Who says a wedding has to be at a beach, a park, or a venue? Why not on the tarmac at an airport?!

Phillip is a commercial airline pilot and wanted to have a unique special wedding for his bride so he decided to have the wedding at the Brooksville Regional Airport. The Brooksville Regional Airport is a small private airport. Phillip rented a small Cessna plane and put pink sashes on the wings. His fiance, Nargeffadat, had only been in United States for less than two months. They are both from Iran. They met on a flight where he was the pilot. After a little conversation they found out they were both from the same town and had a lot in common. 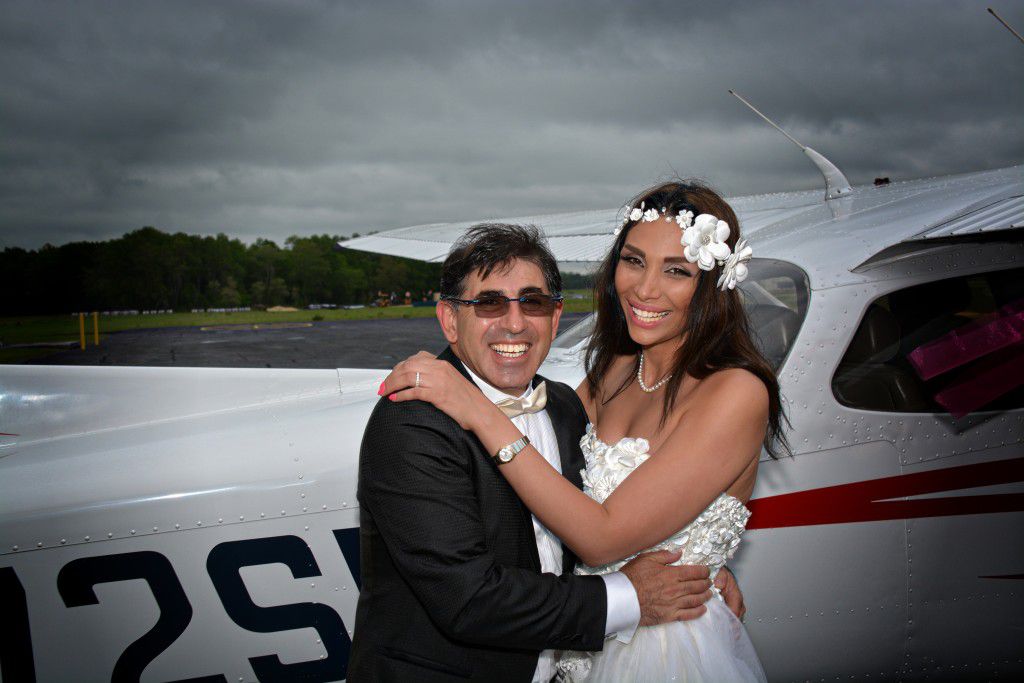 Newlyweds at their Brooksville Wedding Ceremony on Airport Tarmac. Photo by George Sr.

Nargeffadat is as sweet as can be. She couldn’t speak English, but wanted to do the repeat after me in the vows. During their wedding ceremony, I carefully said the vows very slowly so she could repeat;  she did a great job. After the ceremony the plan was for Phillip and Nargeffadat to fly off in the Cessna. Unfortunately the weather wasn’t permissible for a small plane to take flight. 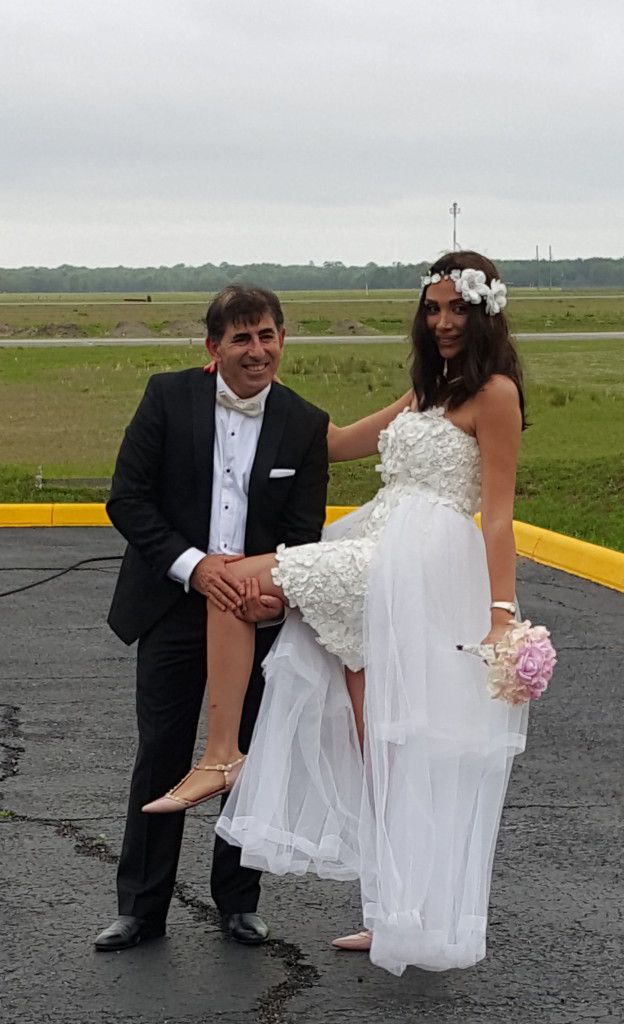 Having fun after the ceremony

They had a few friends attend the ceremony and  family in Iran watched via Skype. George Sr took photos. He took photos before wedding, during ceremony, and captured some fun airport pictures after the ceremony. A champagne toast, food, and cake were enjoyed by all. I provided the two tier vanilla cake with banana cream filling. 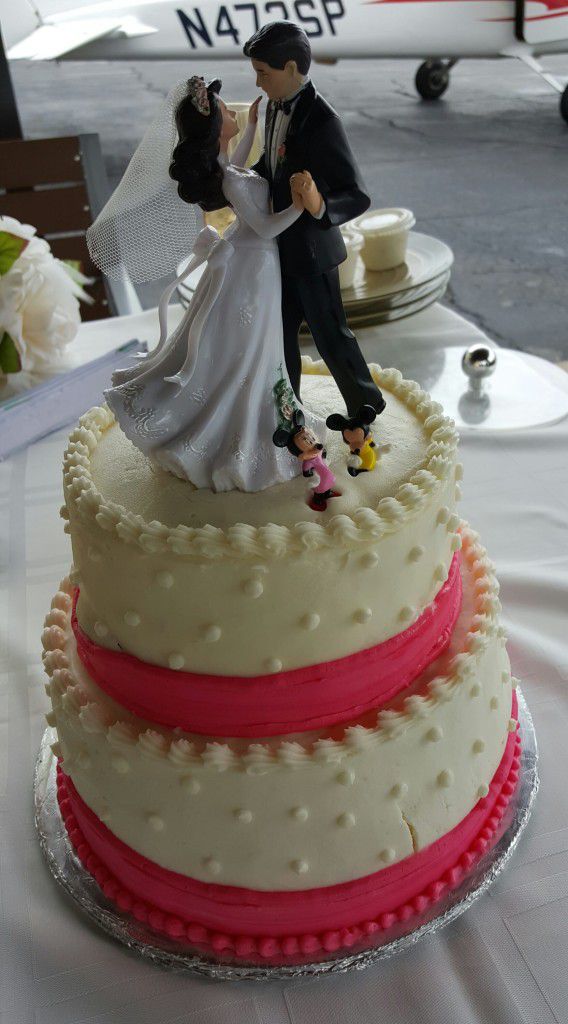 Pretty wedding cake for their Brooksville Wedding on Airport Tarmac

Phillip appreciated all I had done for him in getting cake, arranging photographer, helping with putting the wedding together, and the ceremony. 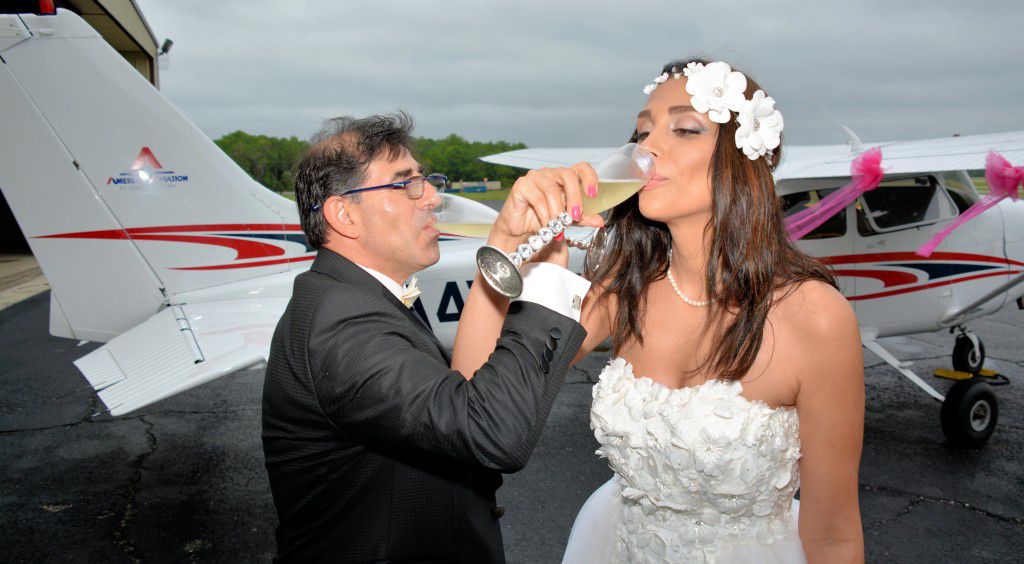 Cheers to the happy couple! Photo by George Sr.