Your wedding is YOUR day! We encourage you to do what you and your fiance want. So many times couples get caught up in what others want and “keeping up with the Jones” that they lose track of what brought them to the wedding. On October 25, 2014, I had the privilege of officiating two small and beautiful Tallahassee weddings.

Leann and Joseph got married at the Piney Z Lodge which is part of the Piney Z community center. There was nice outside green grassy space where the ceremony was held. The inside Lodge had plenty of space for tables, buffet, and dance floor. Leann and Joseph had friends and family helping them put everything together. It was very nice. They had special message next to a picture of Joseph’s mother whom died from breast cancer a few years ago. All the groomsmen wore pink ribbons in her honor. It was very touching. The weather was perfect for their outside Tallahassee wedding and I really enjoyed being a part of their special day. 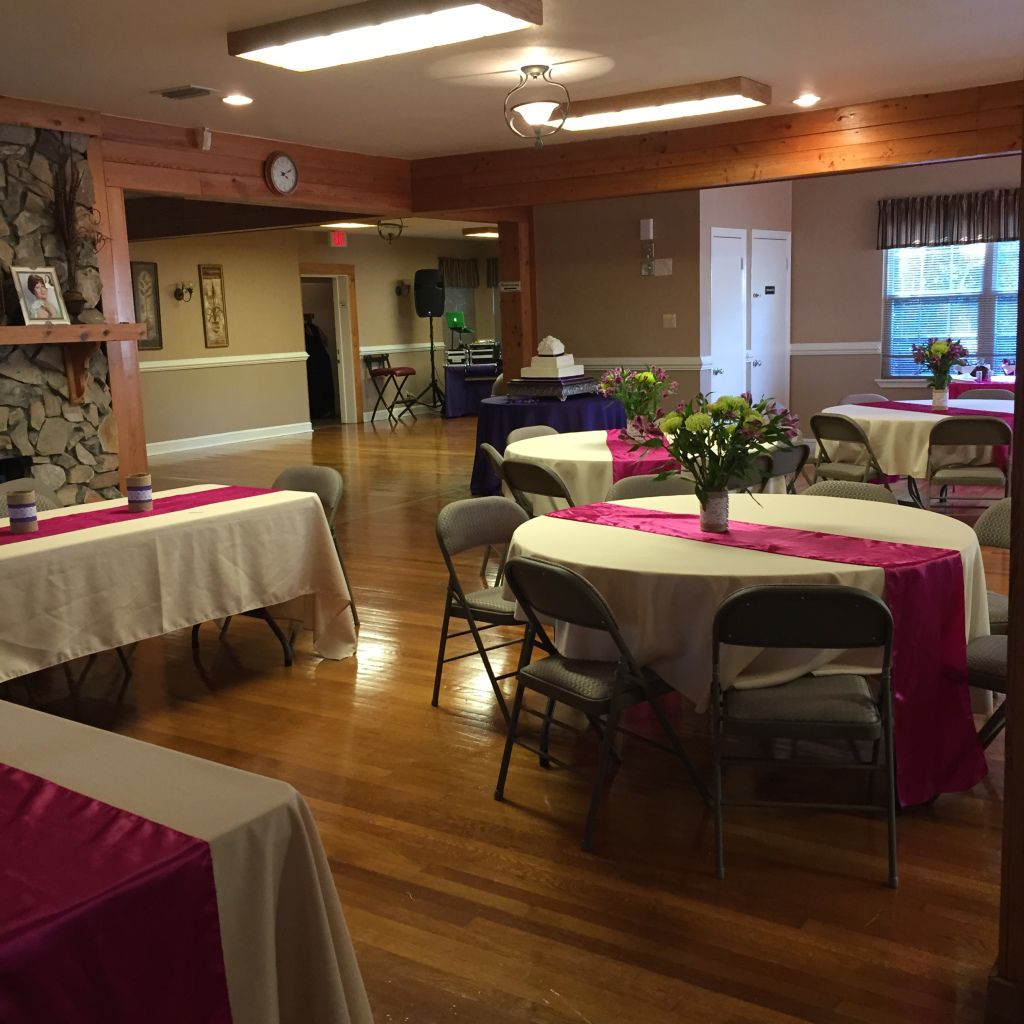 Inside the Piney Z Lodge for Leann and Joseph’s wedding reception. 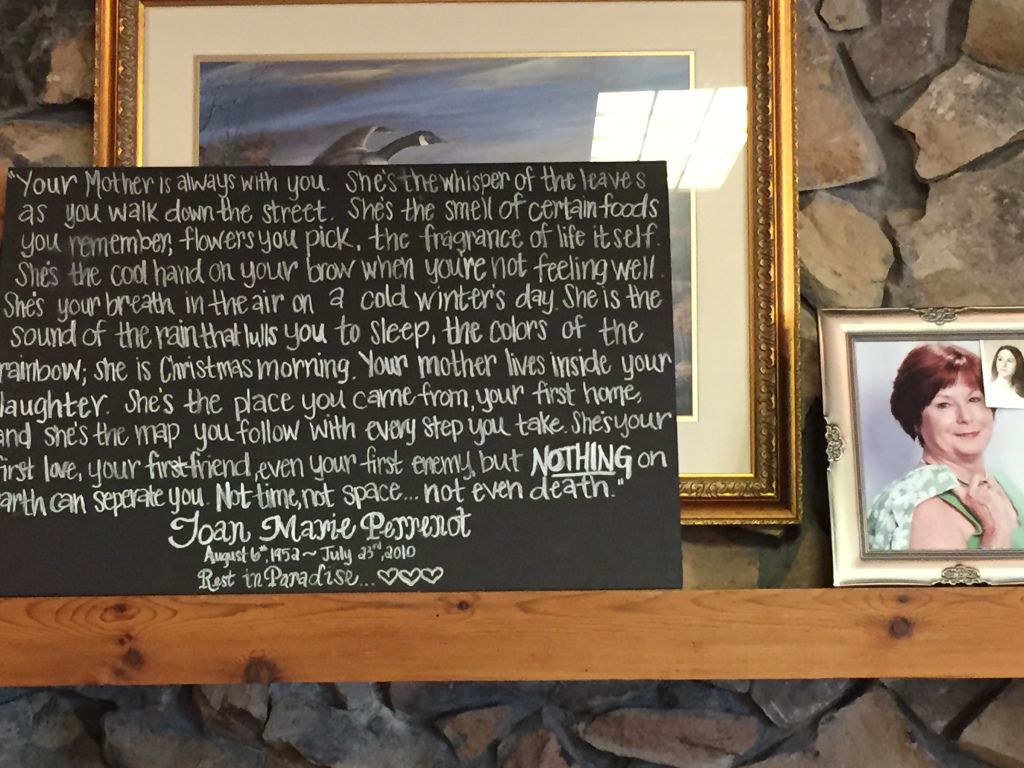 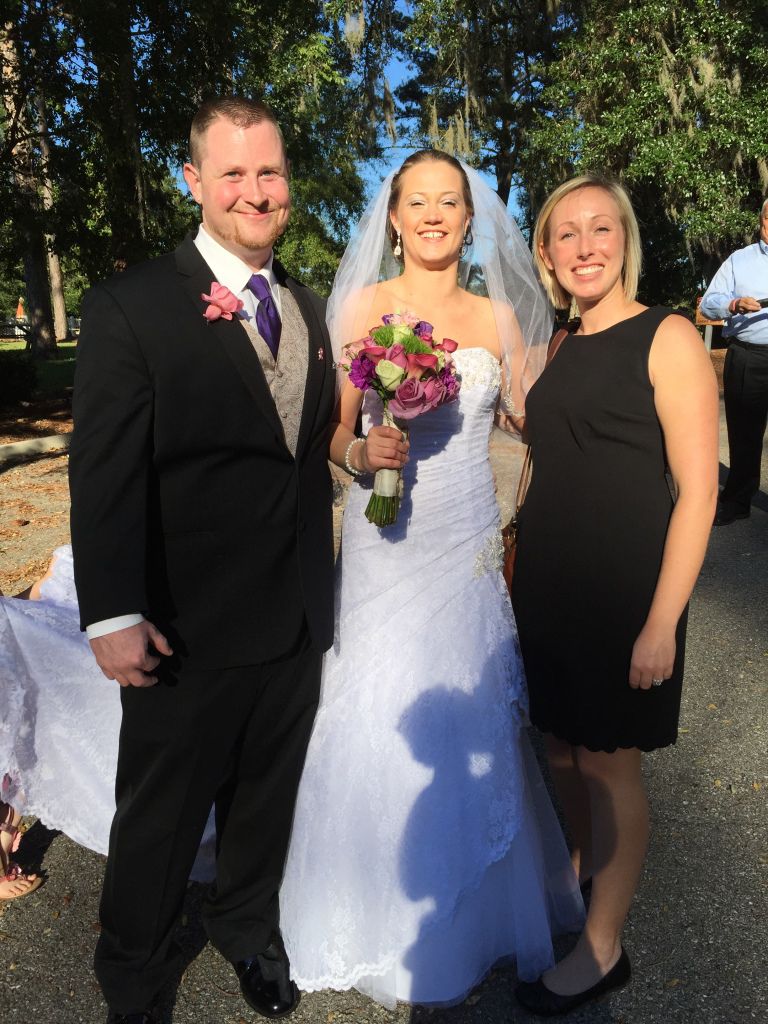 Me with the beautiful Leann and her now-husband Joseph

Later that day I had the real pleasure of officiating Robin and John’s Tallahassee wedding. Robin and John had been together for over 20 years and finally decided they wanted to get married. They live in South Florida and traveled to Tallahassee for the wedding because John’s family lives in Tallahassee. The wedding was held at John’s sister’s house off Ansel Ferrel Rd. About 15-20 friends and family were gathered to witness the joyous occasion. John and Robin were so cute! When I arrived and met Robin in the bedroom she told me they had memorized all the vows; including the “repeat after officiant” parts! They were so excited and so in love. The ceremony was held outside in the grass. White chairs were lined up and under neath a beautiful tree. John and Robin impressed me by saying the vows that are typically repeated. After the ceremony Robin’s mother told me, “I never thought I’d see this day. I am so happy.” Tables were setup outside to have a lovely reception and celebration. It was truly an honor to be a part of their small and beautiful Tallahassee weddings. 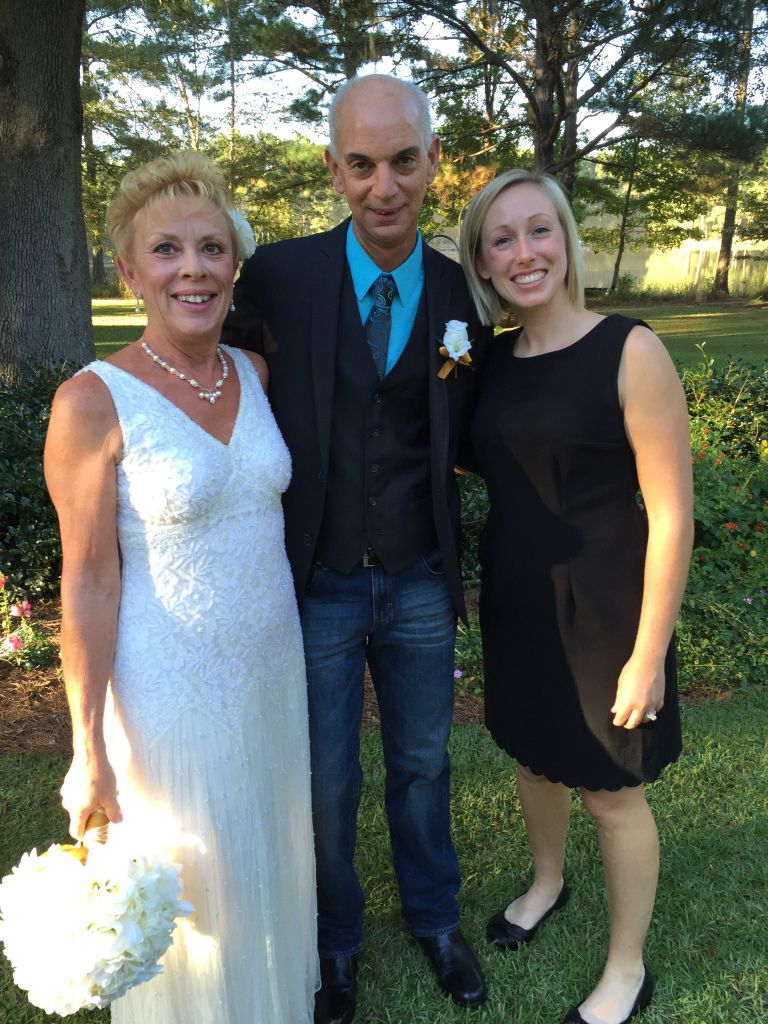 Me with the very happy just married Robin and John 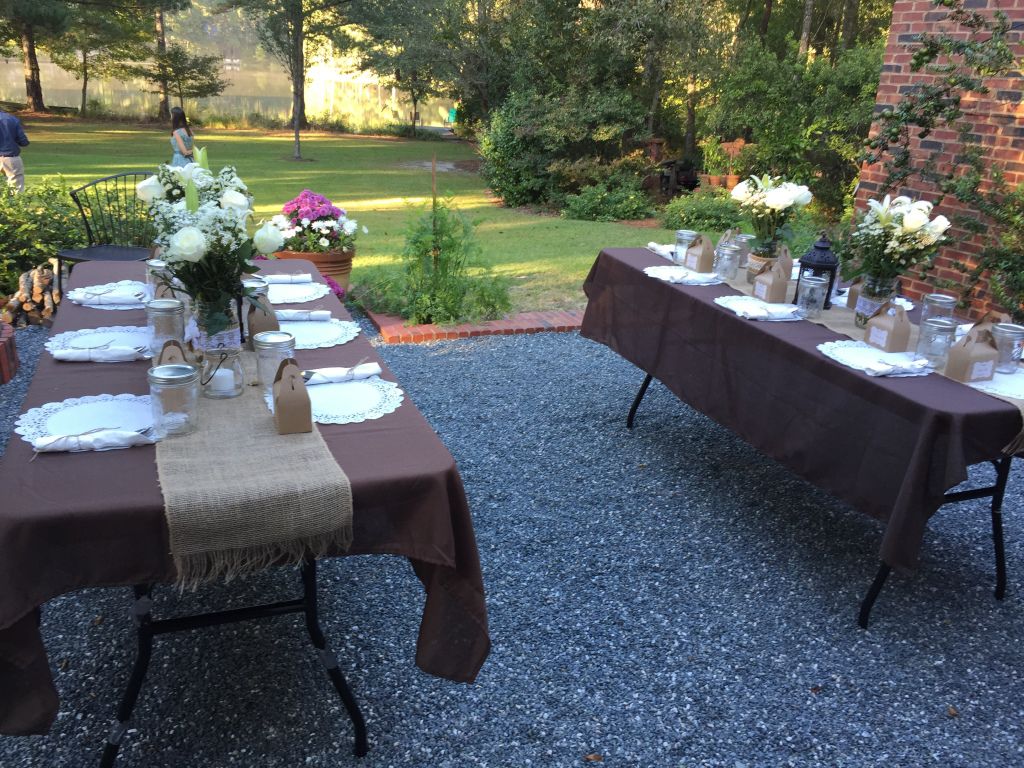 Outside tables for John and Robin’s reception

So please remember as you plan your wedding ceremony it can be any size, shape, color you want. Have fun with your day! These are just a few examples of small and beautiful Tallahassee weddings I have been a part of. For more ideas about planning your wedding please contact me! 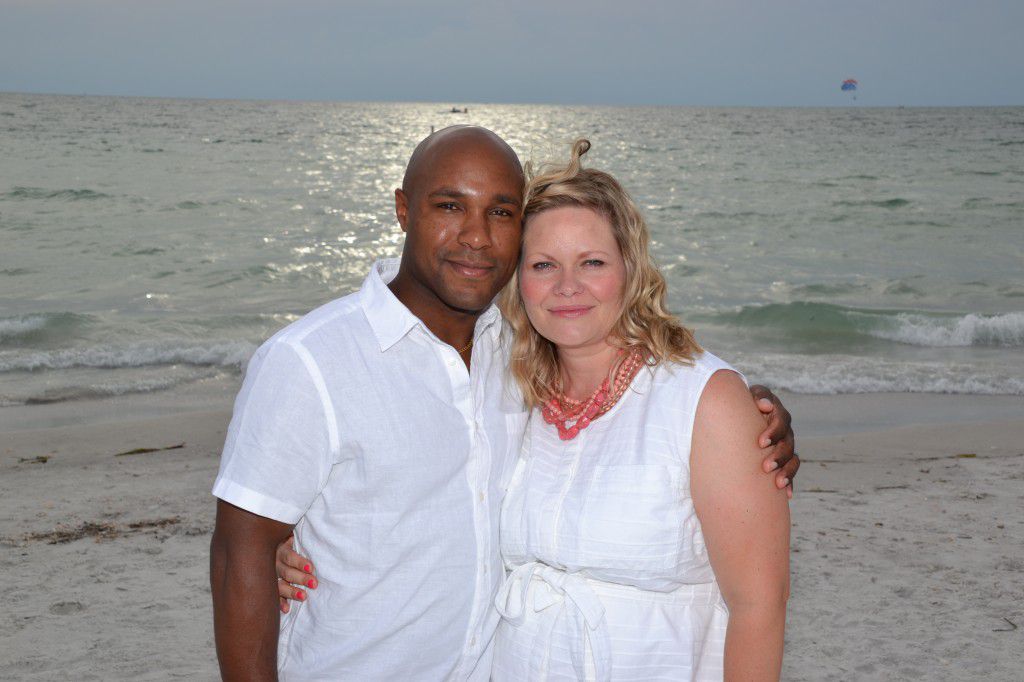 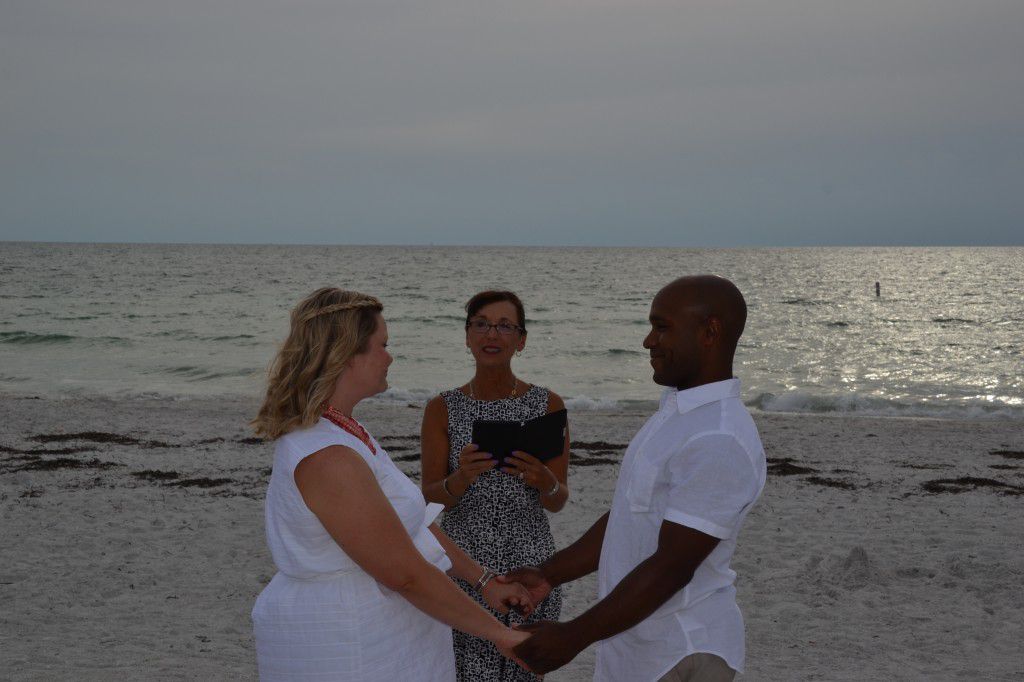 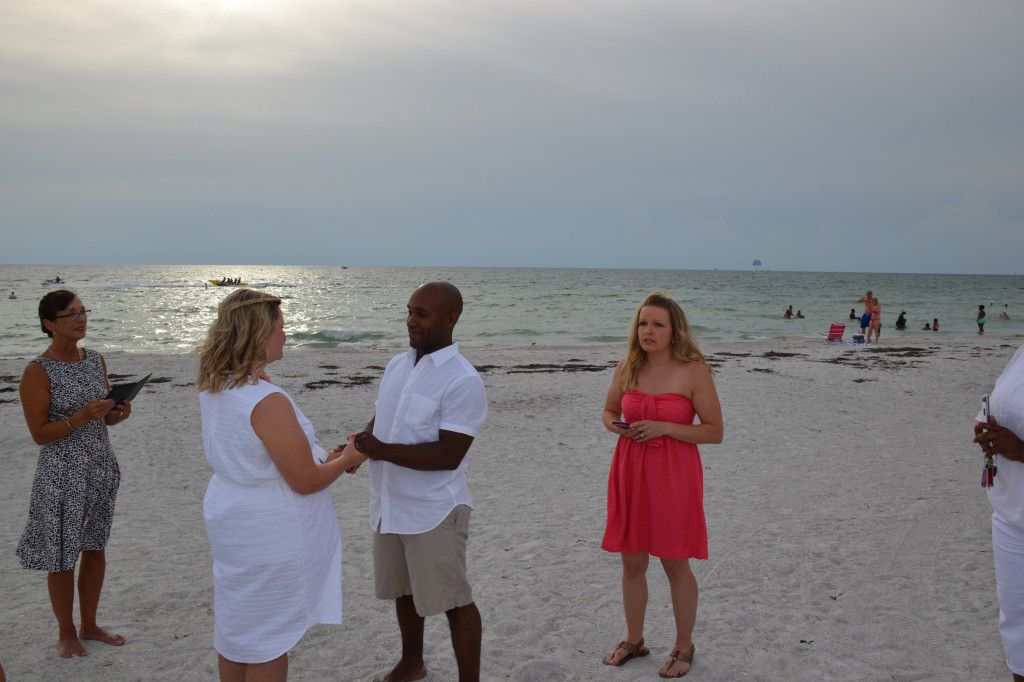