I officiated two New Year’s Eve wedding ceremonies in Tallahassee! How else would an officiant end the year?  😉

My NYE started with a sweet and simple wedding ceremony at the beautiful Waverly Pond gazebo. Chelsey and Brandon have been engaged for nearly 7 years! They decided to end 2016 by getting married. Brandon’s brother was present for the ceremony then they were heading to dinner. It was a very sweet ceremony to officiate. 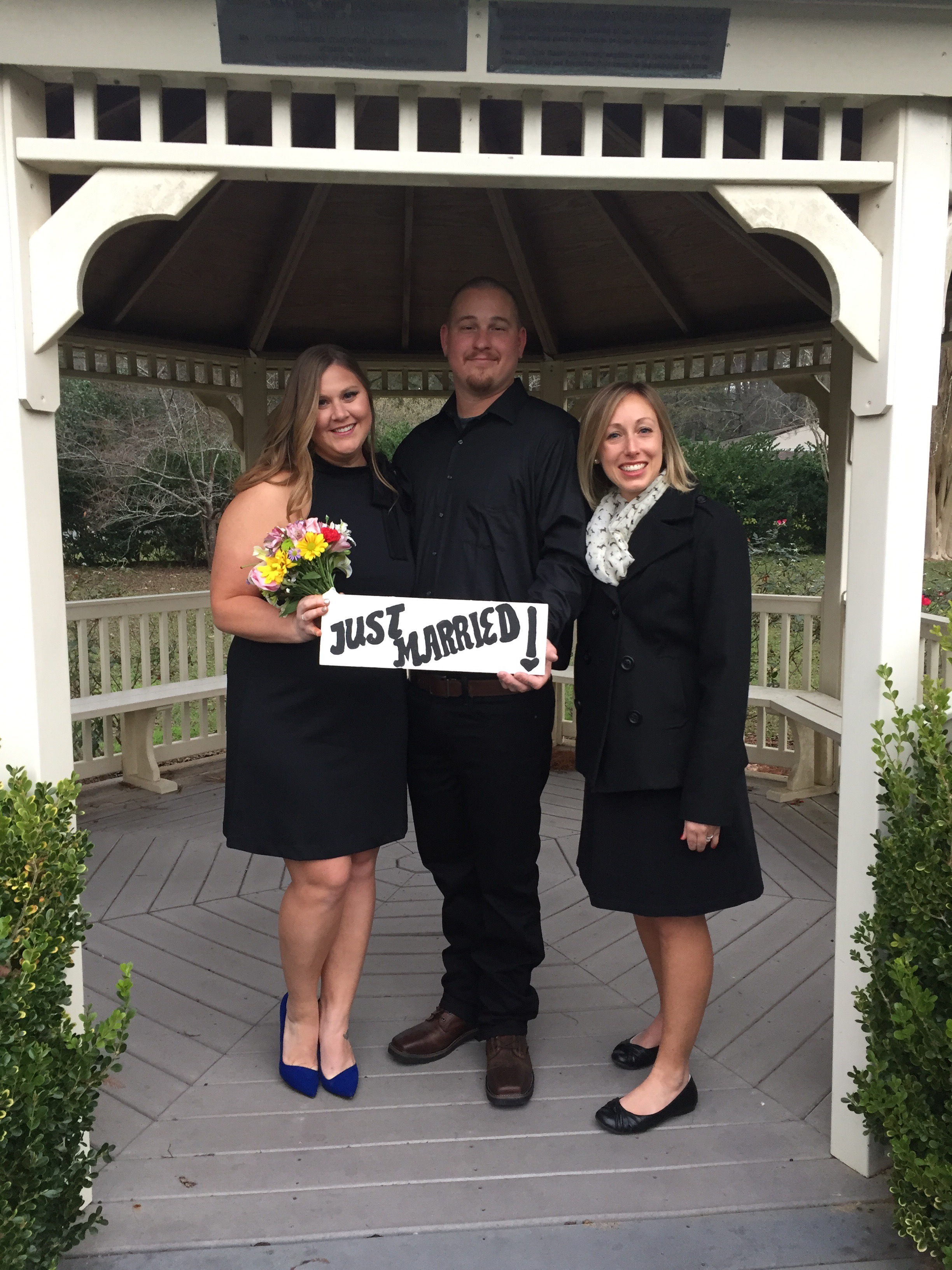 Chelsey & Brandon just married at their simple wedding in Tallahassee

The 2nd wedding I officiated on NYE was for Amanda and Todd at the Four Points by Sheraton Downtown Tallahassee. They had setup the outdoor pool deck for the ceremony. It was really a neat idea, and so beautiful. Amanda and Todd read the most heartfelt vows to one another. You could truly feel the love they had for each other. After the ceremony guests were invited to a cocktail hour on the pool deck which include hot chocolate…because it was a little chilly. 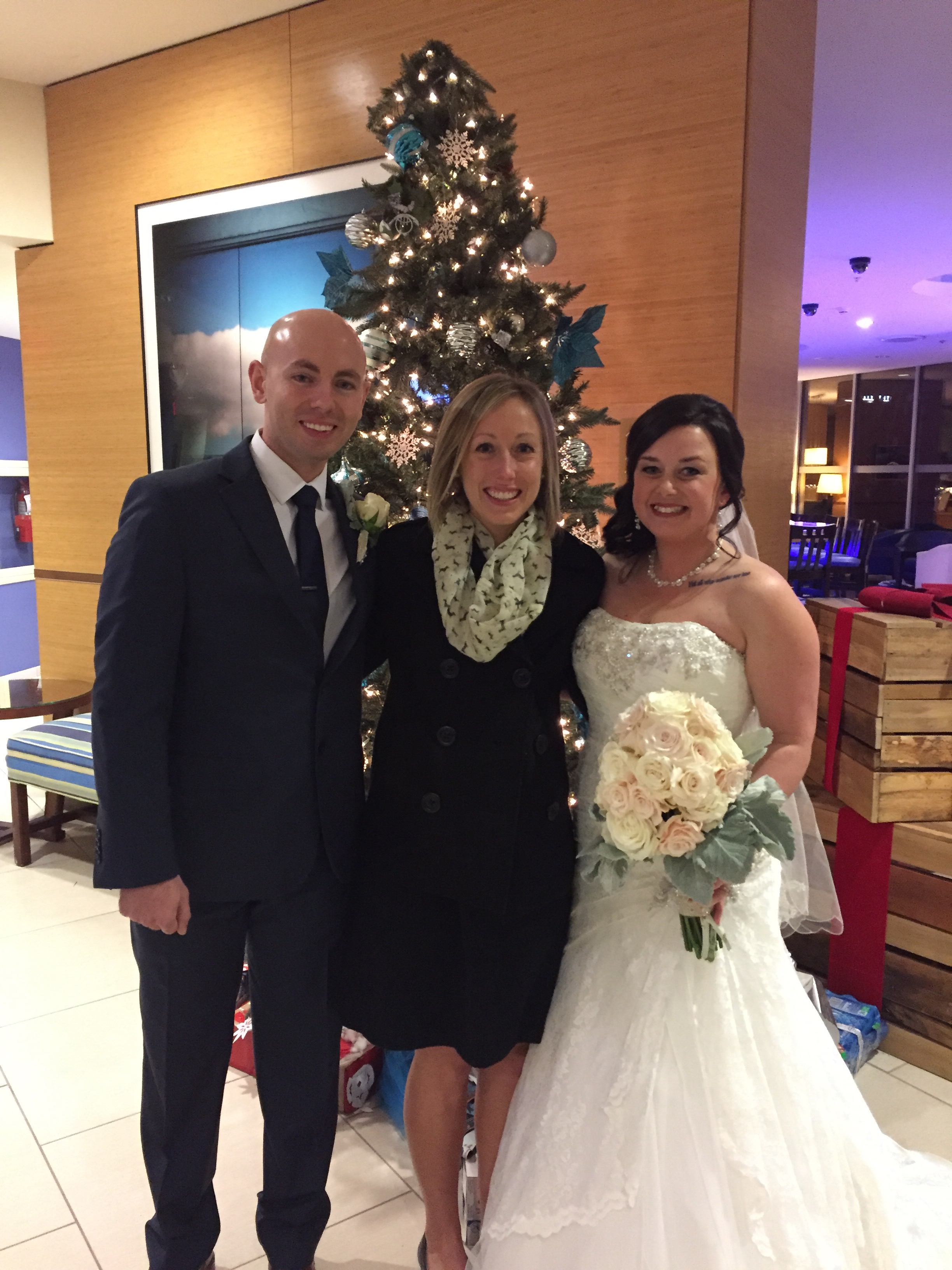 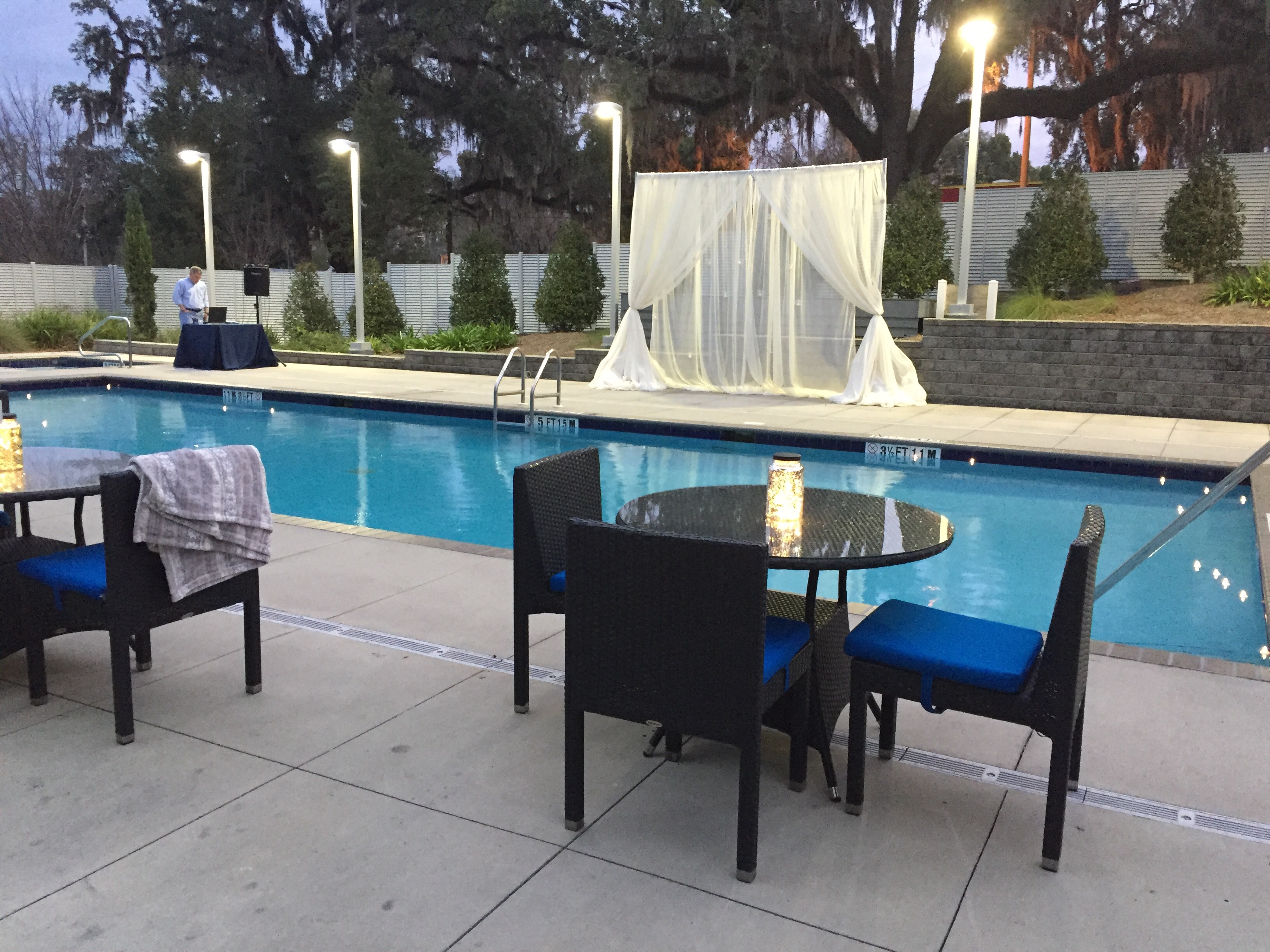 NYE wedding ceremony setup on the pool deck of the Four Point by Sheraton Downtown Tallahassee.

These two 2016 NYE Tallahassee wedding ceremonies were the perfect way to end the year. I am so grateful to all the couples I officiated weddings for in 2016!!

Cheers to a 2017 full of love and happiness! Xoxo, Amanda