It wasn’t a joke! Stephanie and Christopher were married on April 1, 2016 in Tallahassee! I worked with Stephanie for a long time putting all the details together. She wanted a sweet and simple wedding ceremony setup. Stephanie and Christopher have 3 children and wanted to have their kids involved in the ceremony and invite a few guests. I put together a sweet and simple Tallahassee wedding ceremony package which included, 20 chairs, ceremony officiant, photographer (Lance Oliver), and ceremony decoration.

The plan was to have the ceremony at Lafayette Heritage Trail Park but the weather was not looking good so we made a quick change. I found a big gazebo in the Camelot neighborhood in Tallahassee. It easily fit 20 chairs and the decorations. Stephanie was very pleased with this alternative location. 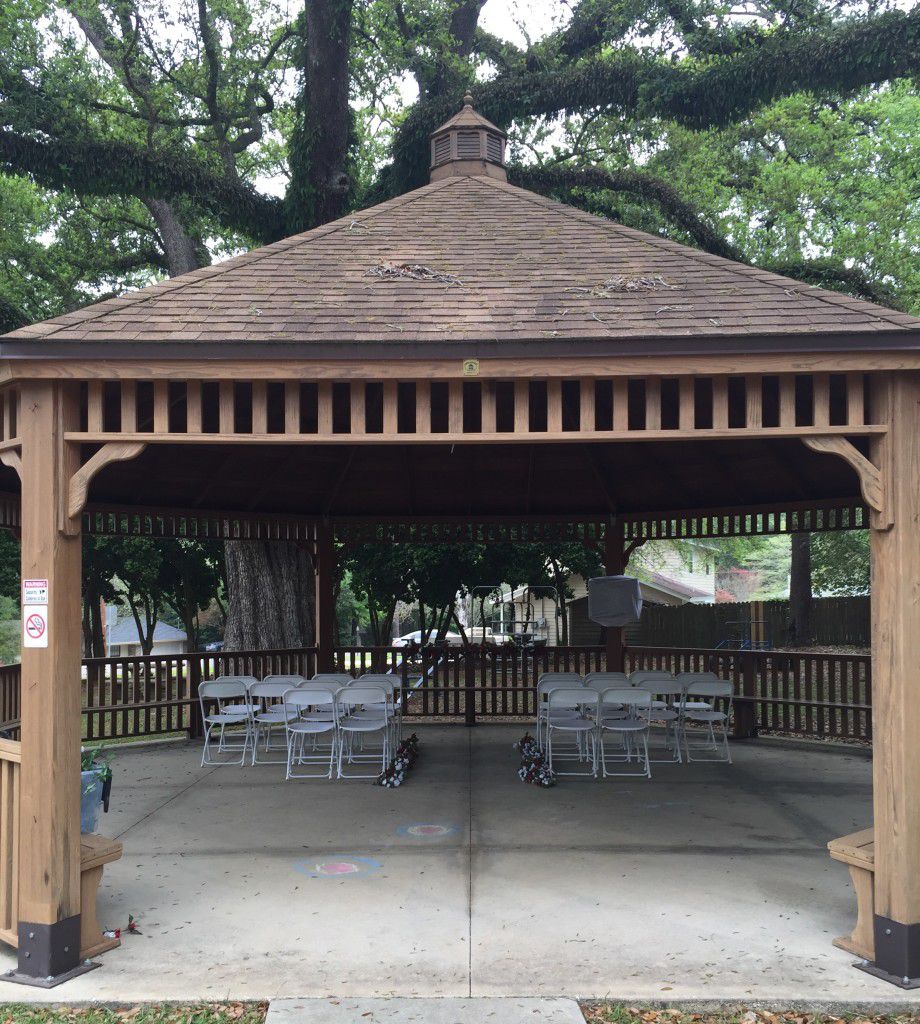 On the wedding day, I arrived to the gazebo early. I setup decorations and chairs. Guests began to arrive. Stephanie wore a pretty dress and Christopher had a suite with a red tie. Their little girls wore red dresses. 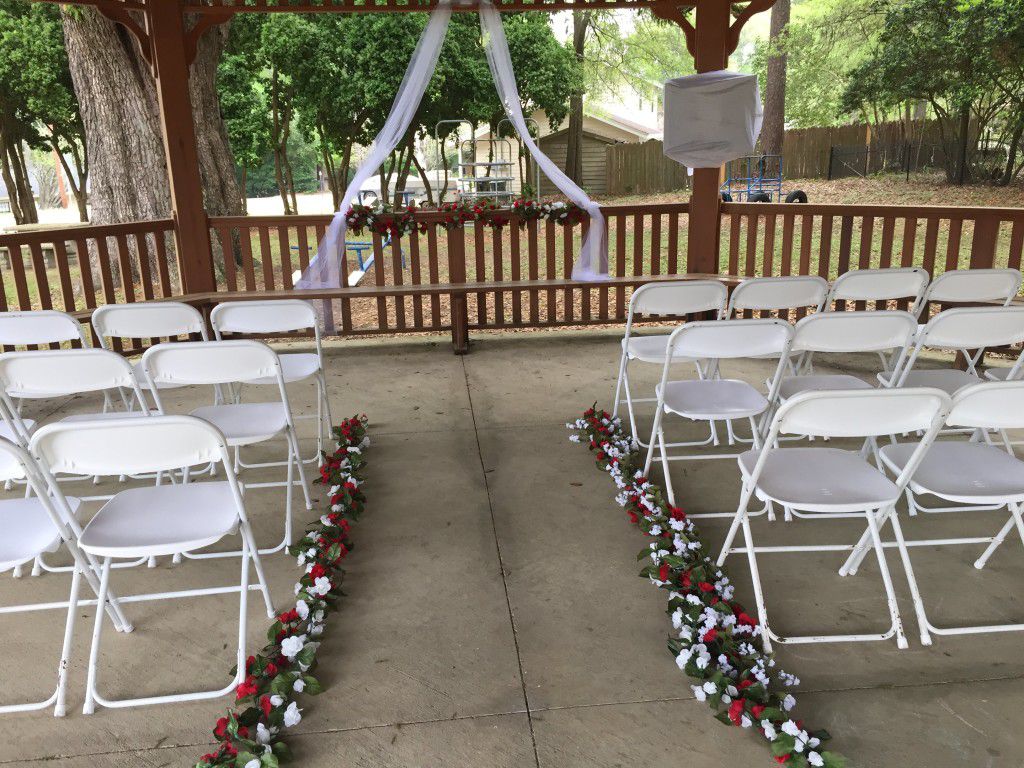 I officiated their ceremony which include a unity chocolate ceremony where they shared chocolate with each other and a love wine box ceremony. They also gave their girls a ring prior to exchanging their own rings. It was very nice way to symbolize the joining of their family. 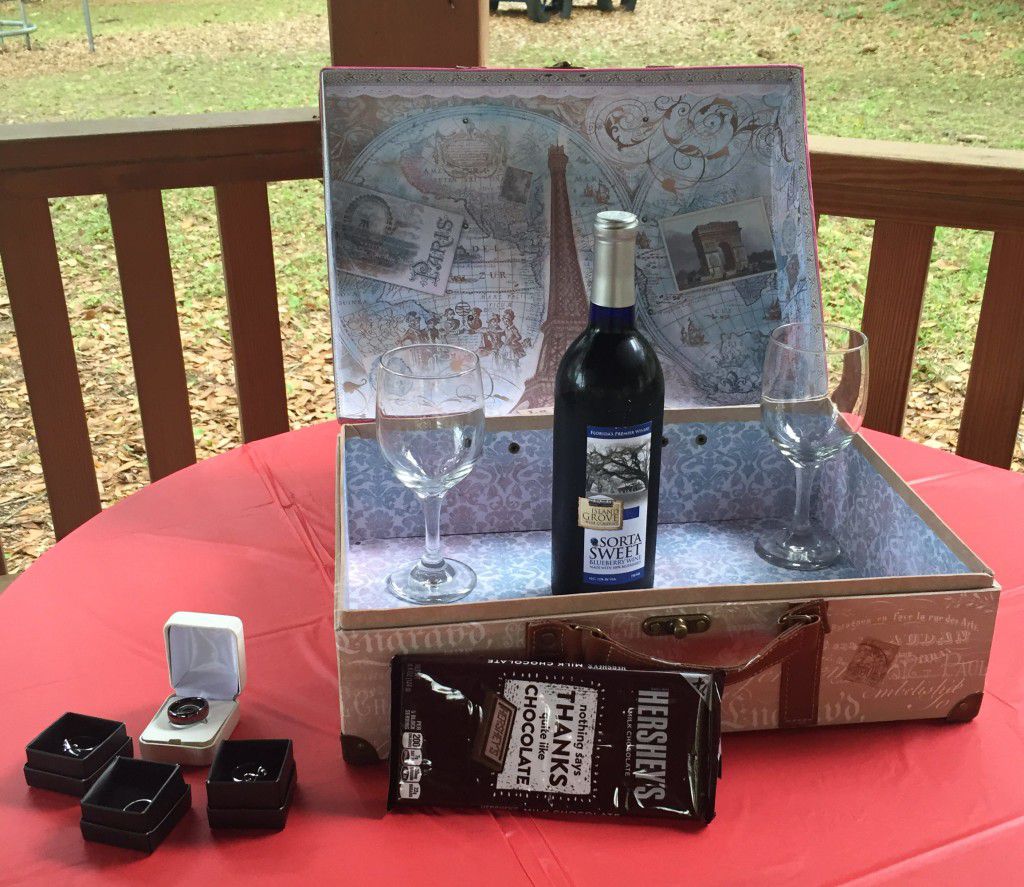 Rings for bride and groom and for their 3 daughters. Unity chocolate sharing and love wine box ceremony setup.

After the ceremony group pictures were taken and celebration began! Everyone was happy– no joke!!!