Steve contacted me about performing his wedding on Dec 31, 2014. He was traveling to Florida with his fiancé and their daughters from Illinois to visit family members in Ocala. While on vacation they wanted to get married. Steve wanted everything to be just right for their wedding. He had never been married and wanted to plan a nice wedding with family and a few friends. He inquired about our wedding packages and asked me if we had, “one of those things you stand under.” Hehe! Too funny! I asked him if he meant an arbor or an arch and he said “yeah, yeah that’s what I mean.” I directed him to our website and showed him the Clearwater Beach Specials that we offer. It sounded just like what he wanted. The arbor, photographer, and table and clothe for a sand ceremony. He had us add 10 folding chairs, a video, and music. He was very excited about having put together the package and that I was able to accommodate him for his New Year’s Eve Day Clearwater Beach Wedding Ceremony. 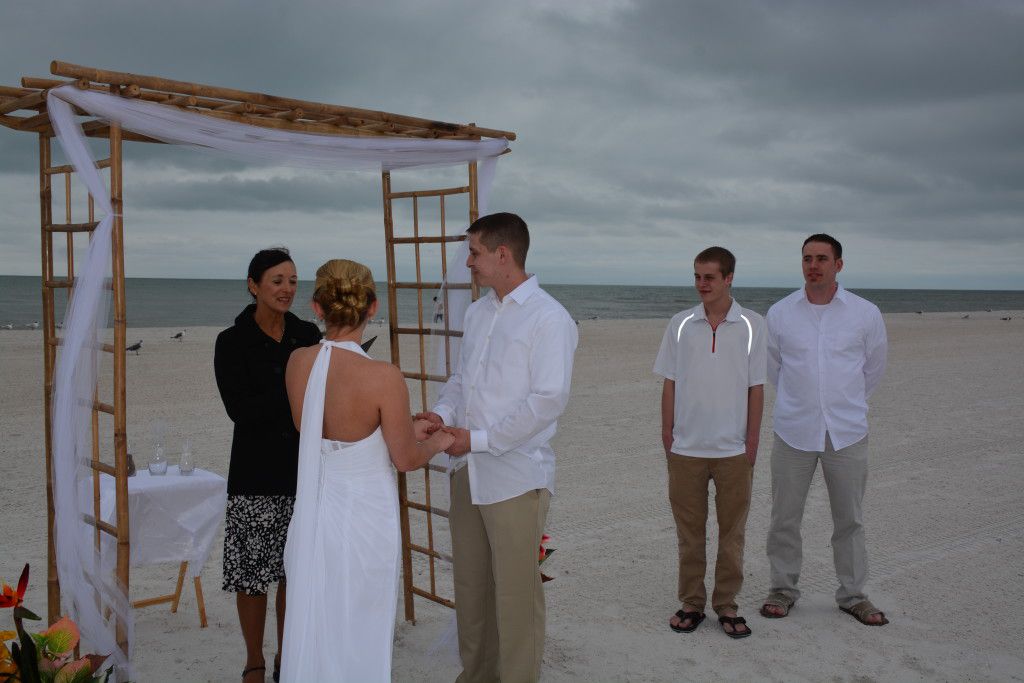 December 31 was a chilly day on Clearwater Beach. When Steve arrived he had some flowers to decorate the bottom of the arbor. 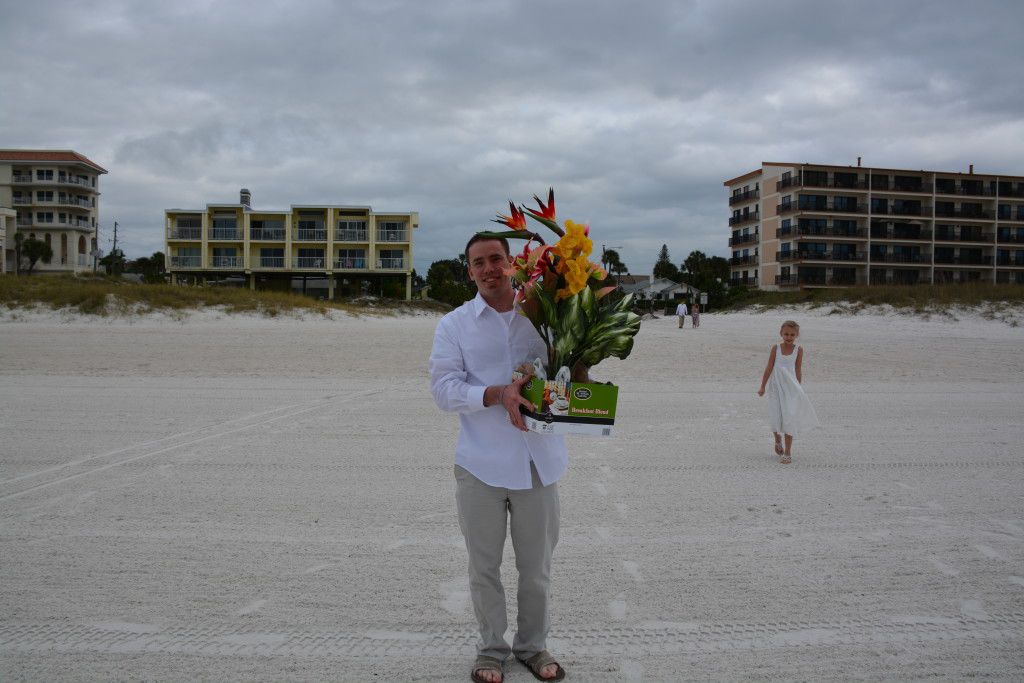 Steve getting ready for his Clearwater Beach Wedding Ceremony. Photos by George Sr.

Amber walked down the beach to the instrumental version of 1000 years . Their three daughters were in the wedding; the baby was pulled in a wagon. 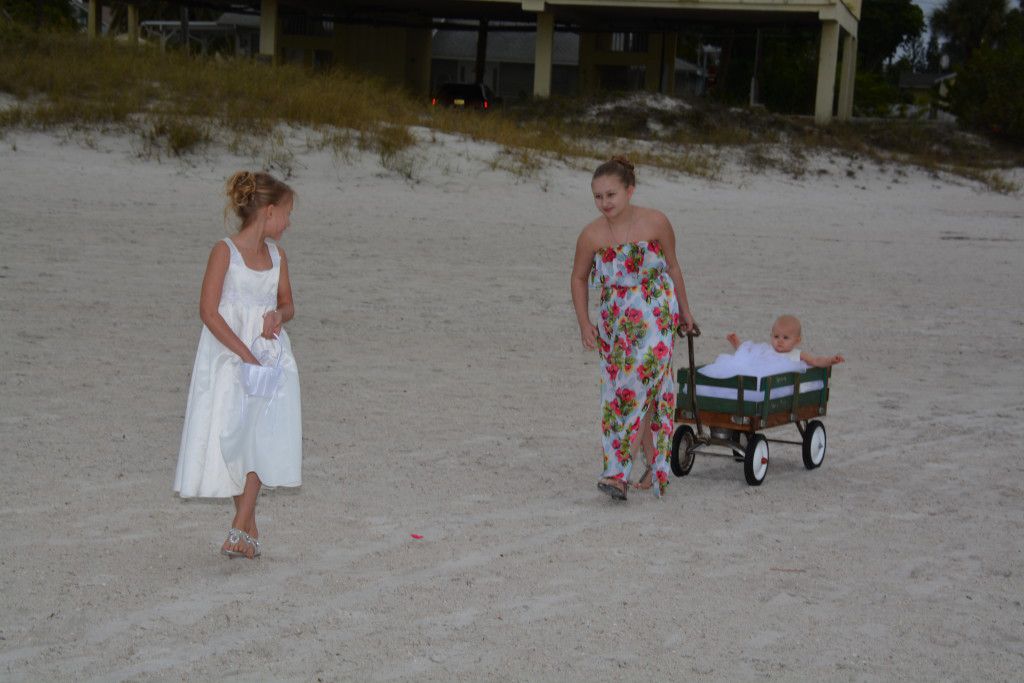 Baby being pulled in the wagon. Photos by George Sr.

George Sr. took photos and video for Steve & Amber. After the ceremony while George was taking photos I spoke to Steve’s Grandmother who was so happy for them. She told me that Steve & Amber had been together since they were 15 years old. They own a house, he is a hard worker, has a good job, and they have their three daughters. Steve had told his Grandmother that the only thing they were missing was marriage. She was so proud of him in putting together a beautiful Clearwater Beach Wedding Ceremony. It was something he really wanted to do. Amber held back tears as the vows were recited. They are a great couple and I had a wonderful family with them. 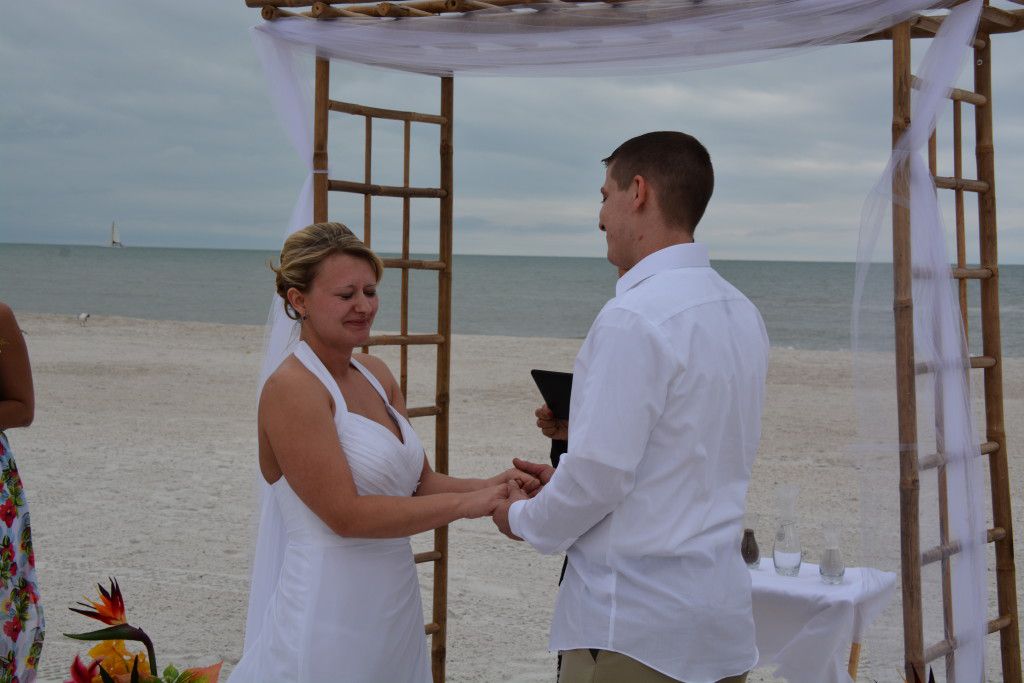 Amber holding back tears of joy during their Clearwater Beach Wedding Ceremony. Photos by George Sr. 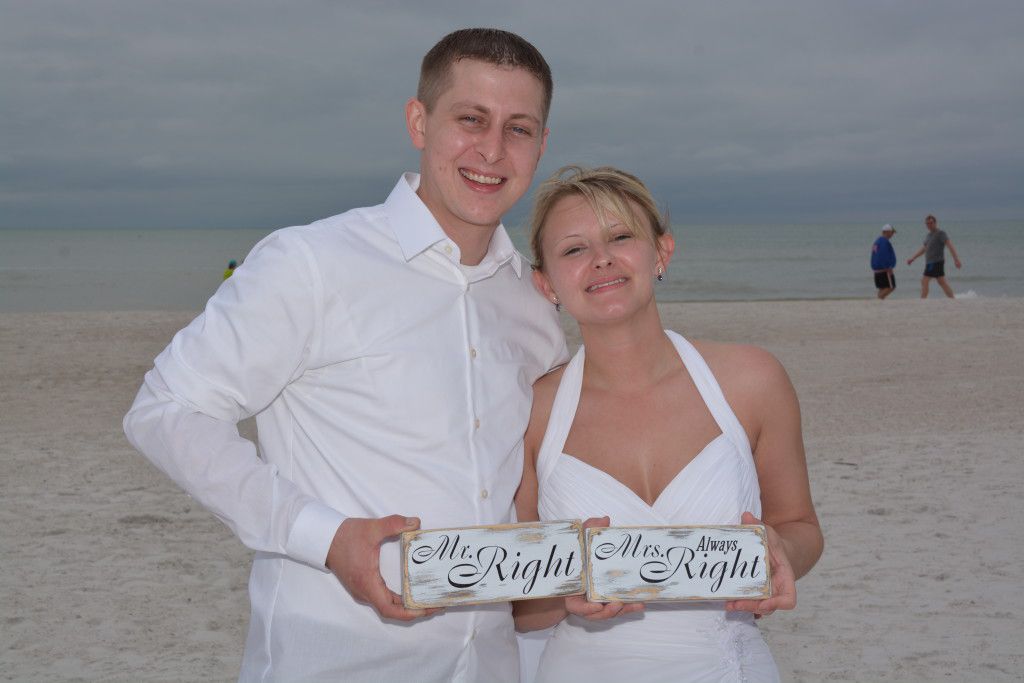 The newly married Steve and Amber. Photos by George Sr.

They were so pleased and thankful. Steve said our service was beyond what he ever expected. They would be staying in Florida until the end of the week before heading back to cold Illinois. 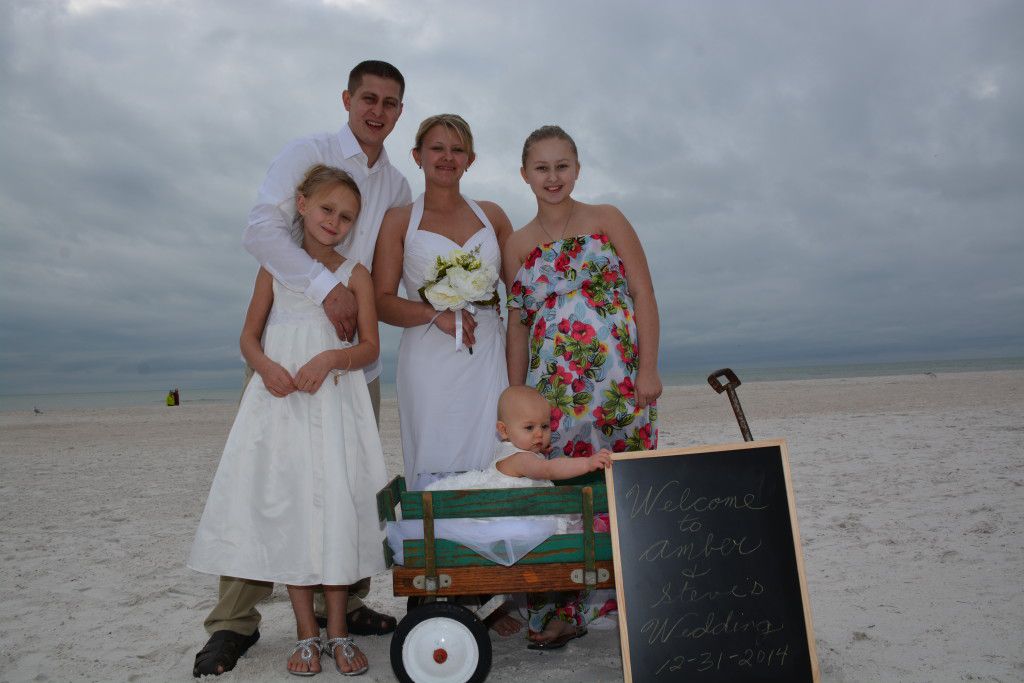