Todd contacted me to perform an elopement ceremony on St Pete Beach. He had contacted several hotels only to find that they would have to go through their resort with a package in order to have a ceremony on their hotel grounds. He just wanted something simple with a photo package.  Todd & Marlana wanted a sunset wedding on the beach.  I suggested that he contact one of the smaller hotels that they are usually ok with having a ceremony on their grounds.

Todd found a nice little resort Bon-Aire Resort right on the beach. It was small, simple, and they would be delighted to let them have their wedding on the beach. He asked me to “Save the Date” and that they wanted George Sr to do photos.

Marlana corresponded with me about the types of photos that she wanted. She’s very creative and wanted different tones and some black and white photos.

Todd lives in Tampa, however, Marlana commutes from Tennessee until her son finishes school in June. Todd sent me a text the day before wedding that he was on the way to the airport to pick her up and was so excited.

We met them at their hotel. Marlana was just doing some finishing touches in getting ready. Marlana was showing us the bouquet she had made out of paper. It was so pretty. They were both so excited. She wore a short simple white dress, with a little hat that had just the right veil to accent her face. 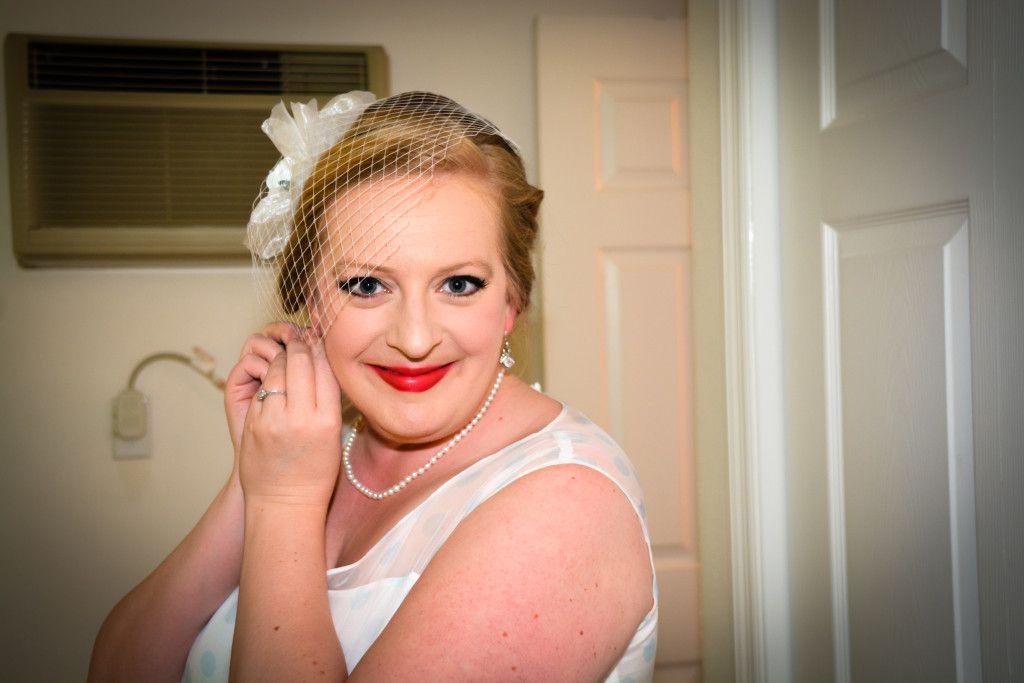 It was an absolutely gorgeous sunset.  They both showed so much love for each other as I read the beautiful vow piece that they put together. 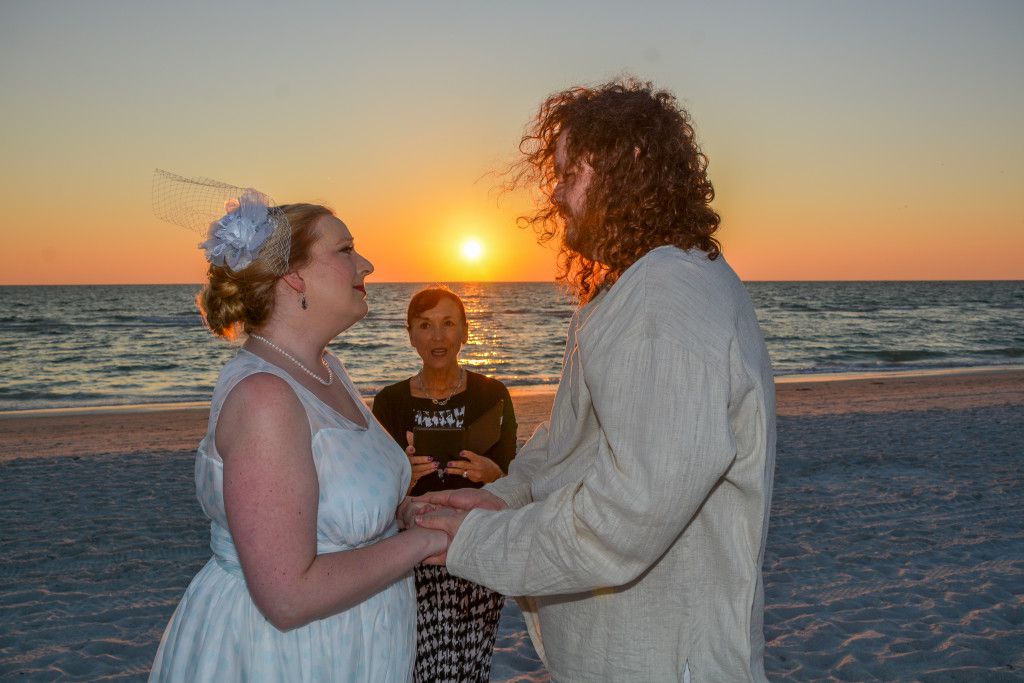 George took all kinds of pictures of them having fun together after the ceremony. 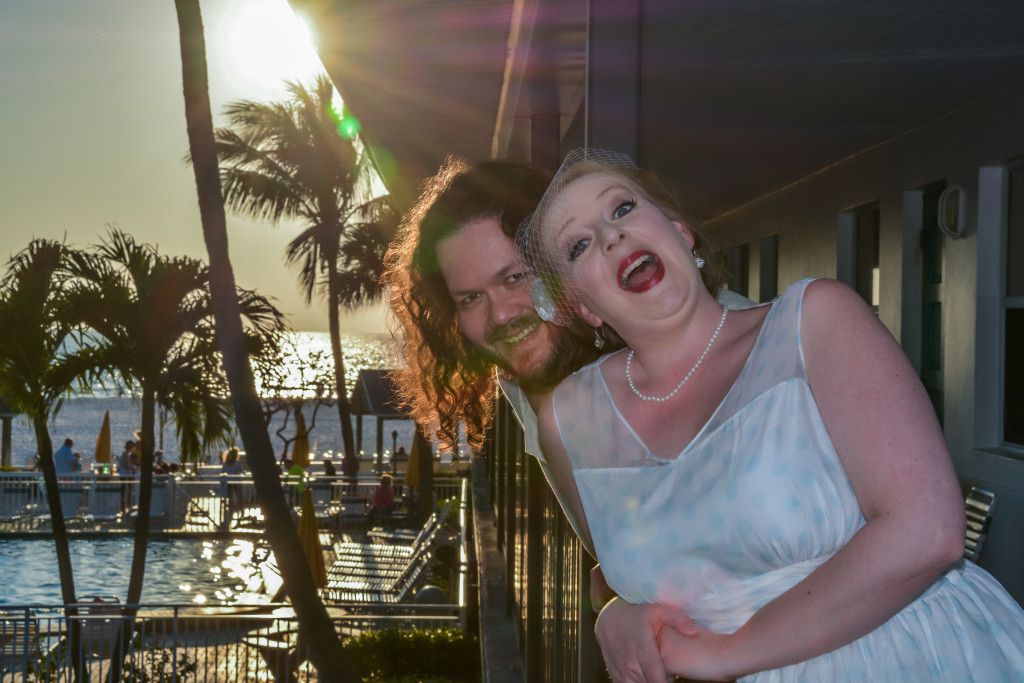 The newly weds having fun! Photos by George Sr.

Marlana & Todd sent us a message after saying, “Thanks again, to you and George, for your time and support! It was exactly what we wanted.. Couldn’t have made it without your advice and guidance.” 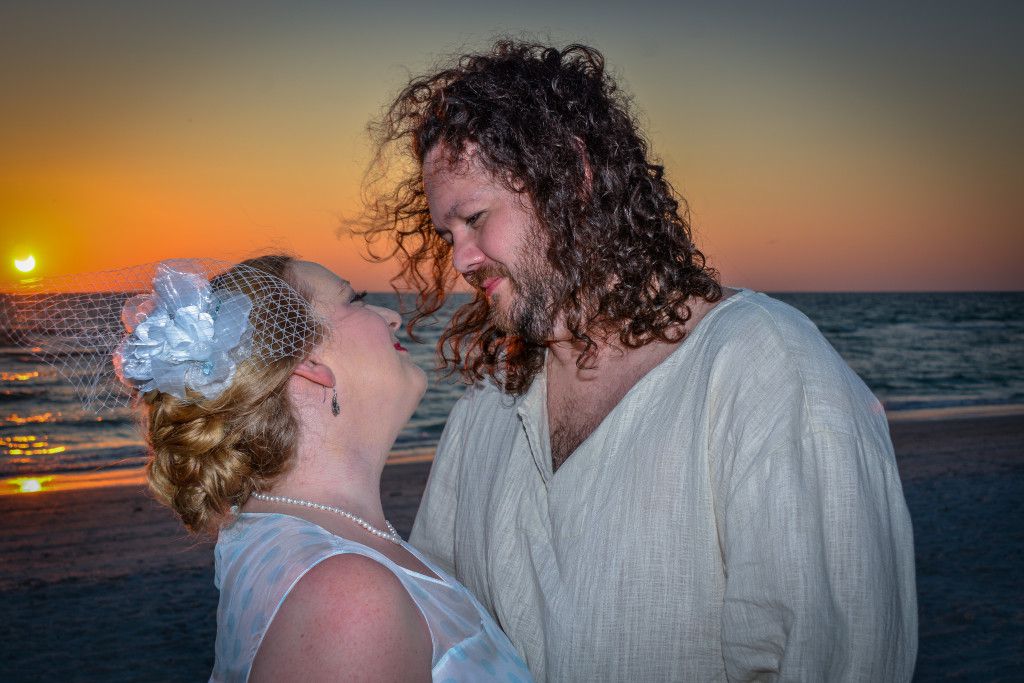 Love is all you need….and us to make you’re perfect Elopement Ceremony on St Petersburg Beach 😉 Photos by George