We decided on a sunset Honeymoon Island wedding ceremony in Dunedin Florida.  Monday was a beautiful night. Jessie and Inga were very pleased with the location. They couldn’t believe how beautiful the white sand was and how gorgeous the beach was. I performed the ceremony just as sun was setting. 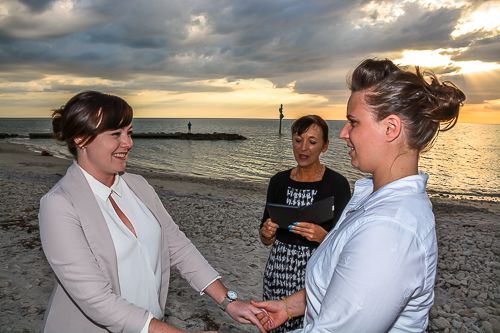 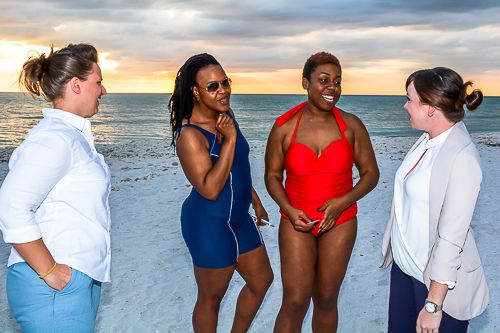 Jessie and Inga were going on a road trip for their honeymoon. First they were driving their cool convertible that they rented down to Miami. They were then continuing down to Key West and then heading back to Canada. They were going to be having a large wedding at a later date in Canada. 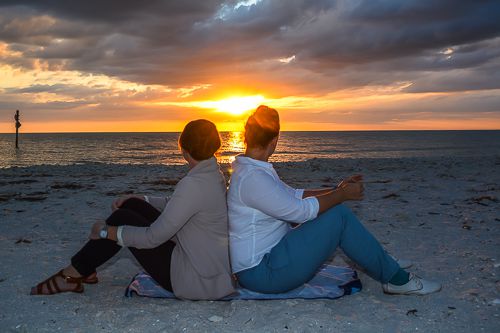 It was a beautiful night for their Honeymoon Island wedding ceremony. Photos by George Sr.

Jessie and Inga were so pleased with our services. They asked for one last picture….them driving off in the sunset. They thanked us so much. They were a fun couple and we totally enjoyed being a part of their Honeymoon Island wedding ceremony. 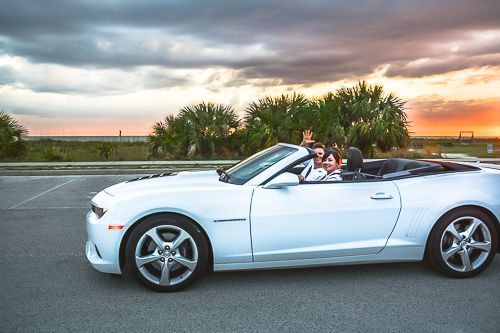 And they lived happily ever after… Photos by George Sr. 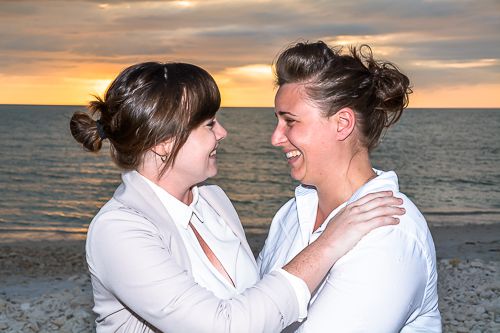