Ken & Solveiga were married on Thursday. I officiated their Sand Key Park wedding ceremony and George Sr. took pictures. Ken & Solveiga were visiting Florida from Norway. They were staying in Orlando and wanted to be married at sunset on the beach. Ken wanted our Tampa Elopement Wedding Package #3 . He asked me for my suggestions for a nice beach to have ceremony at sunset. He said he wanted something Florida themed maybe with a surf board or something like that.  I recommended they have a Sand Key Park Clearwater wedding ceremony and he agreed. He called me when they arrived in United States to confirm;  they were SO excited. He said it was 5 below when he left Norway so they were loving the Florida weather.

On day of their Sand Key Park Clearwater wedding ceremony we had picture perfect weather. It was a nice temperature with some cool wind. We typically don’t have surfers at the beach in Pinellas County, but we had enough wind that day that a number of surfers were out on the beach. 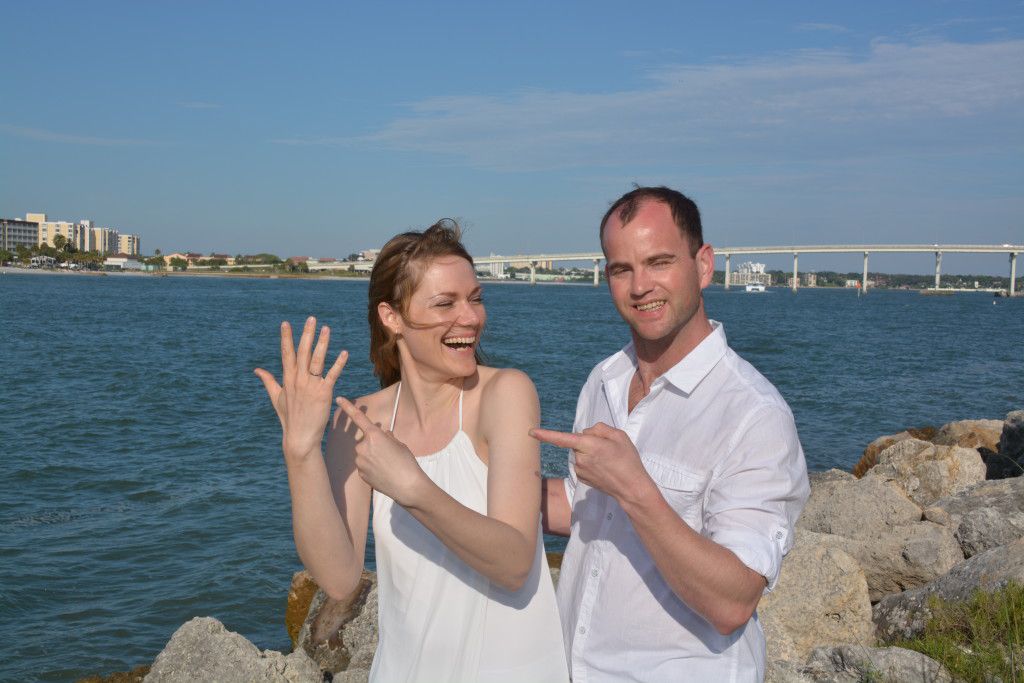 I made a pretty rose pedal heart in the sand and had them stand it for the ceremony. George Sr was doing photos. 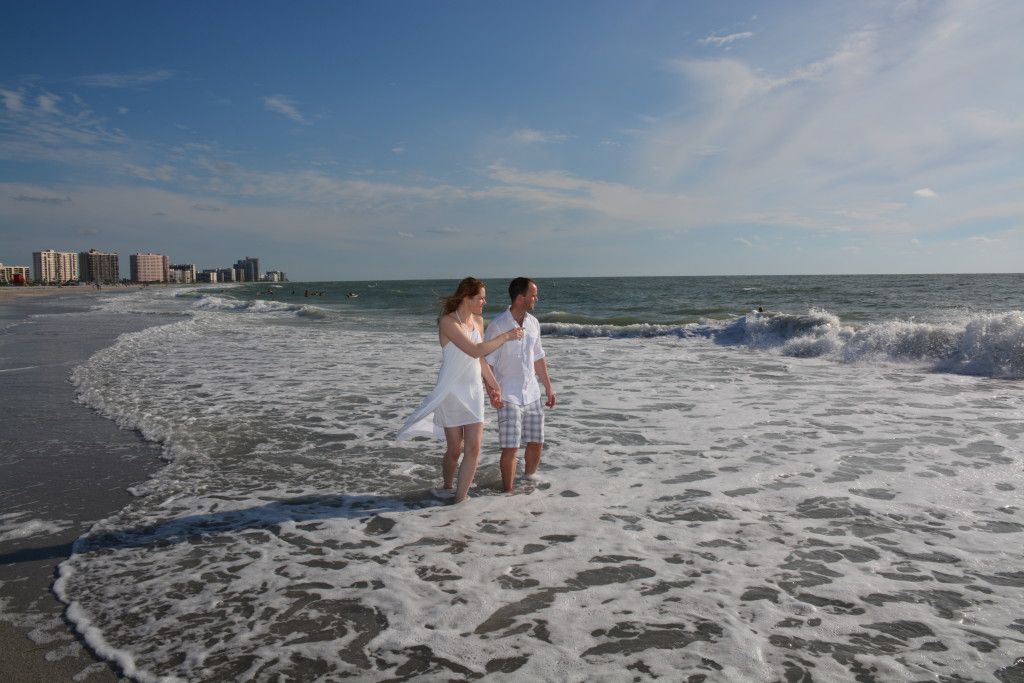 It was the PERFECT day for Ken and Solveiga’s Sand Key Park Clearwater wedding ceremony.  Photos by George Sr.

Solveiga was so emotional when saying her vows that she just burst out crying and couldn’t compose herself. I had them hug while she pulled herself together then continued on with the ceremony. They were such a happy loving couple. After the ceremony George Sr was taking photos and noticed a surfer just putting his board down and kind of watching us. George politely asked the surfer if we could use his board for a few photographs explaining that our couple from Norway were just married and would love it for a few photos. The surfer gladly let us use the board…and he even took a few photos himself– everyone loves a wedding 🙂 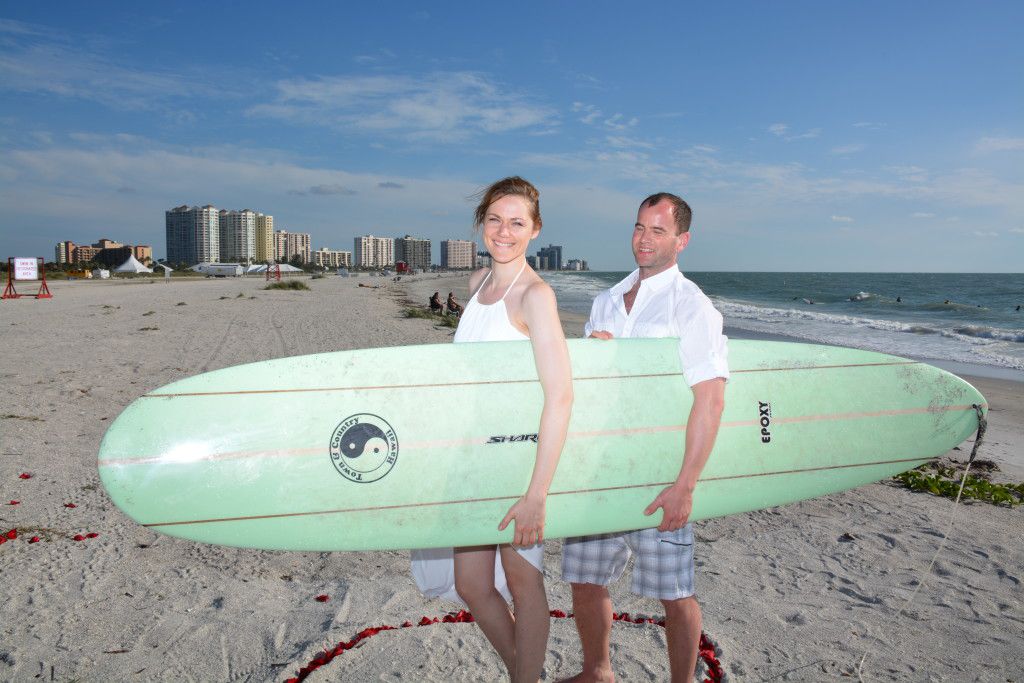 Ken and Solveiga got their “Florida” surfer picture 🙂 Photos by George Sr.

Ken & Solveiga met on matchmaker.com. They were going to be spending the rest of the week in Orlando.

Ken e-mailed me this morning and thanked me for a few of the photos that I sent him right away.  He said, “We are thrilled about your service and thanks for the beautiful pictures!”