Is it the Caribbean?? No it’s beautiful Siesta Key Beach. Diana & Chris hired Charmaine to perform their elopement ceremony on the morning of Friday, July 25th at Siesta Key Beach. They also hired George Sr. to take photographs. They were traveling to Florida from Virginia Beach for the weekend. Diane had been to Siesta Key in the past and remembered the beautiful white sand and knew that’s where she wanted to be married. Diane & Chris met a little over a year ago on Match.com. They both lived in the same small town near Virginia Beach. Diana said that Chris had actually sat behind her parents at their church on many occasions before they met each other. They were going to get married next Spring, but were going to Jacksonville for an International Pageant that her sister was participating in so they decided that they would continue on to Siesta Key and elope before going to the pageant.

It was a gorgeous morning for a Siesta Key Beach Wedding Elopement. The clouds were white & puffy and the ocean was just a greenish blue color surrounded by the white sands. Diana had a beautiful bouquet of flowers that she got from Flowers by Fudgie. She had a bouquet with white daisies & pink roses. She especially wanted the daisies because she had a cat that was named Daisy. She no longer has Daisy, but she was very special to her & Chris. In her wedding vows she paid tribute to the cat and referred to her “little girl Daisy”. 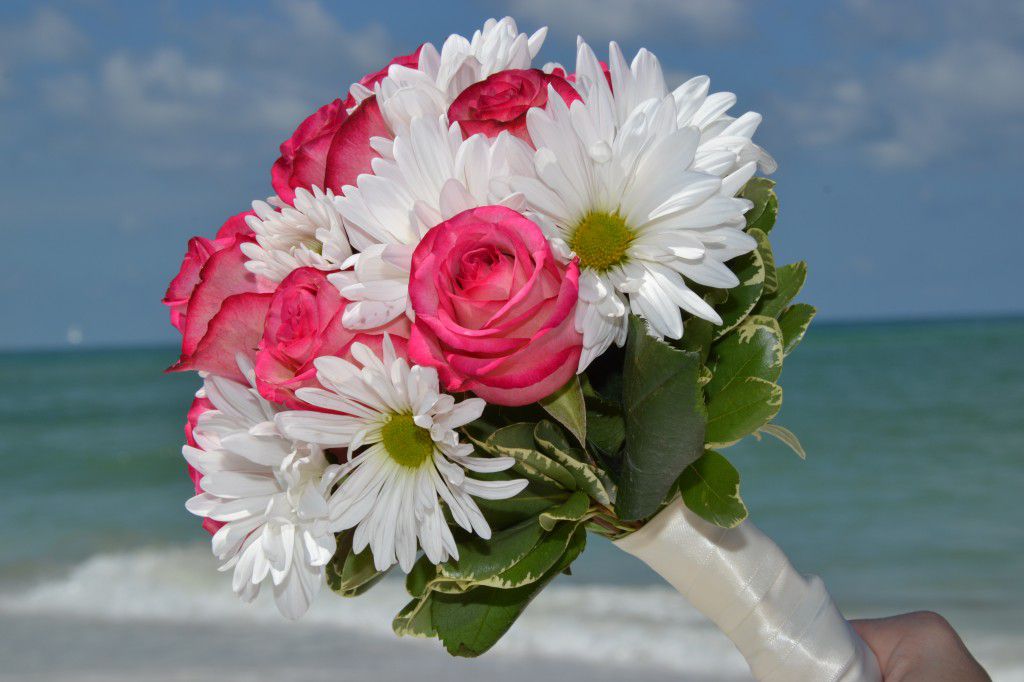 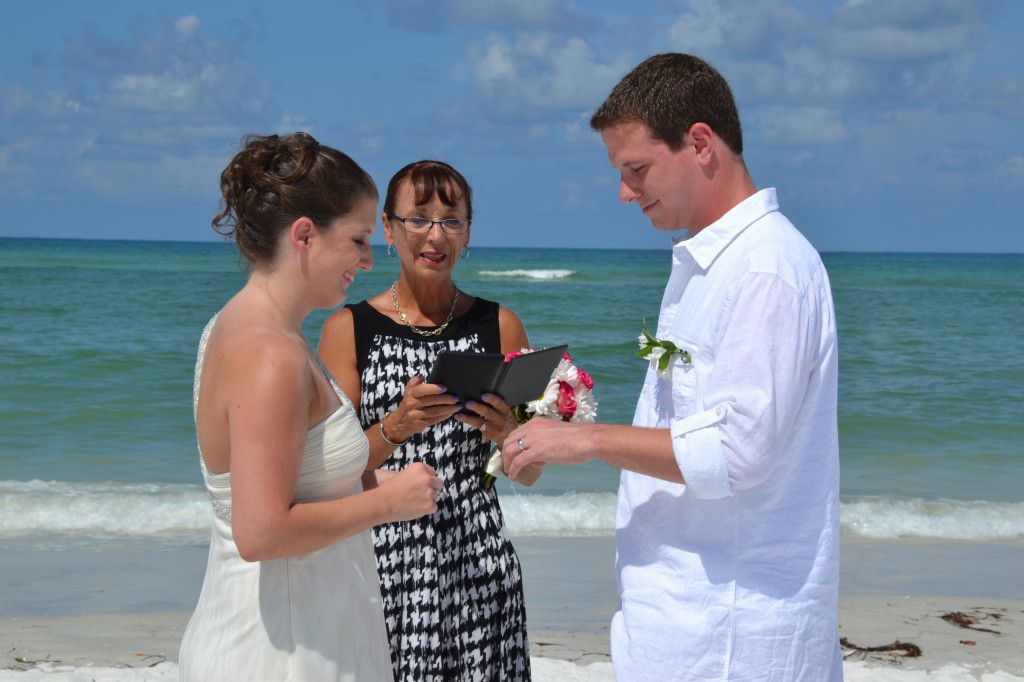 Diana & Chris have fun together. George and I, totally enjoyed working with them.

Me, Diana, and Chris after their Siesta Key Beach wedding elopement. They were a great couple to work with and I wish them many years of happiness. Photos by George Sr.

Chris picked up his bride and brought her down to the water. Unfortunately they didn’t have swimming suits on. They would have certainly liked to take the plunge!! 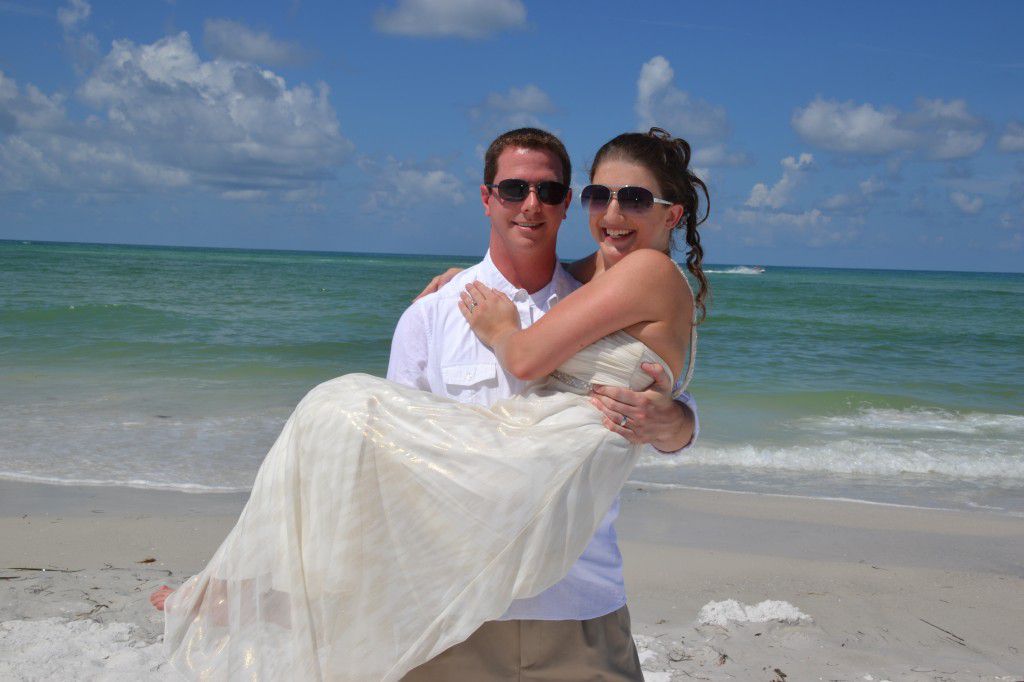 Diana and Chris having fun after their Siesta Key wedding elopement ceremony. Photos by George Sr.

They only had a short time to spend in Siesta Key before getting on the road to Jacksonville for the pageant that evening. They were going to announce their wedding when they met back up with her parents & sister in Jacksonville. Next Spring they will go on their honeymoon in the Bahama’s since they were married while in Florida. 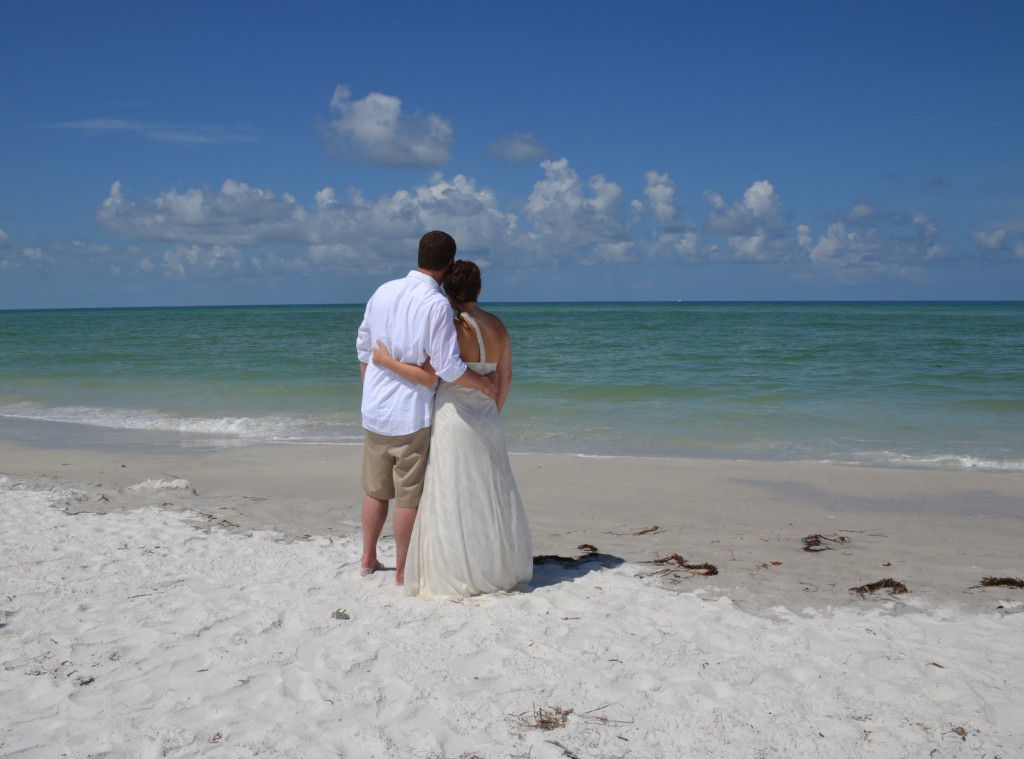 Diana and Chris take one final look at Siesta Key Beach before heading on the road to Jacksonville. Phots by George Sr.