Stacie and Alicia have been vacationing at St. George Island for many many years. This year they decided since Florida now allows same-sex marriages they should get married while on vacation. They contacted me to arrange their St George Island elopement ceremony. When Stacie called she told me they were gay and wanted to get married and asked if I was okay with that…I said YES! They sounded fun and pleasant on the phone so I was really excited to be a part of their special day! We came up with all sorts of fun ideas for their ceremony to make it personal and special for them. I put together a St George Island Elopement Ceremony package which included Officiant (me) and Photographer. We decided that since Stacy loves to fish we would have the ceremony outside the house they were renting on the dock over looking the water.

On the day of the wedding it was bit overcast which made for great pictures….and made it less hot. Stacie and Alicia were so cute! They said they had been waiting all day for me and Bill Corbett, Photographer, to arrive. Earlier that week they had gone to get their Florida marriage license and were so excited to able to legally get married. 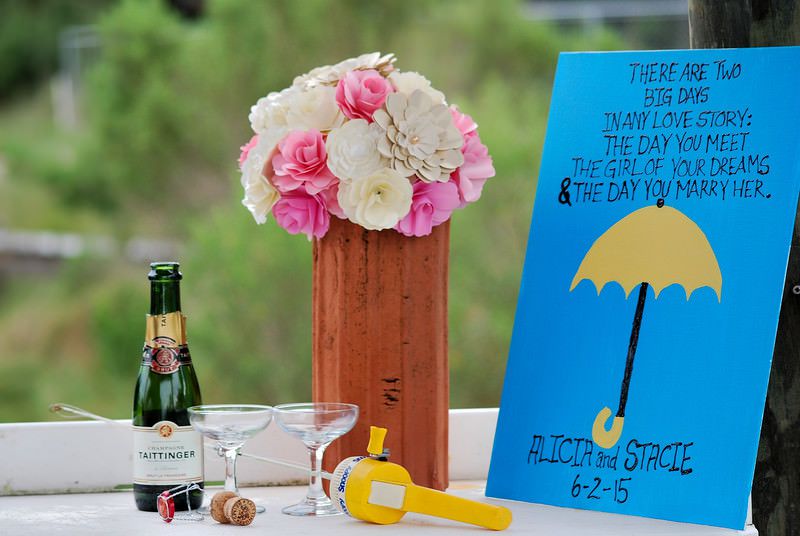 They had the prettiest paper flower bouquet and boutonniere made. They also had a ring “bearer’ HAHA! I officiated the ceremony that we had put together; there were lots of tears and laughs. It was truly a beautiful marriage ceremony. 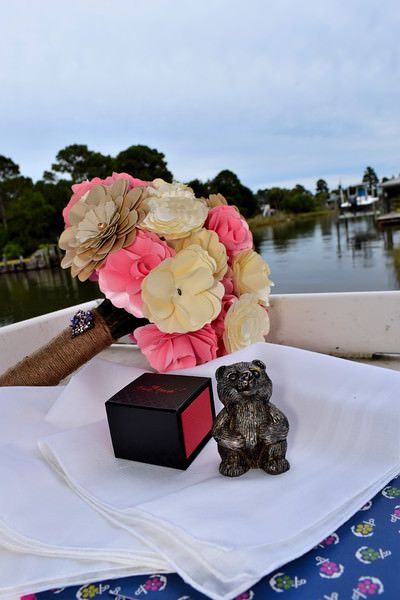 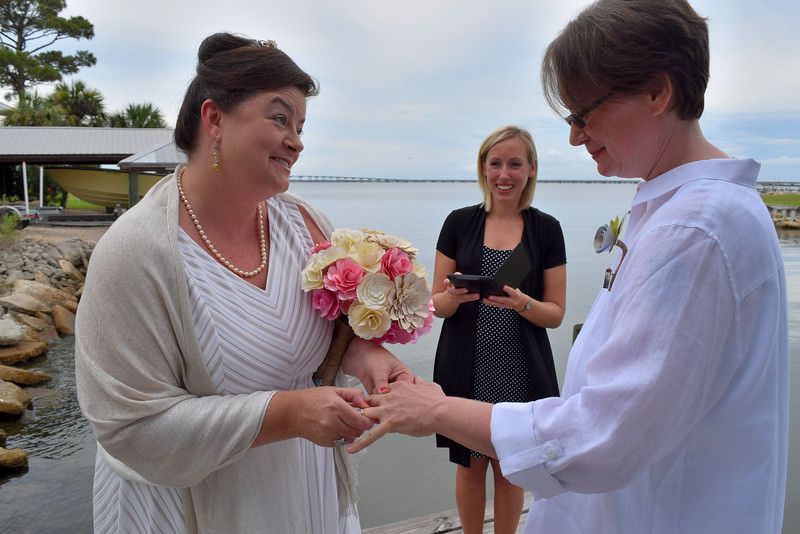 After the ceremony, Bill took lots of pictures. Stacie and Alicia popped open a celebratory bottle of champagne while Bill continued to snap away. 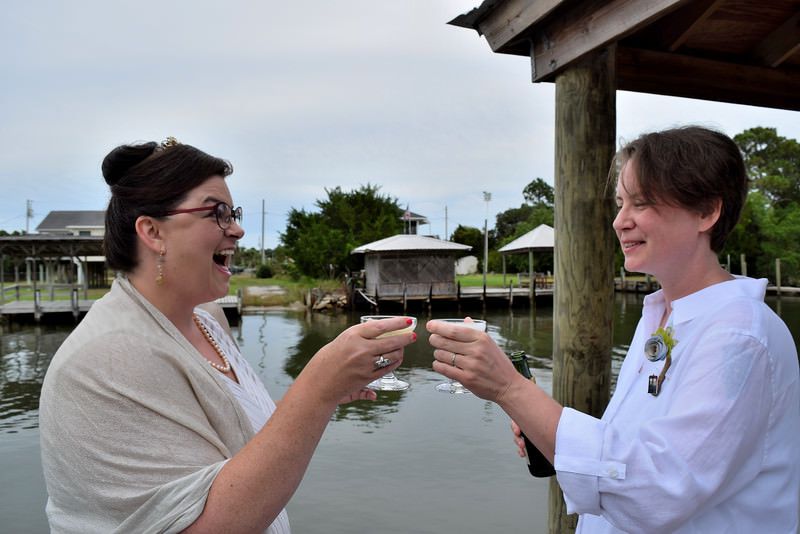 I received the following WeddingWire.com review from Stacie and Alicia, “We wanted a simple, low-key ceremony in a beautiful setting, and Amanda worked with us to create exactly that. She provided sample vows and ceremony scripts to inspire what we ended up writing, which really helped. Having a photographer included saved us a step and a search (we’re from out of state). Amanda and Bill were both really fun to hang out with, and we were kind of sad when they eventually had to head off to their next appointment.” 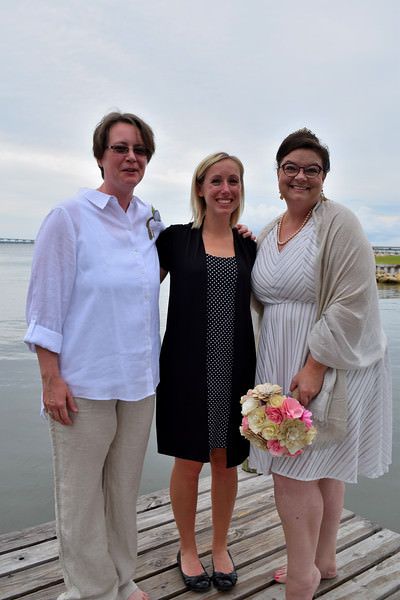 I had so much fun being their marriage officiant. Picture by Corbett’s Media.

It was a true privilege to officiate Stacie and Alicia’s St George Island Elopement Ceremony. I’m so glad Florida allows gay weddings and I hope to help many more gay couples get married on St. George Island! 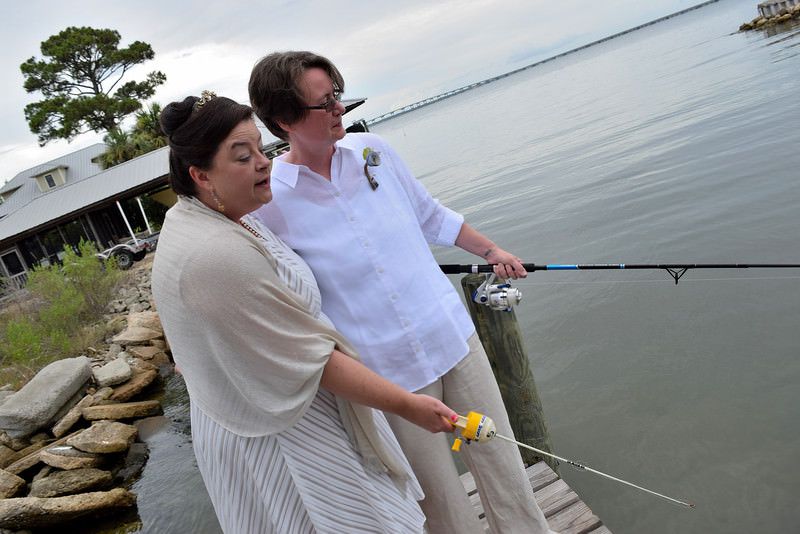