Michael and Willow met in China while Michael was teaching English. Michael decided to get his Masters Degree which landed him in Tallahassee Florida at Florida State University. Willow, who is from China, moved to Tallahassee to be with Michael. They decided to get married on December 19, 2015. Willow’s Mom and Dad flew all the way from China to be there for the special day. The wedding was held outside Michael’s Dad’s beach house on Bald Point Road in Alligator Point. 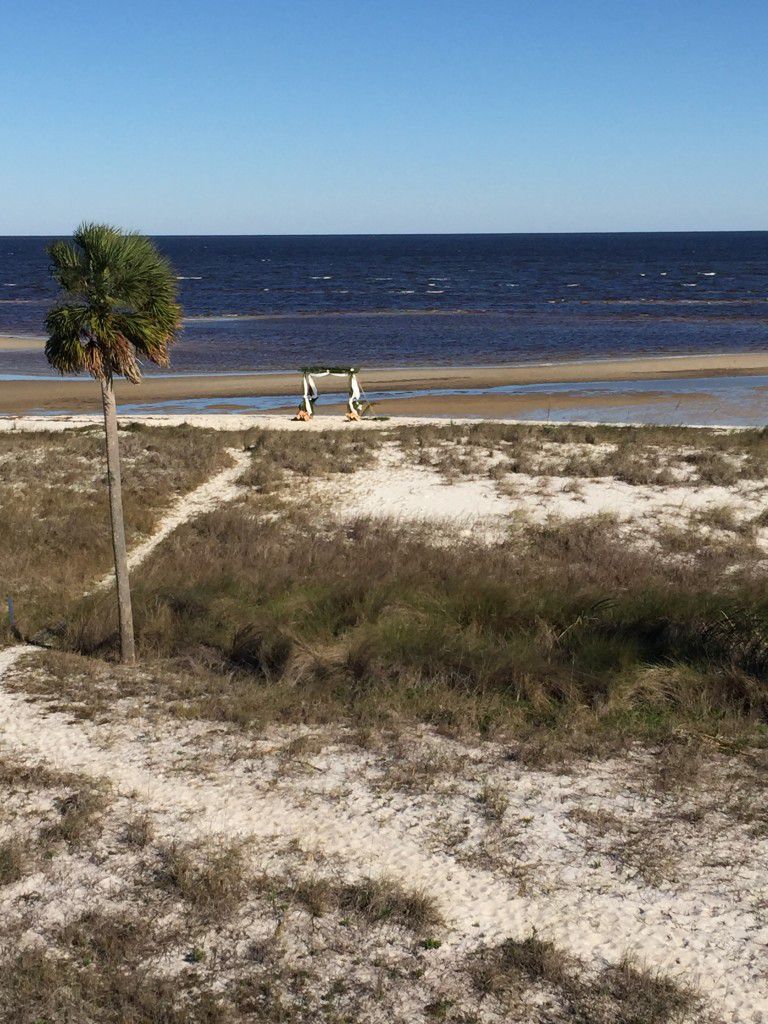 Path down to the beach for the wedding ceremony.

When Michael called to plan the ceremony he was busy and stressed with end of the semester final exams. I helped ease his wedding anxiety and put a package together for him. Their wedding ceremony package included Officiant (me), Photographer Kaely Sirois, and a Cake by Alisha cake. 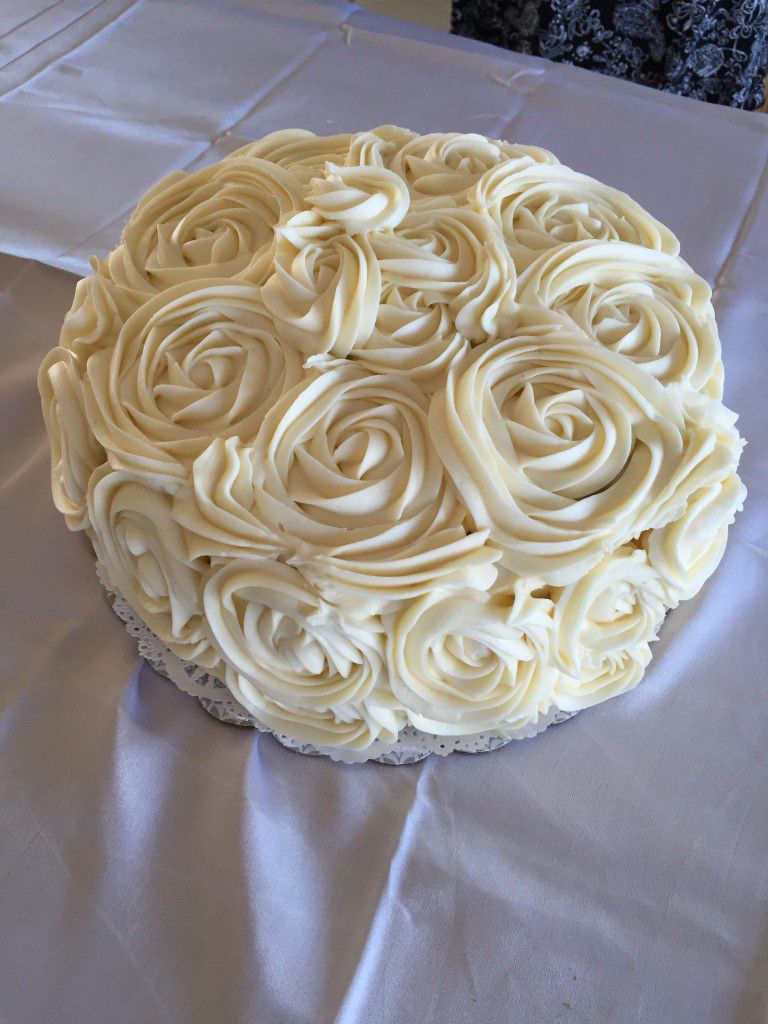 The day of the wedding was chilly! But it was sunny so we had a beautiful chilly Panacea wedding ceremony. Michael and his Dad built a beautiful arbor out on the beach. 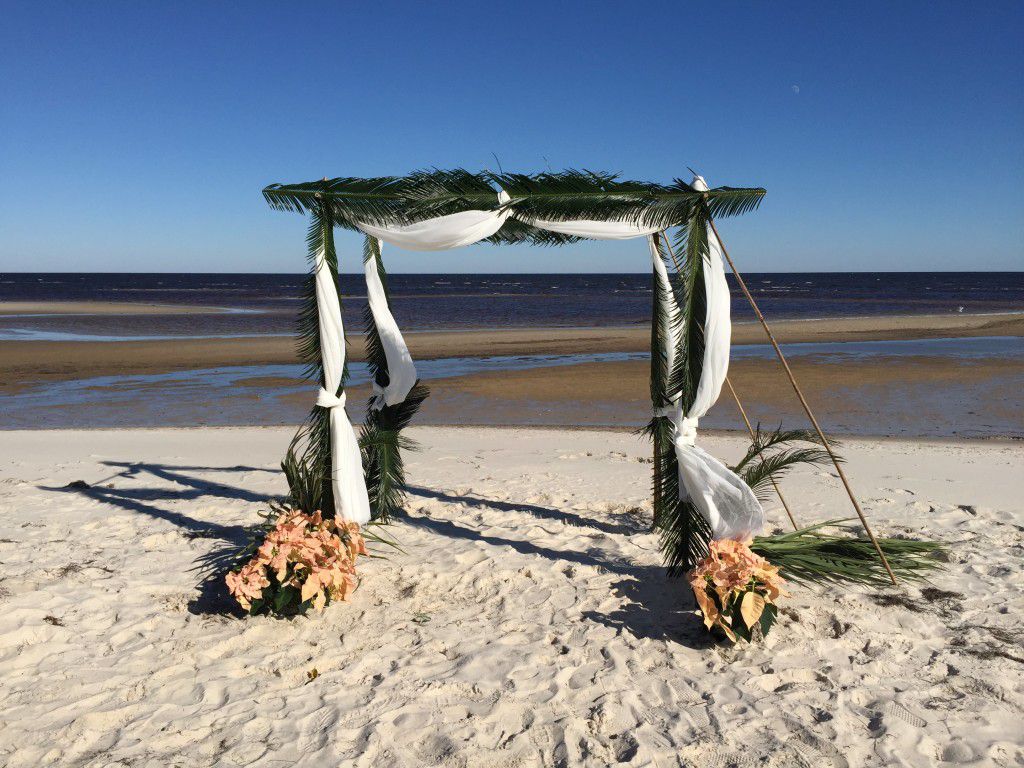 Beautiful arbor that Michael and his Dad built.

I arrived with the cake and photographer and they were ready to get married. Michael’s Mom, Dad, Sister, best friend, best friend’s Mom, and Willow’s Mom and Dad were in attendance. 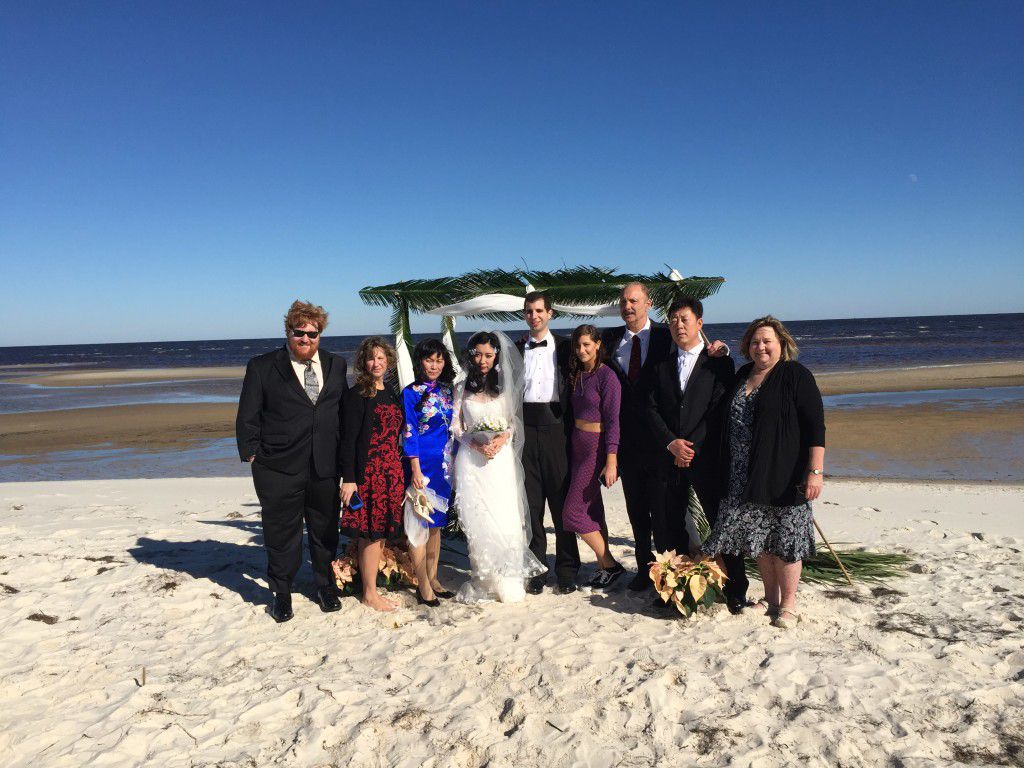 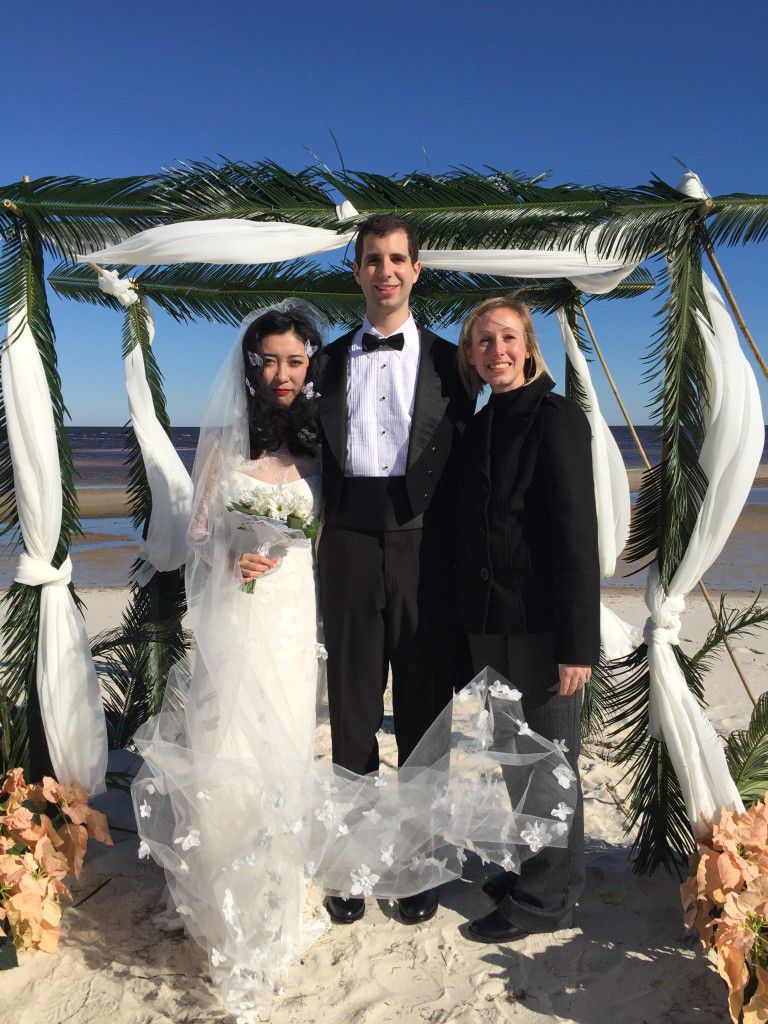 Me with the newlyweds at their chilly Panacea wedding ceremony. Congratulations Michael and Willow!!!