George Sr. performed Keith & Xuan’s Honemoon Island wedding ceremony late afternoon. Keith & Xuan met on Matchmaker.com. They have been together for over three years. Xuan had been living in Canada and looked forward to moving to Florida to be with Keith.  Keith & Xuan had a beautiful late afternoon ceremony on the beach. Since it was Mother’s Day weekend they had both Mother’s participate in the ceremony with them by including them in a unity sand ceremony. There were about 25 guests in attendance. After the wedding ceremony everyone was going to celebrate at the Island Way Grill in Clearwater. On Sunday they were leaving for St. Maarten where they were going to spend a week honeymooning. 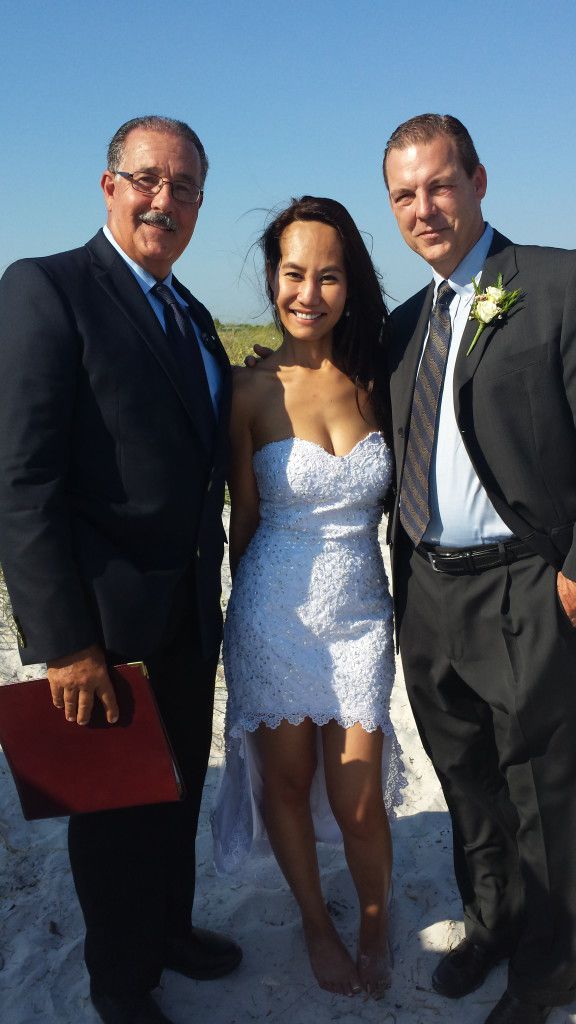 Later that evening George Sr. officiated a sunset ceremony for Amber & Justin at Honeymoon Island. Amber was very nervous. George Sr. tried to ease her nerves by talking to her and complimented her how pretty she looked. He said she just smiled all the time and he could see the love they had for each other. Amber had some hearing issues so George spoke slow  and eloquently as he performed the ceremony.  Amber’s Mother, Tracy, had communicated with me in booking the ceremony and worked with me on the details of the ceremony. She thanked George after the ceremony and said he did a wonderful job. The family and guest were celebrating at the Dunedin Golf and Country Club after the wedding. 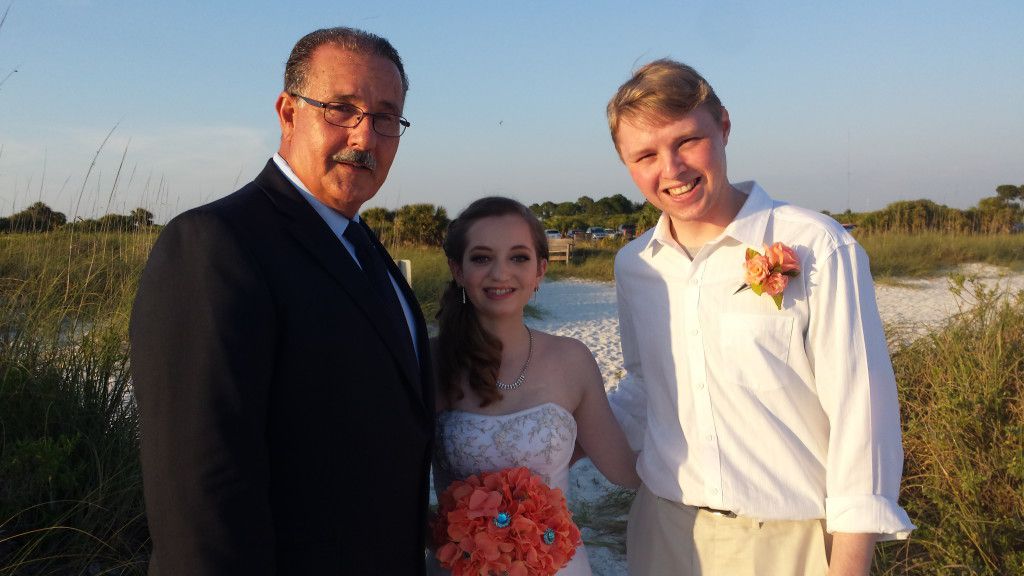