Megan contacted me about performing her Indian Rocks Beach wedding ceremony. She and her fiancé, Michael, would be traveling to Tampa, Florida from Tennessee and wanted a Florida beach wedding. We ‘saved the date’ for Friday, August 15th at 6:00 PM.

When their wedding day arrived it was pouring rain, all day. I contacted Megan at 3:00 PM and asked her about an alternate plan. She said she didn’t have one and was hopefully it was going to stop raining by 5:00 PM. Sure enough at 5:15pm it stopped raining and actually turned out to be quite a nice evening on the beach. 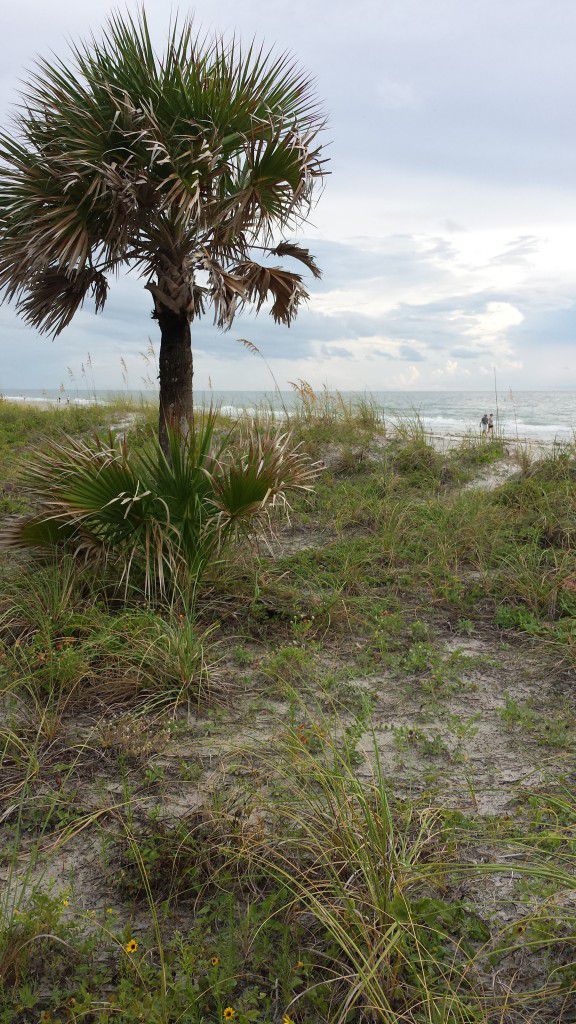 Everyone was crossing their fingers that the ran would stop for Michael and Megan’s Indian Rocks Beach wedding ceremony…and just 45 minutes before the ceremony start time the rain stopped!

Megan met Michael four years ago on MySpace. Megan had a quote in her vows that she said fit her and Michael perfectly, “True love has a habit of coming back”. Megan said she and Michael had some down periods in their earlier days of their relationship and weren’t together for seven months. They had even dated other people. She & Michael came back to each other and even Michael when we spoke on Friday told me they just knew they couldn’t be without each other. They have a beautiful 20 month old son, who so cutely toddled down to the ceremony. 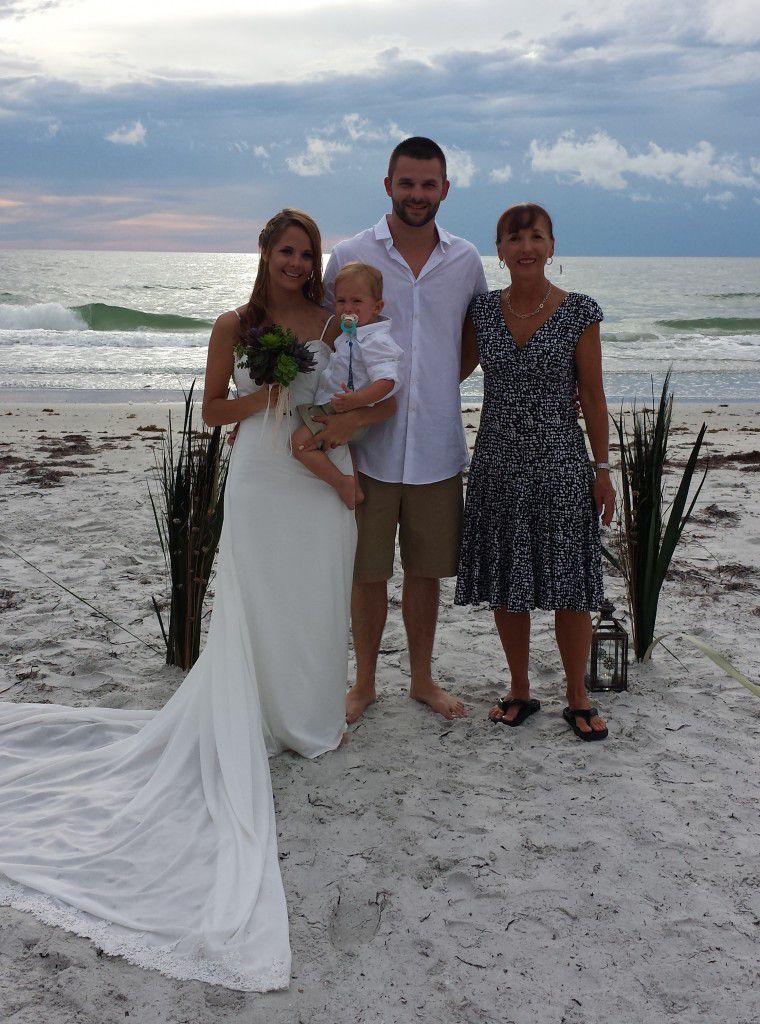 Congratulations, Michael and Megan. I had a wonderful time being a part of your Indian Rocks Beach wedding ceremony.

A simple wedding setup was done on the beach. Quilted blankets were laid out for guest to sit on and two post of bamboo like greenery were setup on each side where they would be standing. 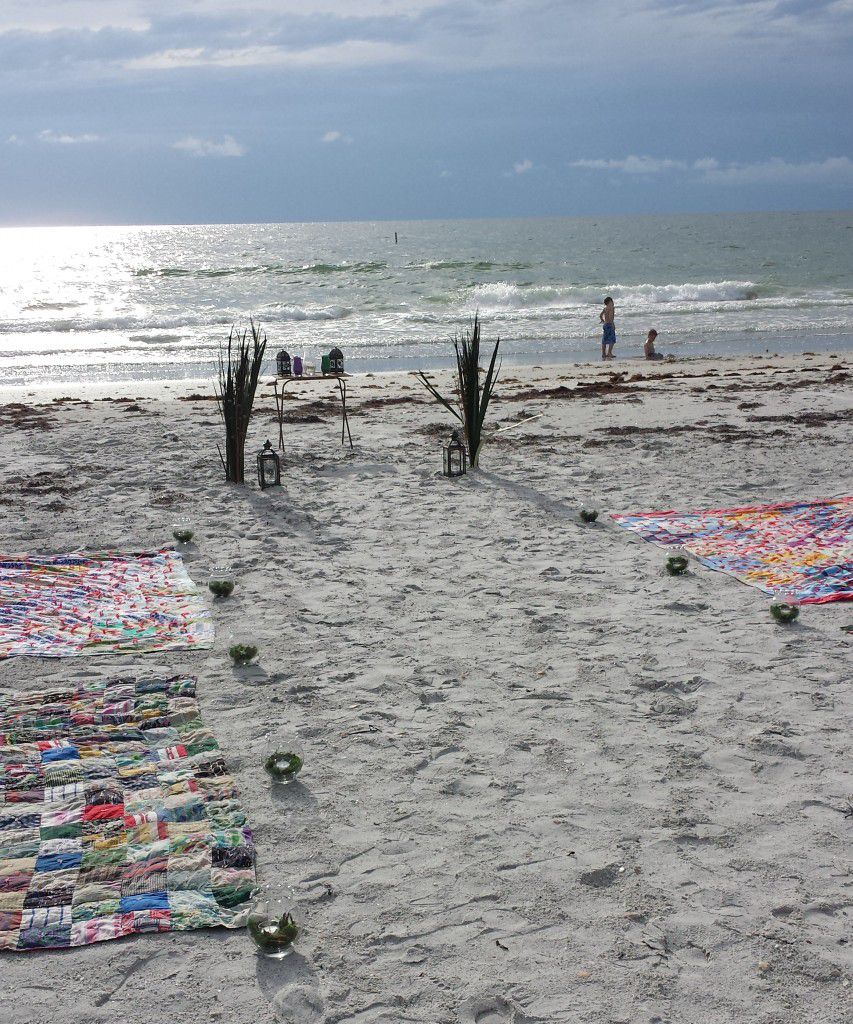 They had a tray table for the sand ceremony and little candle lanterns alongside the blankets and it all looked simple and very nice. 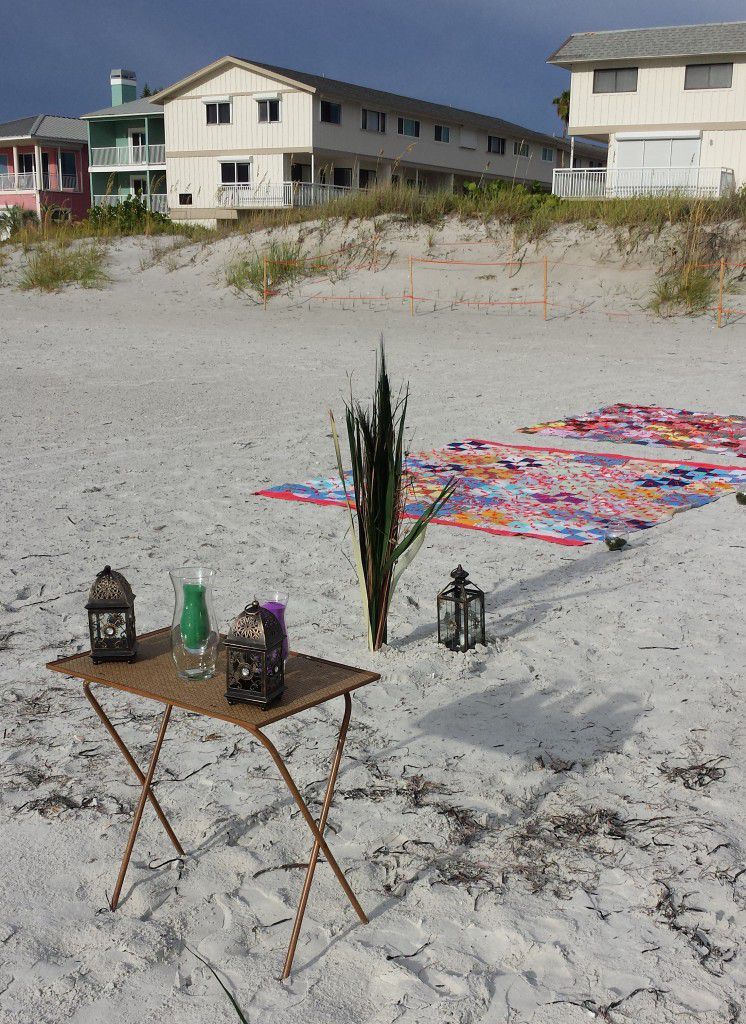 Megan and Michael were both tearful as they said their vows to each other. Everyone was so happy that the skies had cleared up and they could have their beautiful Indian Rocks Beach wedding ceremony.