Vallee and Kathleen were married on the ice at Ellenton Sports Center in Sarasota Florida. Vallee plays hockey for a USA Team and Kathleen thought what a great place to have their wedding.  Kathleen called me and asked me if I would perform their wedding ceremony on the ice.

A hockey game was being played when I arrived and I asked is the game almost over. They said “no” it was just going to be stopped for the wedding. Hah! 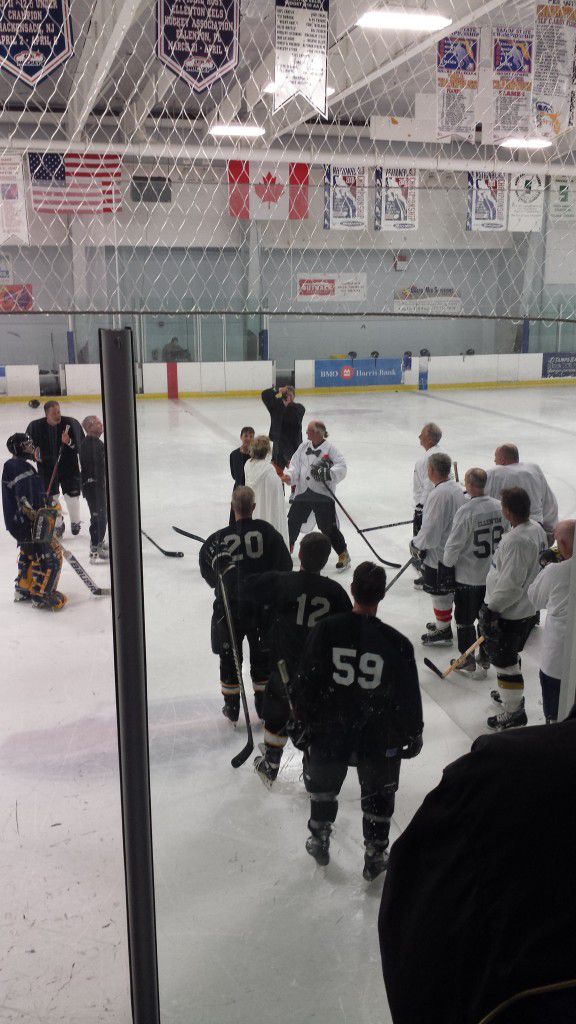 Hockey team lined up for Kathleen to walk down the “aisle” to Vallee.

A carpet was rolled out onto the center of the ice. When Kathleen arrived the DJ Gabro Events started to play the song that plays when the horses are going to start a race. It was so funny. Kathleen was an awesome bride. She danced down the down the aisle. As she was dancing out onto the ice going down the aisle the hockey players from both teams lined up to make an  aisle. They put their hockey sticks together forming an arch way for her to walk under. Vallee was in his hockey uniform and had his hockey glove on throughout the ceremony. Even though they were both fun people they were also very warm hearted to each other. Kathleen was tearful in saying her vows and Vallee said very sentimental words to Kathleen. 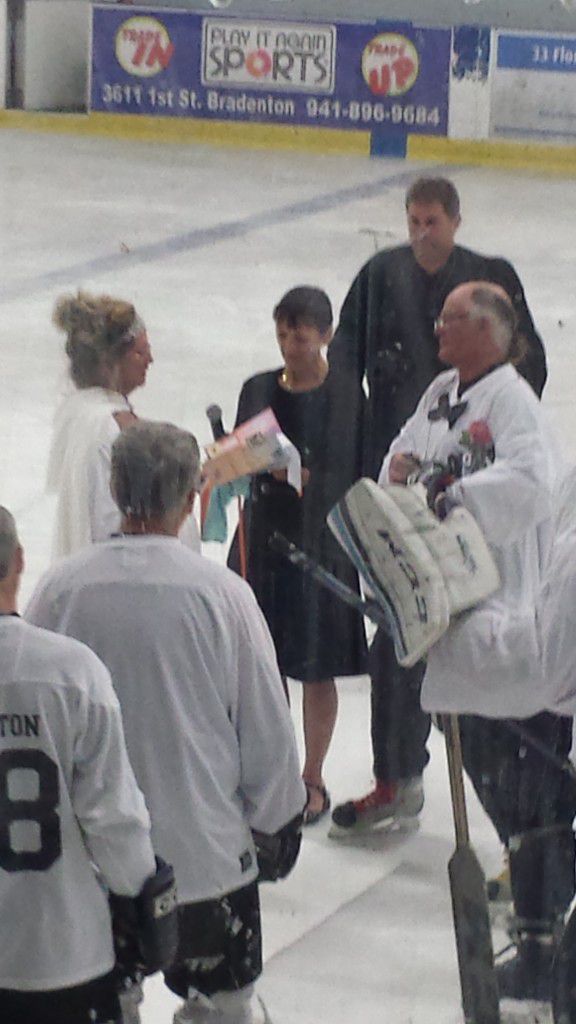 After the ceremony they kissed and Vallee continued playing hockey. It was too funny….They were going to have a reception later in the afternoon back at their hotel. 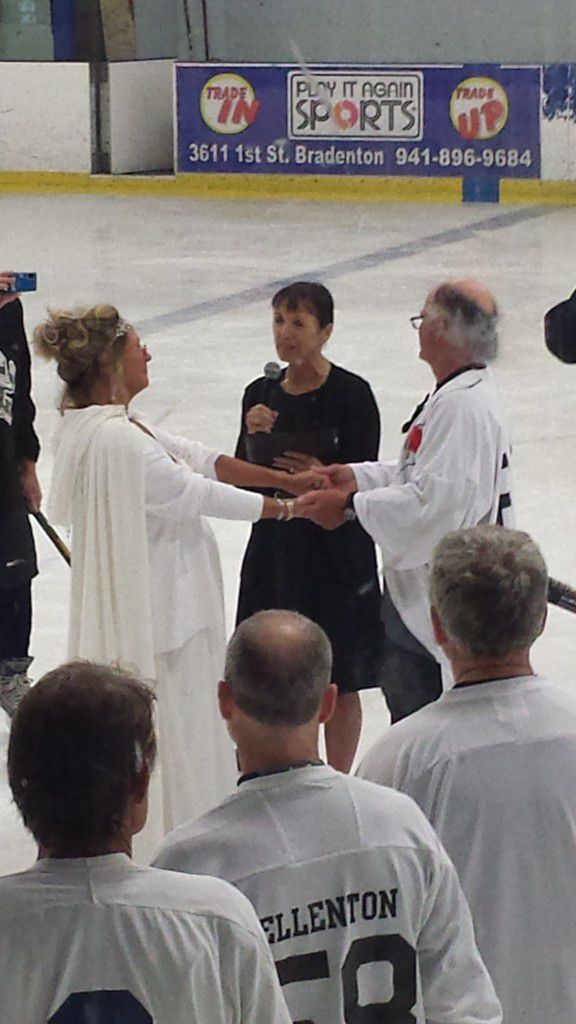 They were very pleased and thanked me for a great ceremony!

I always remind couples you’re wedding is YOUR day so have the wedding ceremony of YOUR dreams! It was really cool to see Vallee and Kathleen take this to heart and have their dream wedding ceremony! And now I can say I’ve done a Sarasota Wedding Ceremony Officiated on an Ice Hockey Rink! Hah!