Bill & Melanie were vacationing in Sarasota from Ohio. Bill contacted me and asked me to perform their Sarasota wedding ceremony at The Lido Beach Club in Sarasota. They were having a few family members attend, but were going to keep it small and simple. Bill & Melanie arrived the Saturday before the wedding. On Tuesday Bill surprised Melanie, and had her daughter, and granddaughter flown in to be at the wedding. Bill snuck out and drove to Tampa and picked them up at the airport.

Bill & Melanie were delighted with the weather here in Florida. Not having been out in the sun all winter Melanie got a little sunburn the day before the wedding. The beach was really pretty. Lido Beach has beautiful soft white sand. They were in awe at all the beautiful shells along the white sandy beach. It was only 65 degrees day of the wedding.  I was a little chilly, but they said they would be freezing and shoveling snow in Ohio. They were delighted with 65 degrees. Bill & Melanie have been together for over 14 years, and were ready to be married. 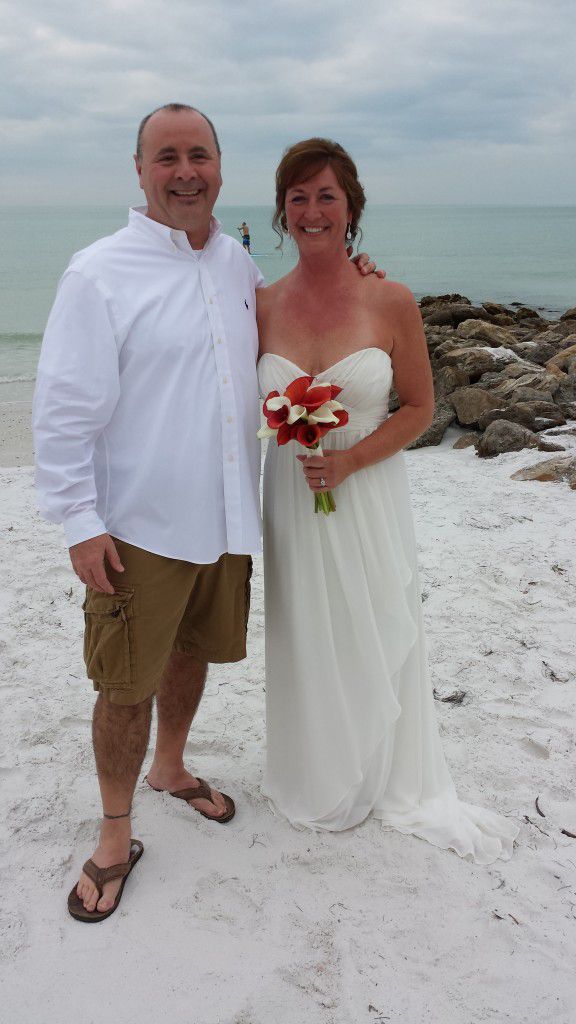 They were spending the rest of the week at the beach and enjoying time together. Family and friends were all going to celebrate at Tommy Bahama that evening.

Bill & Melanie thanked me so much for being available and performing a beautiful Sarasota wedding ceremony for them. It was JUST as they wanted. 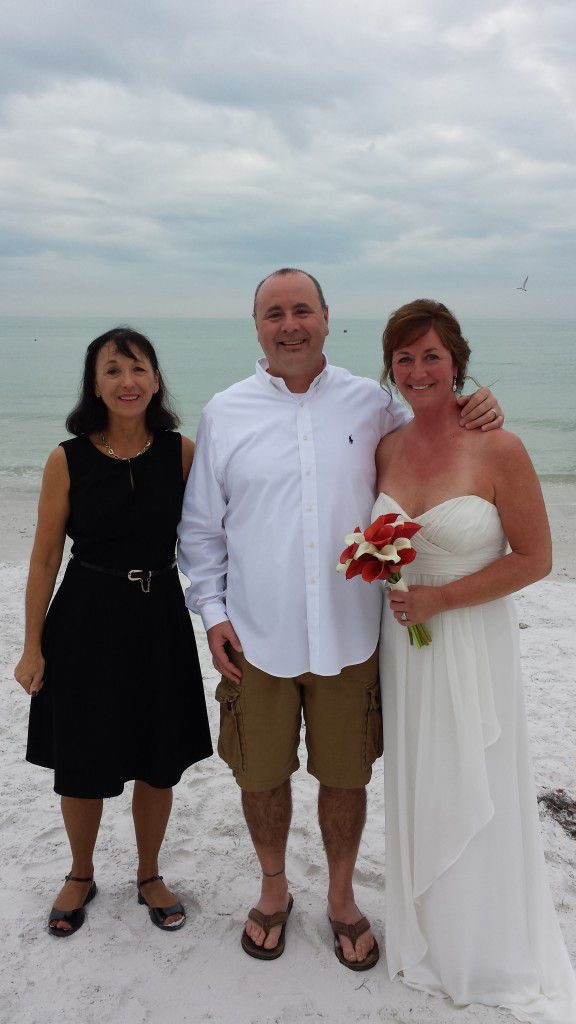 Me with Bill and Melanie at their Sarasota wedding ceremony