A few weeks ago I performed a wedding for Rachel and Aaron. They were coming to Florida on vacation with their four children and wanted to be married on the beach. They would be driving to Florida. They were going to be spending a few days in Orlando visiting the theme parks before heading to Tarpon Springs where they wanted to have a Howard Park wedding ceremony.

Rachel and I corresponded in preparing the ceremony. She told me she wanted a simple ring exchange, but wanted to include a little something in the ceremony remembering their son, Rylan. He had passed away three years ago. He was three weeks old and died from SIDS.  Rachel shared how his passing brought her and Aaron together. They had been going through difficult times in their lives. When she found out she was pregnant with him it made them figure out who they wanted to be in life. When he tragically left them they vowed to always respect and support each other and always honor him. They both learned not to take life to seriously and not sweat the small stuff.

It was a cold evening for the wedding. We had a rose petal heart in the sand. George Sr. was taking photos. 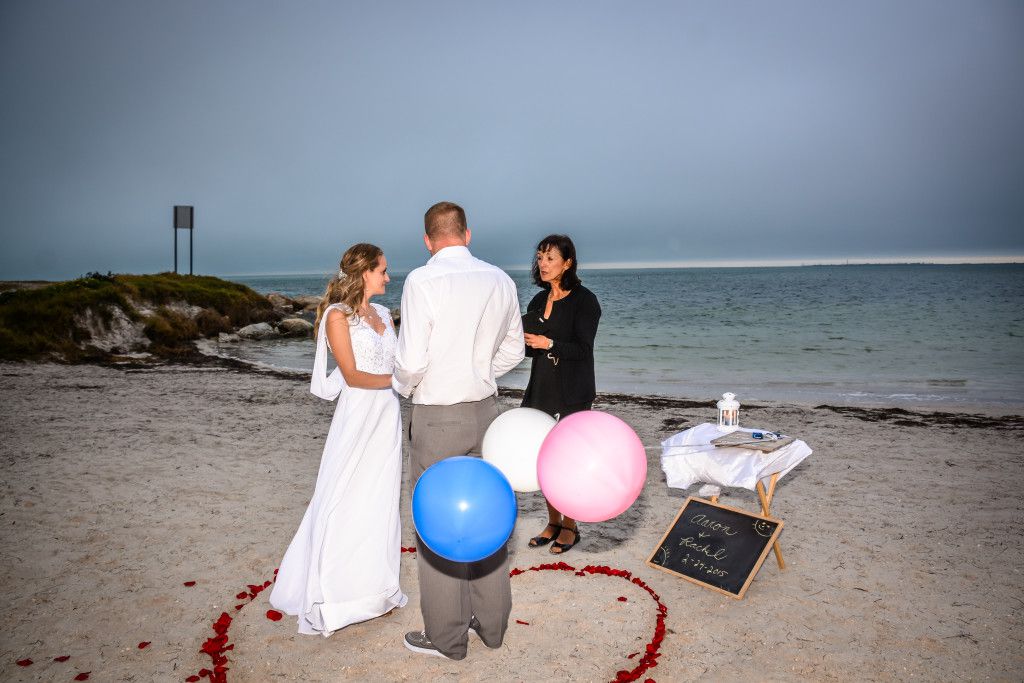 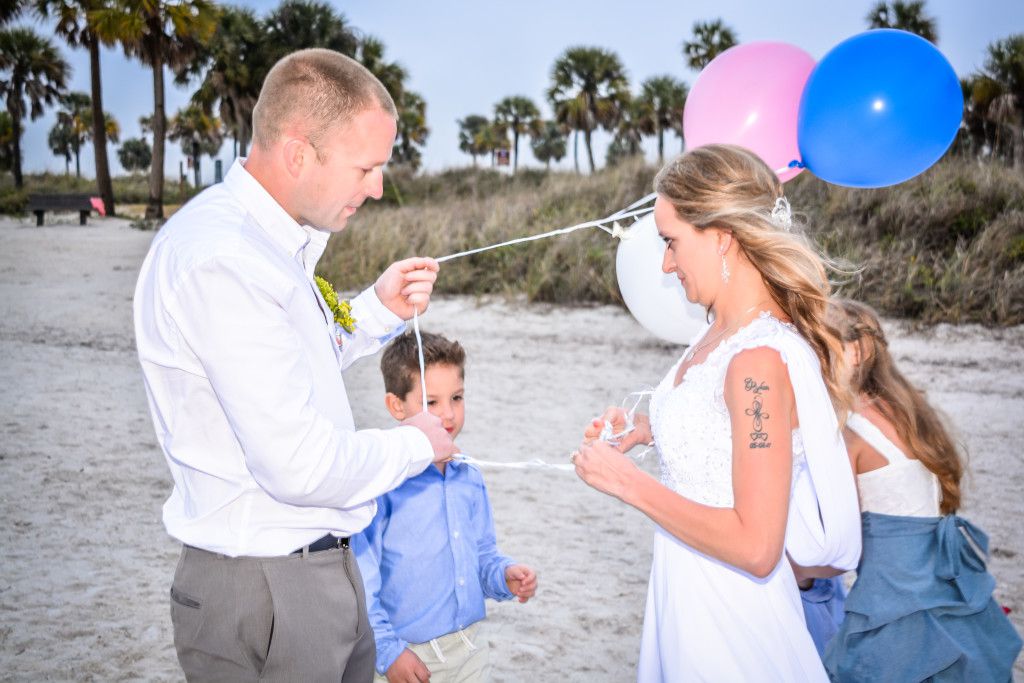 Aaron and Rachel took part in a balloon lock and key release in honor of their son Rylan. Photos by George Sr.

The balloons flew off. They got stuck on a bush overlooking the beach. It was like Rylan was with us for the remainder of the ceremony. When we were done as a family they went over to the bush and together let the balloons fly off. 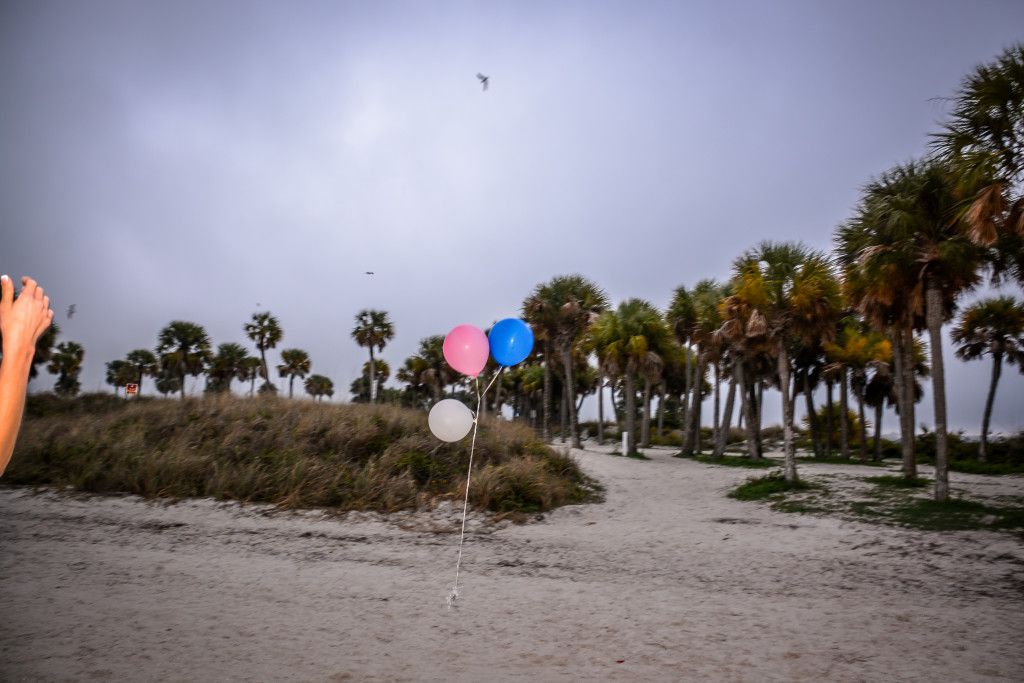 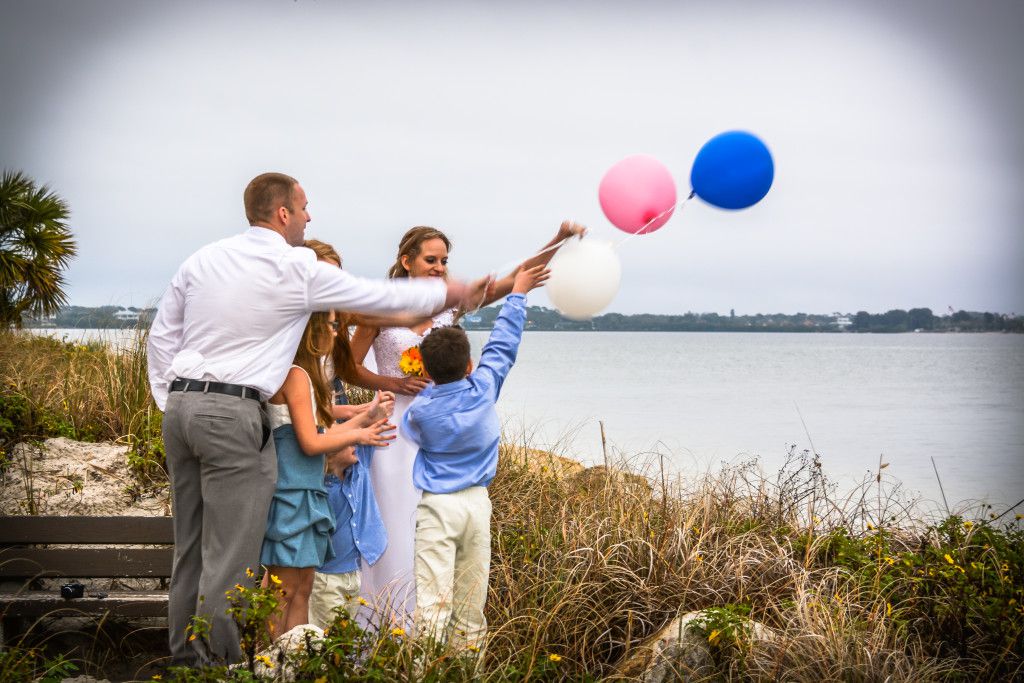 As a family they let the balloons go….Photos by George Sr.

Aaron and Rachel were so emotional saying their vows. They were having difficulty holding back the tears. They are a beautiful family and so thankful for all they have. 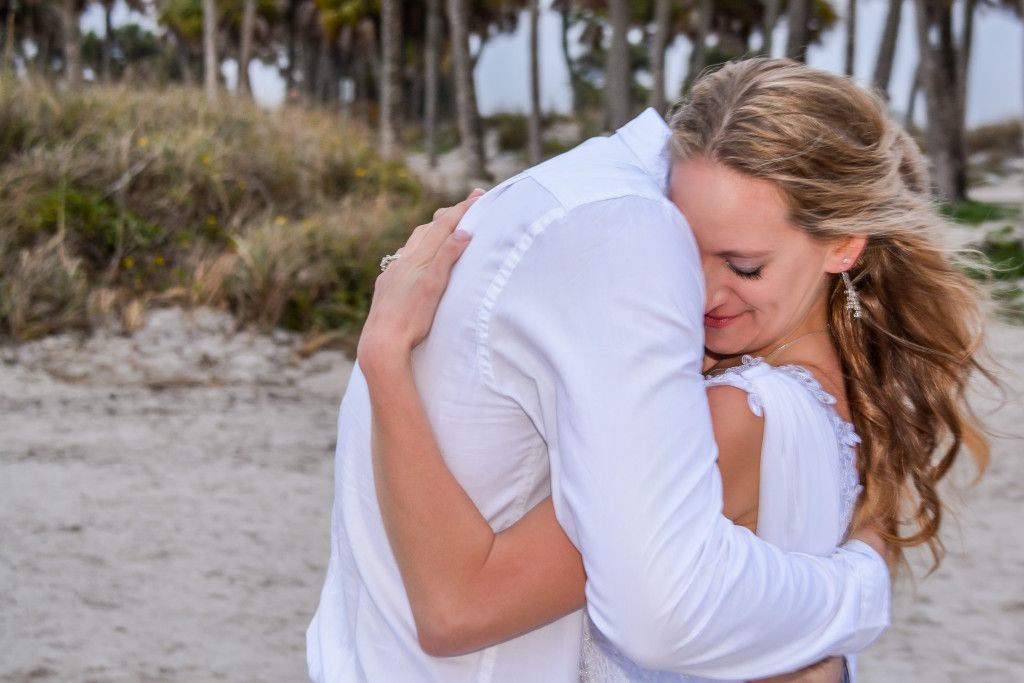 Rachel and Aaron together and happy….Photos by George Sr.

Rachel thanked us for a beautiful ceremony and we are thankful to have met them and been a part of their special day. 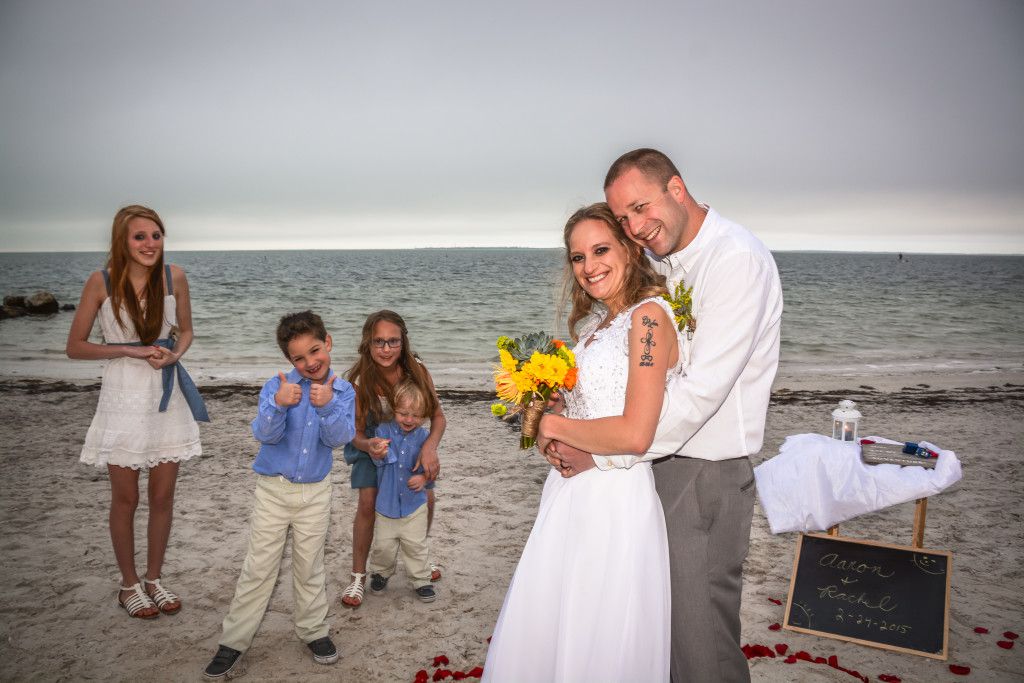