Patty and Randy will be celebrating their 30 year wedding anniversary this coming Saturday, June 20th. Patty had mentioned to her daughter-in-law, Katie, the night before that she had wanted to have her wedding vows renewed, but just kind of shrugged it off. Katie called me on the following morning at 7:15am asking if I would be available to do a Surprise Vow Renewal Ceremony on Treasure Island Beach that night. She and her husband, Luke, wanted to surprise their parents with a vow renewal ceremony anniversary gift. They were vacationing from Chicago and were driving to Treasure Island Beach from Kissimmee. They were staying the night at the Treasure Island Ocean Club on the beach. I was available so we worked together to quickly put the plans together. We had one phone call and the rest was done through text messaging periodically during the day.

I let Katie know that I would be out on the beach making a heart in the sand with rose petals. She described what Patty and Randy look like and told me what they were wearing. When I was ready Katie, Luke and the grandchildren came strolling out on the beach. They stayed behind until they saw I was ready to approach Patty and Randy. When I saw Patty and Luke walking towards me they looked at my heart in the sand and smiled. I asked them if they could do a favor for me and let me take their photo in my flowered heart. They were nice about it and said yes. Meanwhile, Katie was getting her video camera ready to film the surprise. After I took the photo I looked at the picture and with a surprised look and said, “Wow! Are you Patty and Randy Evans?” They said, “Yes,” with a surprised look like, “How do you know us?” With that I let the surprise be known that Katie and Luke asked me to be here to perform a vow renewal ceremony for them in celebration of their 30 year wedding anniversary. Patty burst into tears. She was so touched. They laughed and hugged then I officiated the vow renewal ceremony.  Patty had a difficult time holding back the tears throughout the ceremony. As I performed their ceremony, I could see the genuine love they have for each other how they were reflecting on their 30 year journey together. 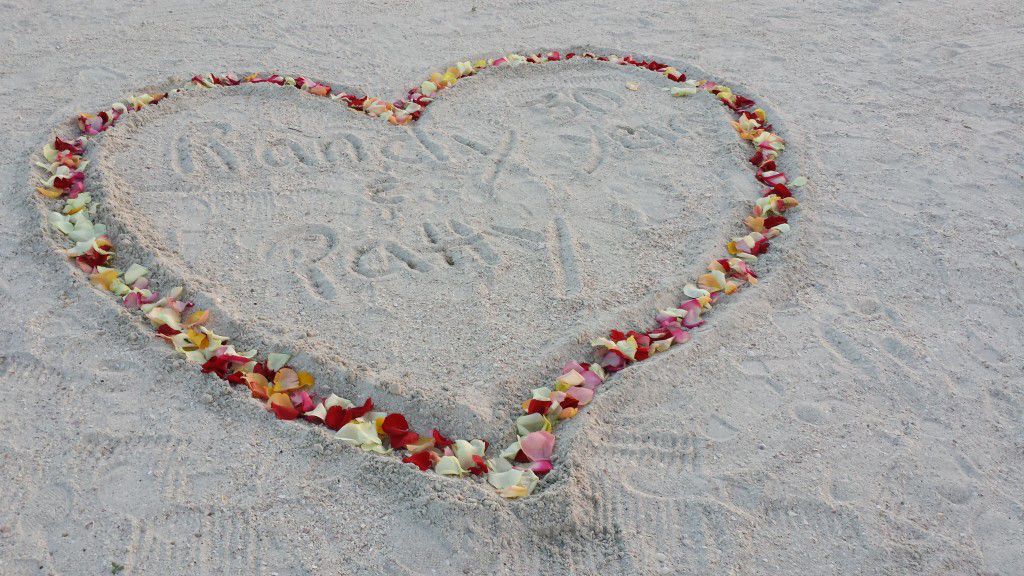 After the ceremony I took some photos and congratulated them. Katie texted me later in the evening saying, “Thank you sooo much! It was fantastic and more then they could have expected with such a short notice.”

I love help vow renewal ceremonies… especially surprise ones! Congratulations Patty and Randy, we wish you MANY more years of love and happiness!! 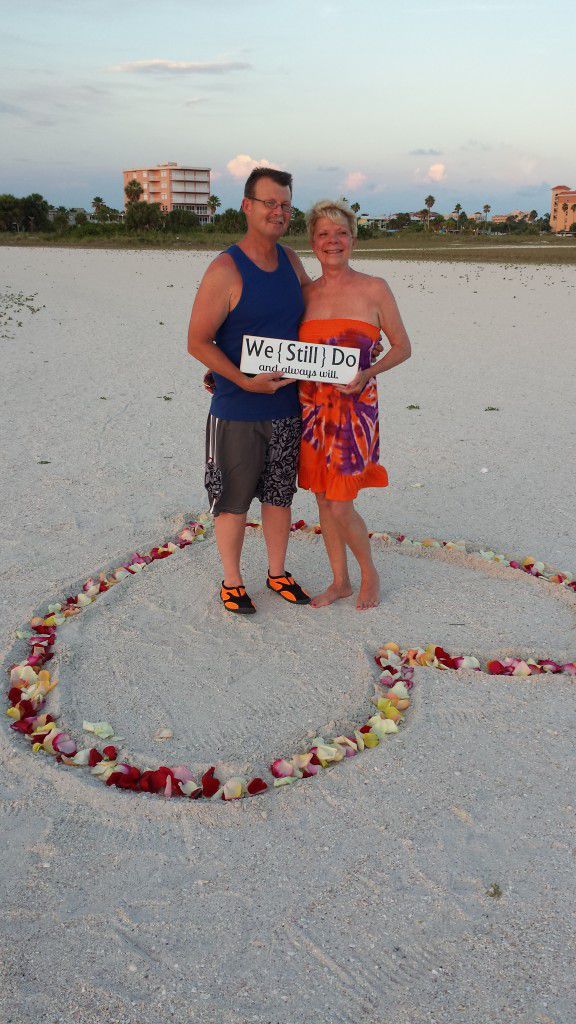