On Valentine’s Day morning I officiated Shawnteira and Randy’s wedding at A Country Rose florist shop. About 15 family and friends gathered in the back garden area of A Country Rose for a short and sweet wedding ceremony. Shawnteira wore a borrower wedding dress and held a beautiful light purple and white rose bouquet that A Country Rose had designed specially for her.

Three years ago, Tomeshia and Kimberly had contacted me about officiating a commitment ceremony. At the time same-sex marriage was not legal in Florida so they had thought a celebratory commitment ceremony was the way to go. They decided to hold-off on the ceremony and this Valentine’s Day I was able to officiate and legally marry them! It was truly an exciting moment. I officiated their ceremony and arranged to have a photographer present for pictures. A few family gathered with them and we held the ceremony under two trees in Cascade Park. 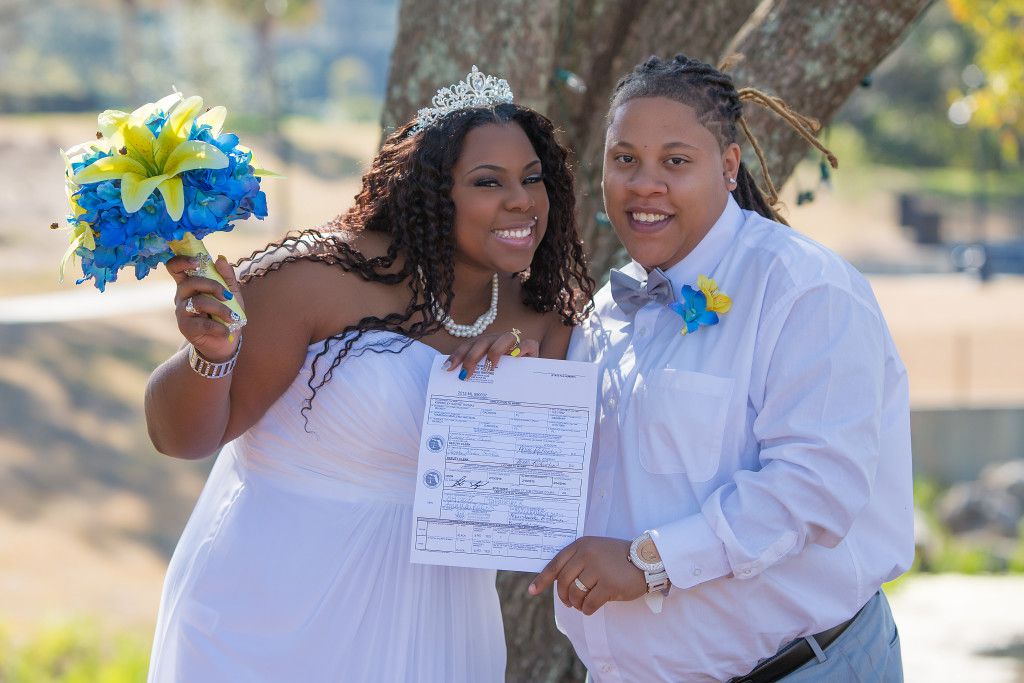 Finally able to get legally married in Florida!!! Photo by Bret Svenson 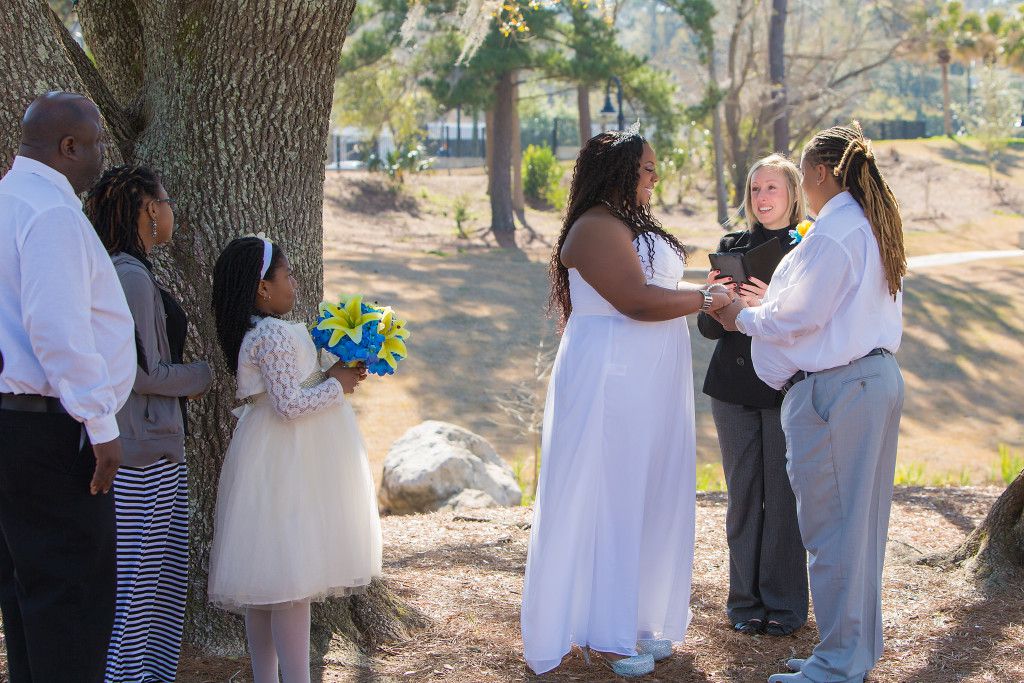 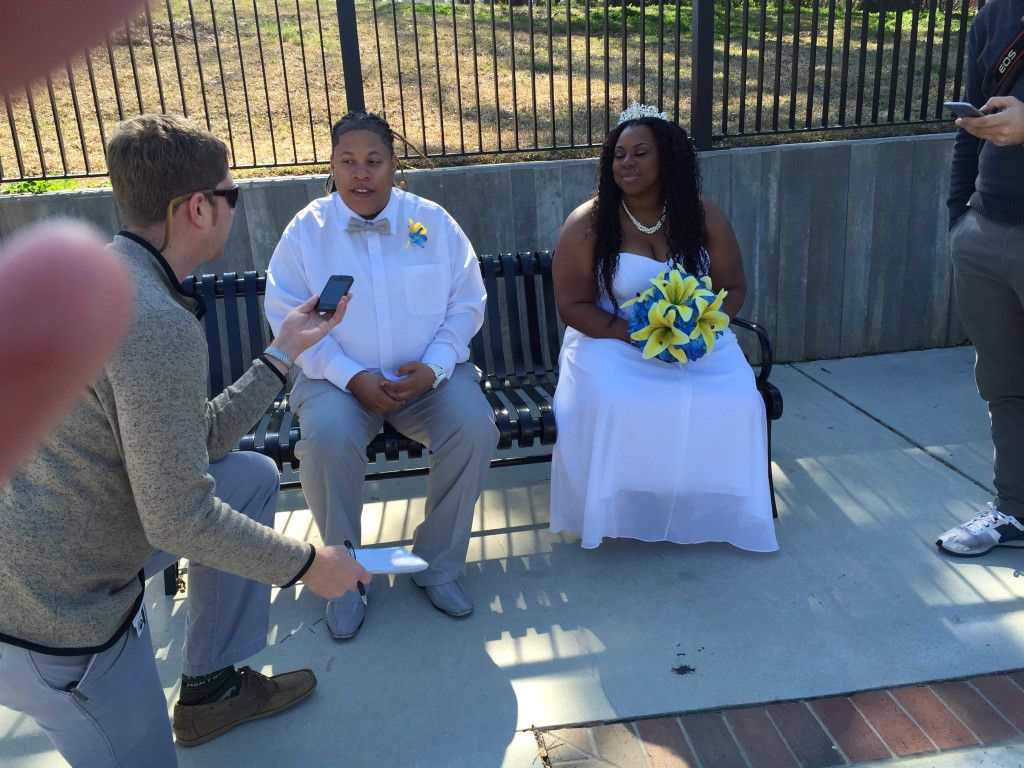 Tomeshia and Kimberly being interview by the Tallahassee Democrat 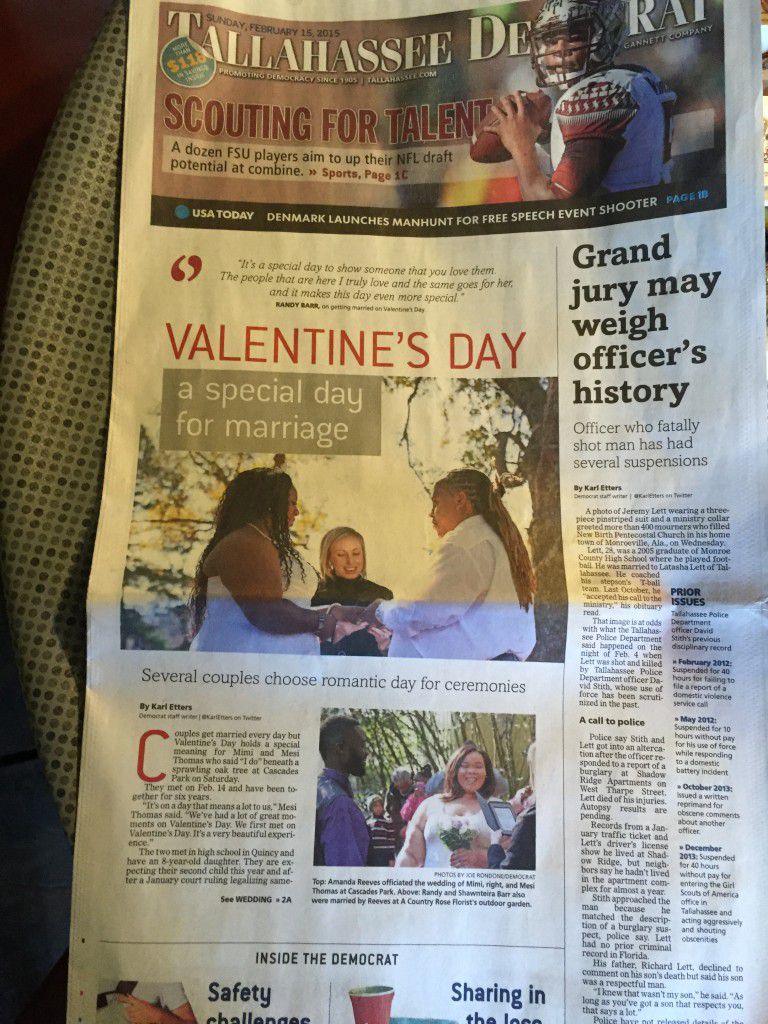 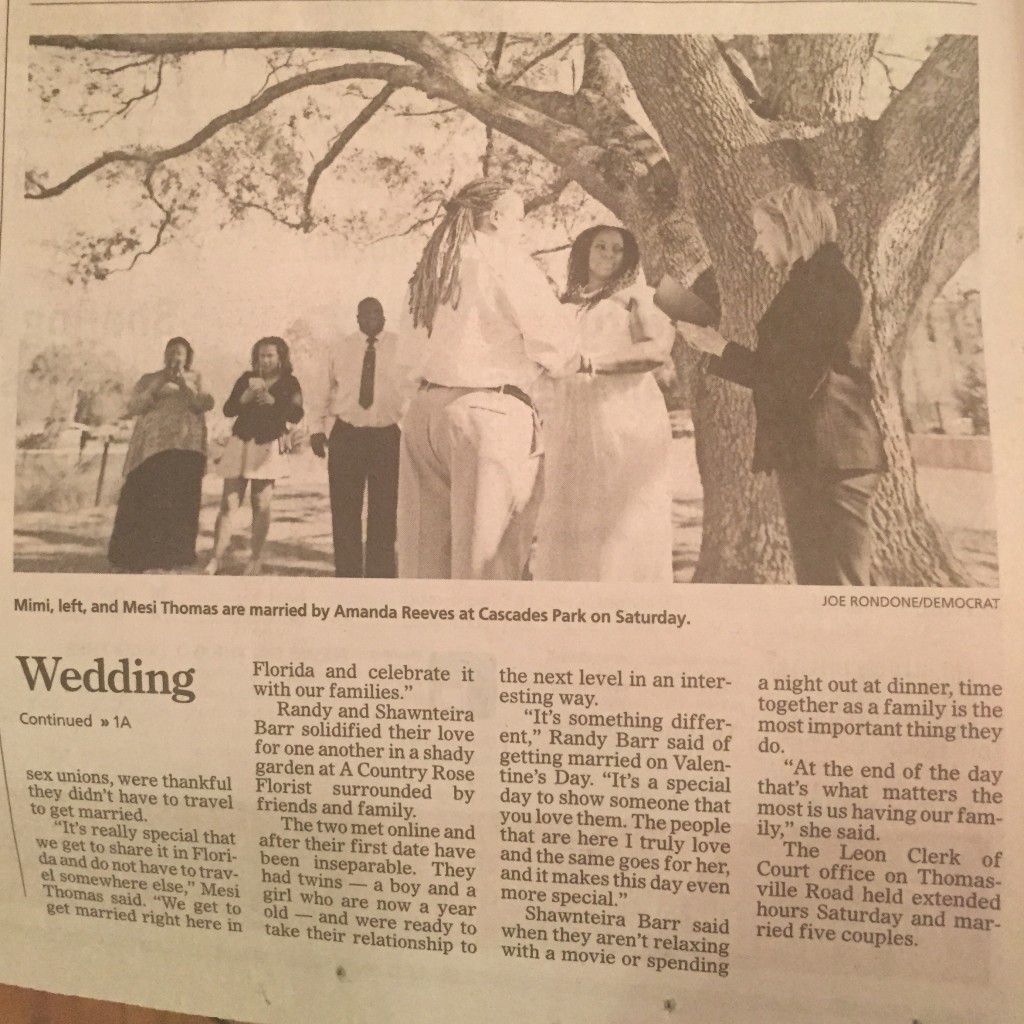 Inside look of the newspaper