A Weekend of Rainy Tampa Weddings

A Beautiful Wedding in Florida had a weekend of rainy Tampa weddings. We had three outdoor weddings scheduled this past Saturday. Mother nature was upset that she wasn’t invited to any of the weddings and sadly chose not to cooperate. She didn’t let our couples have their planned weddings happen outside 🙁

Saturday morning looked almost hopeful for a cloudy, but dry, day for Tampa weddings.  But as afternoon approached the skies became dark and threatening. By early evening the rain started and continued and really poured….and continued to pour. All of the outdoor  Tampa weddings had to be change plans to inside.

George Jr. had a wedding scheduled on Crystal Beach. Will and Sherry had been together for over 20 years and decided it was time to be married.  Crystal Beach was a special place to Will and Sherry, but the rain forced them to change to plan B and have their wedding at a home in Clearwater.

Ellida was performing a wedding on Sand Key Park with George Sr. doing photos. Dan and Mila wanted the beach wedding with bamboo poles and draped fabric. By late afternoon Dan called and had had the wedding changed to a room at the Marriott Hotel in Sand Key. 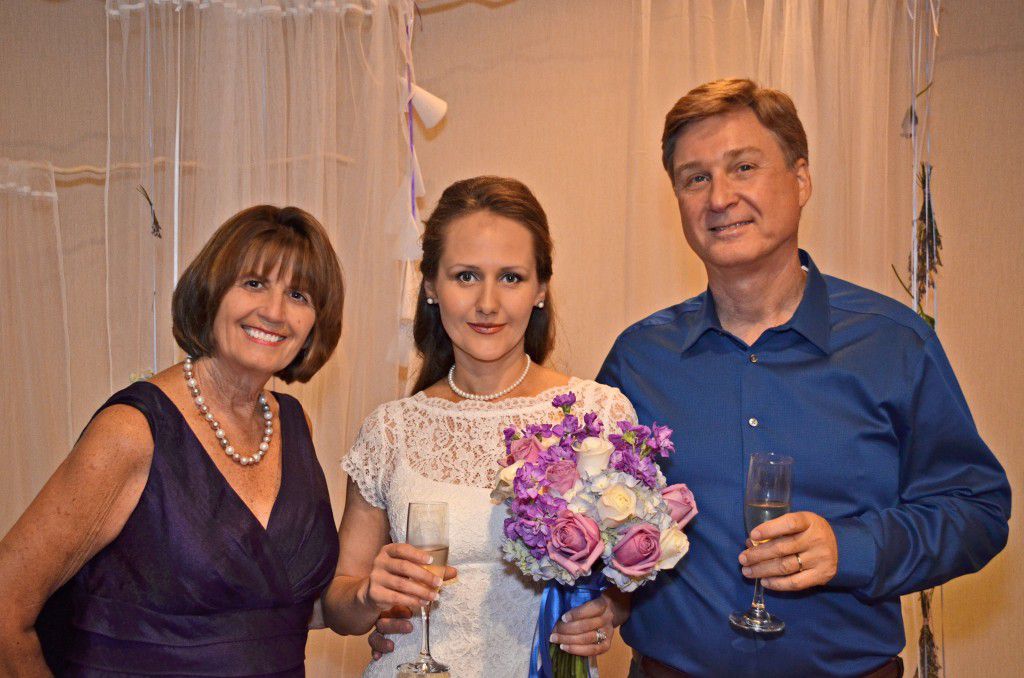 I was performing a wedding at the Vinoy Hotel in St Petersburg. I had met Shelley and Mike a few weeks before the wedding. She told me all about the beautiful outside Tea Garden wedding she was having at the Vinoy. 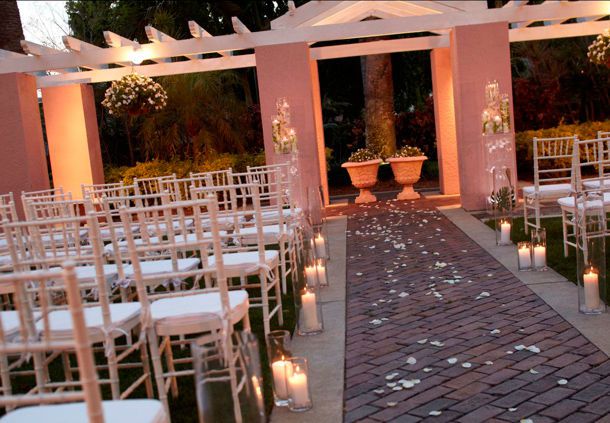 Tea Garden at the Vinoy where Shelley and Mikes wedding ceremony was scheduled to be held.

The rain changed that plan. The Vinoy had made alternate arrangements for the ceremony to be on the upstairs patio. Guest wouldn’t get wet and could still see the beautiful Vinoy waterfront. Royal Event Services was coordinating the wedding. All the vendors did the best we could in spite of the weather. When the ceremony began the rain just started to come down like a monsoon. The roof on the patio was made of tin making the sound of the pelting rain sound so loud. Even with a microphone the rain was so distracting, but we all a chuckle as I read the vow piece that was suppose to say, “We are gathered here on this beautiful day” I instead said “We are gathered here on this beautiful rainy day.” 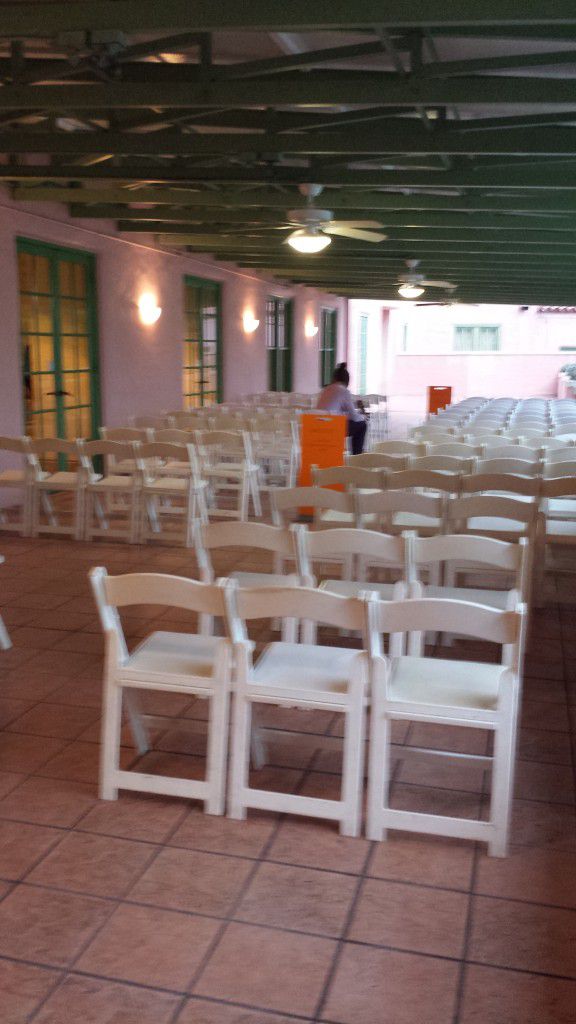 Due to the rain this was where the ceremony was held.

I could see Shelley and Mike could care less about the weather as they recited their vows. They radiated with love. Shelley placed Mike’s grandfather’s ring on his hand.  Mike’s grandmother had given it to him to wear with the hope that it will bring the same love and happiness that they were lucky enough to have in their marriage. His grandfather had never taken off his wedding ring from the first day that they were married. They had been married over 40 years. Even when he had surgery he never let the ring come off.
All in all our couples were totally happy with their Tampa weddings. As it’s not about the weather it’s about getting married and the love they have for each other….and it’s supposed to be good luck to have rain on your wedding day 🙂