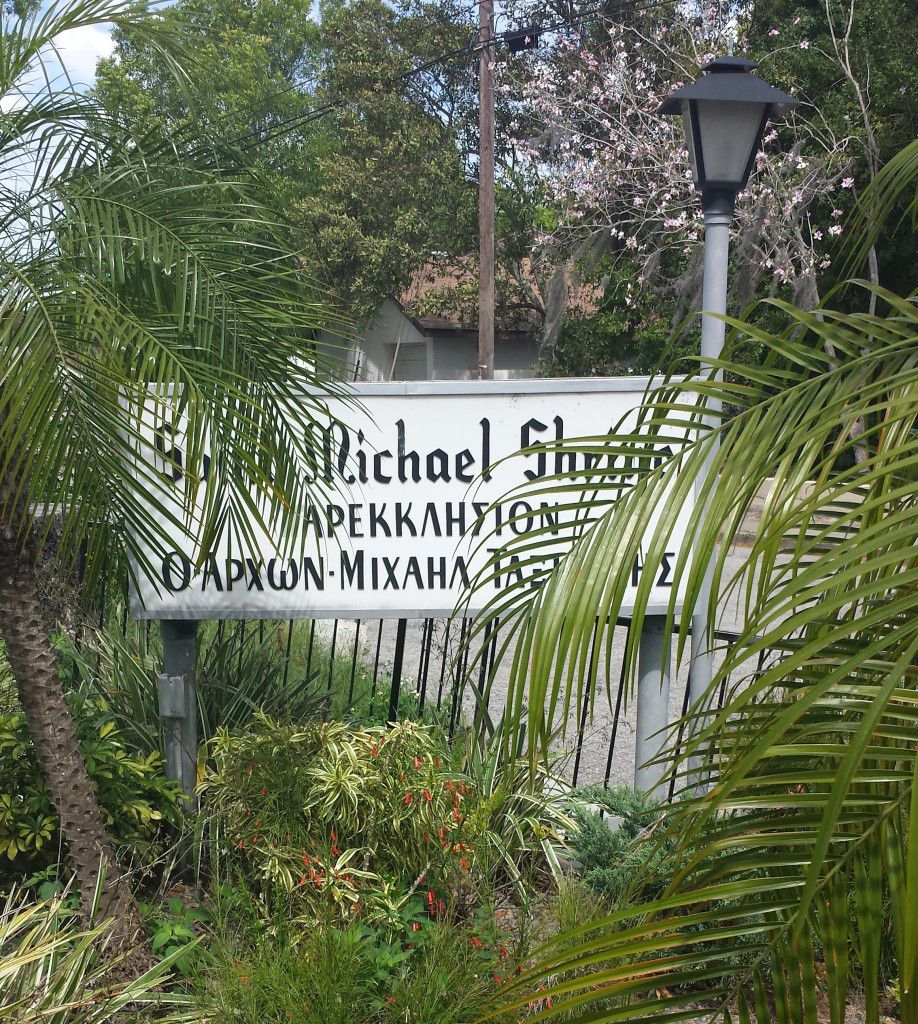 The Shrine is a very dear and close place for both Michael and Sara.  Michael in particular wanted to be married at St. Michael’s Shrine because he felt his parents would be with them on their wedding day. His late parent’s ashes had been placed by the outside statue of Saint Michael. 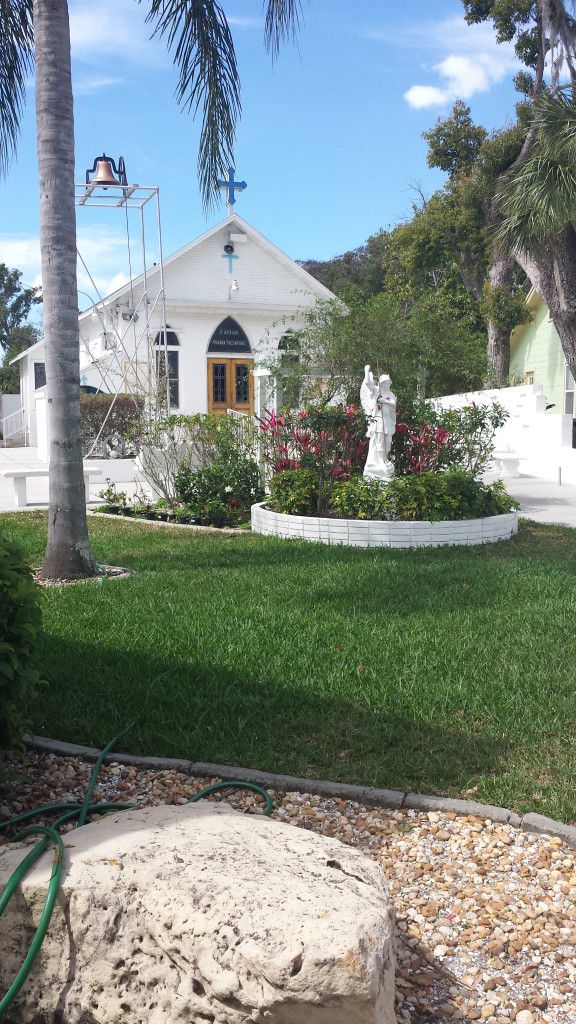 When I arrived Michael showed me the inside of the Shrine. He shared some of the history of the healing tributes of St Michael and showed me the beautiful alter and place where a candle can be lit to take a moment to pray or just reflect. 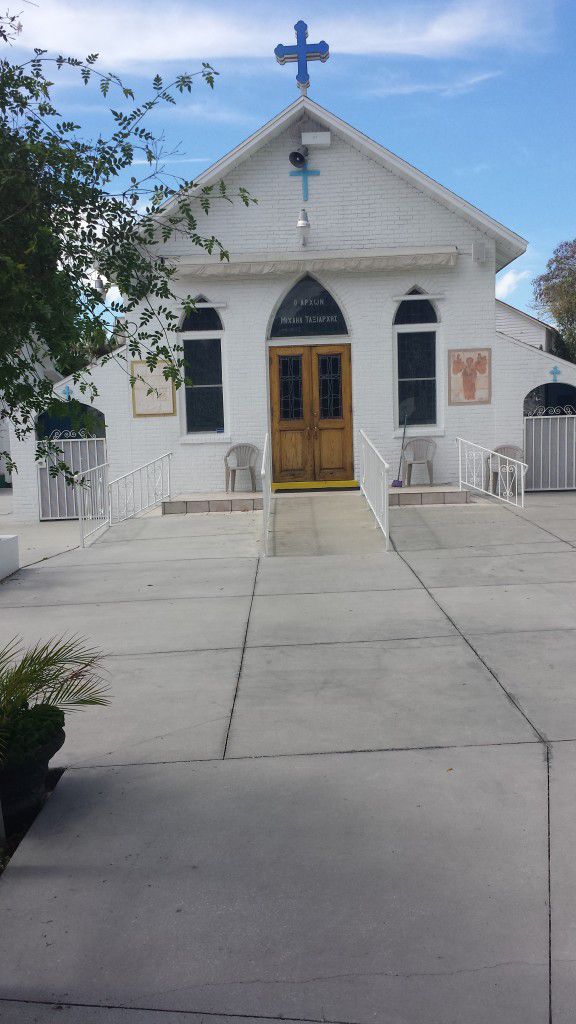 Weddings can be performed inside the Shrine. Sara and Michael had their ceremony outside right in front of the statue of St Michael.  They had their 18 month old son Antonio, her brother and his son present for the ceremony. It was a gorgeous day for an outside Tarpon Springs wedding ceremony. 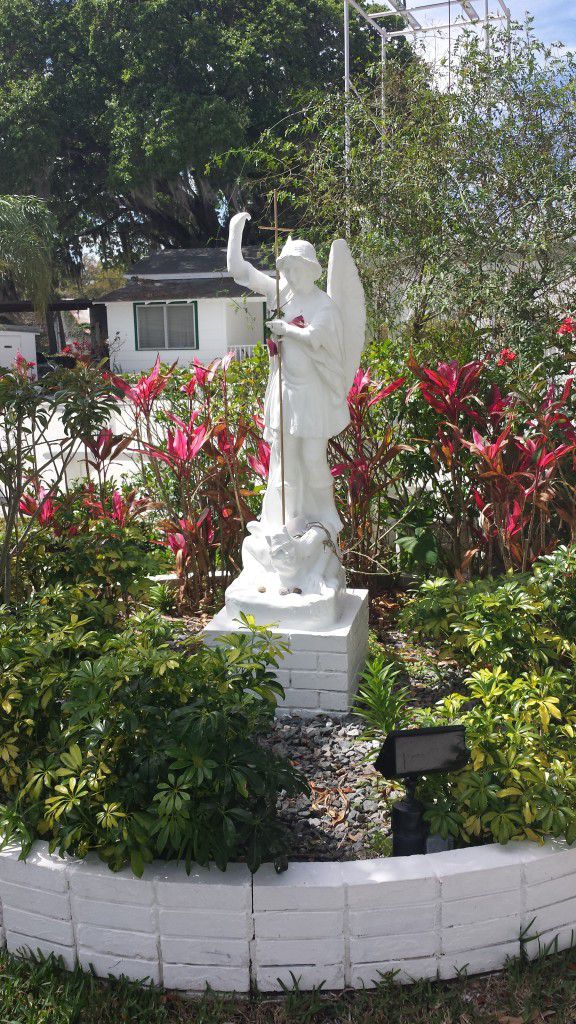 Statue at the St. Michaels’s Shrine

Michael and Sara were neighbors and met five years ago in Tarpon Springs. Sara had tears in her eyes as she said her vows to Michael.

They were very pleased and sentimental after the ceremony. People walking on the streets stopped and congratulated them. They thanked me repeatedly for a beautiful ceremony. 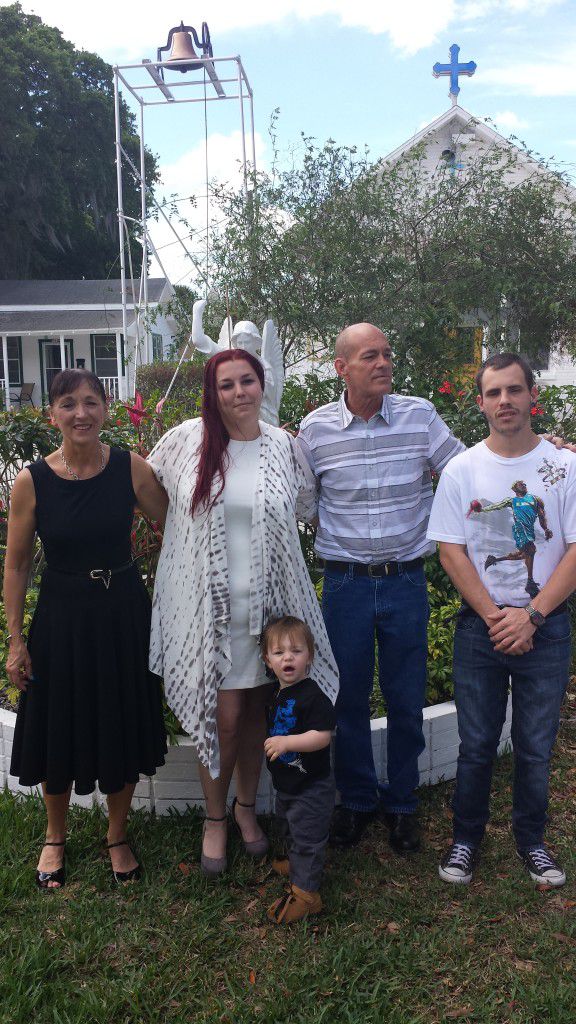 Me with the happy couple and their family.