On September 7, 2014, I had the privilege of officiating Hollie and Seth’s wedding at Golden Eagle Country Club in Tallahassee, FL. Golden Eagle Country Club is a wonderful venue for a wedding in Tallahassee because it’s full service. Meaning they offer tables, chairs, ceremony setup, linens, catering, bartending, day-of-coordinator, and much more. They offer many wedding packages that are much more cost effective than you would think. If you do have your ceremony at Golden Eagle there’s a beautiful white arch outside overlooking the lake. The arch can be decorated or not…either way it’s pretty. If it does rain on your wedding day and you are unable to have the ceremony outside there are a few cover and inside options that would be lovely for a wedding ceremony. 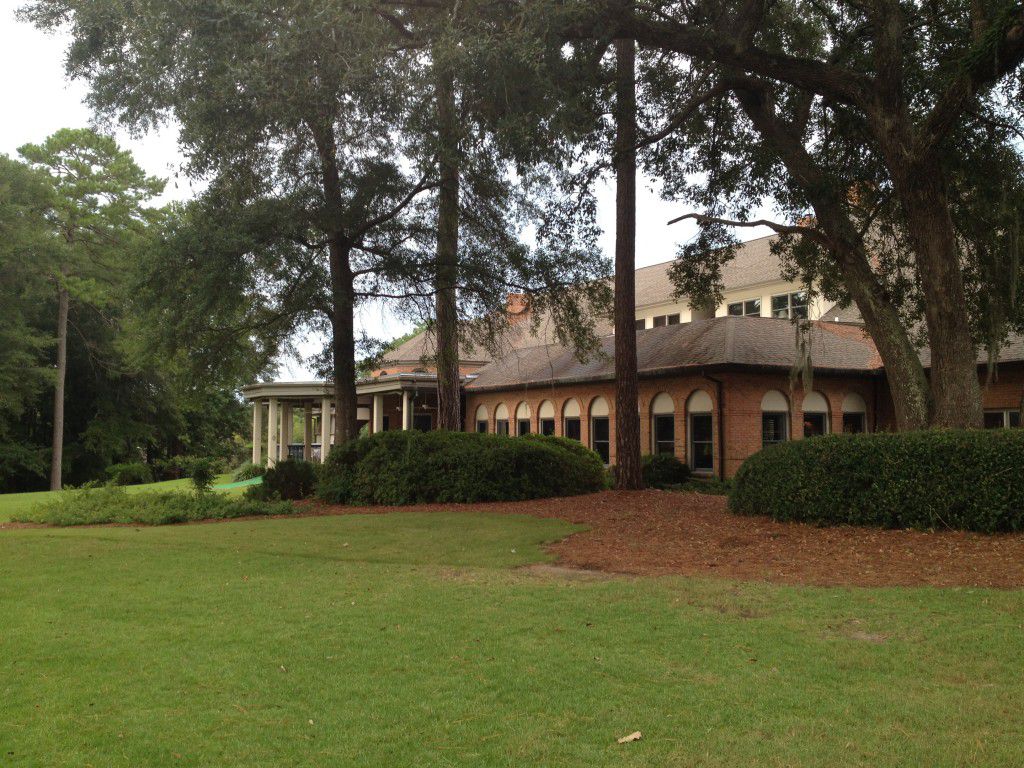 Hollie and Seth were very excited about getting married. They planned their wedding for about 1.5 years and had all the detailsorganized. The ceremony was outside with white chairs and rose pedals lining the isle. They had beautiful candles hanging from the white arch. It was absolutely gorgeous. During the ceremony they said their own special vows to one and other, and did a sand ceremony. 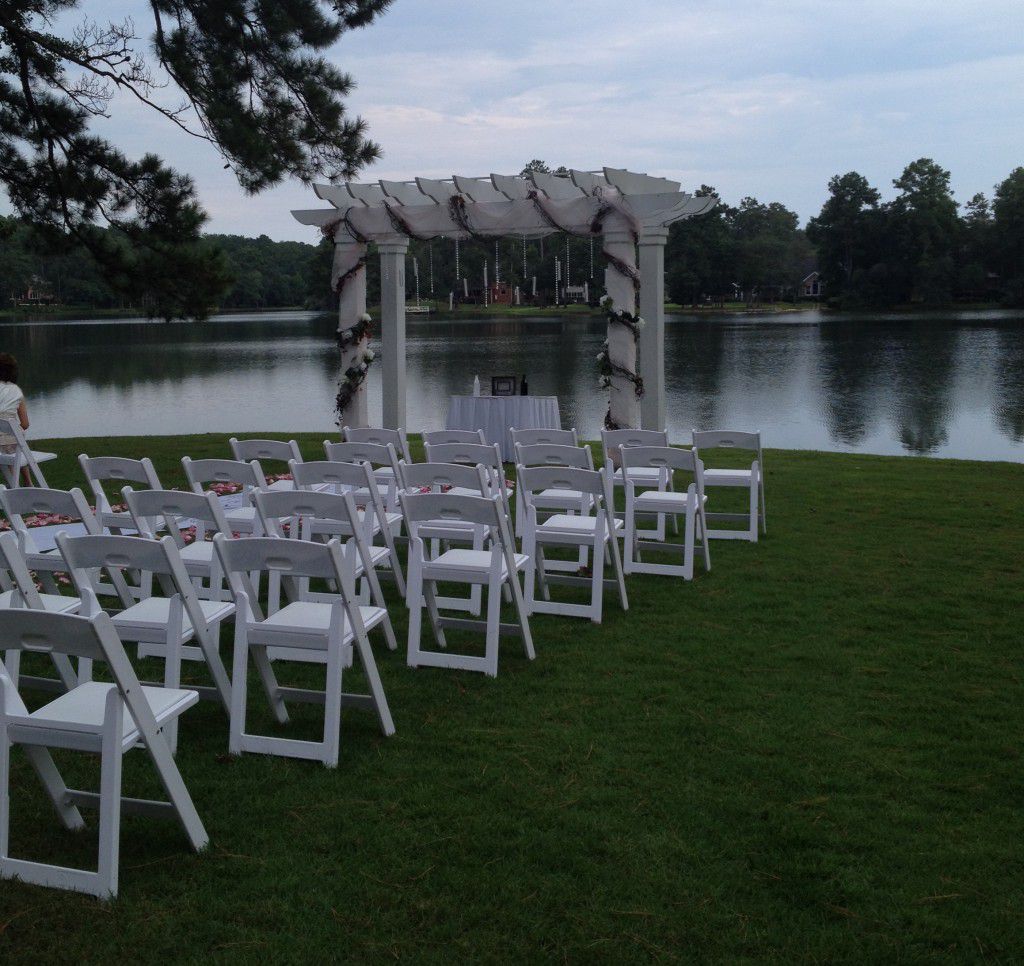 Outside wedding at Golden Eagle Country Club in Tallahassee, FL.

The inside reception room was decorated black and white linens. 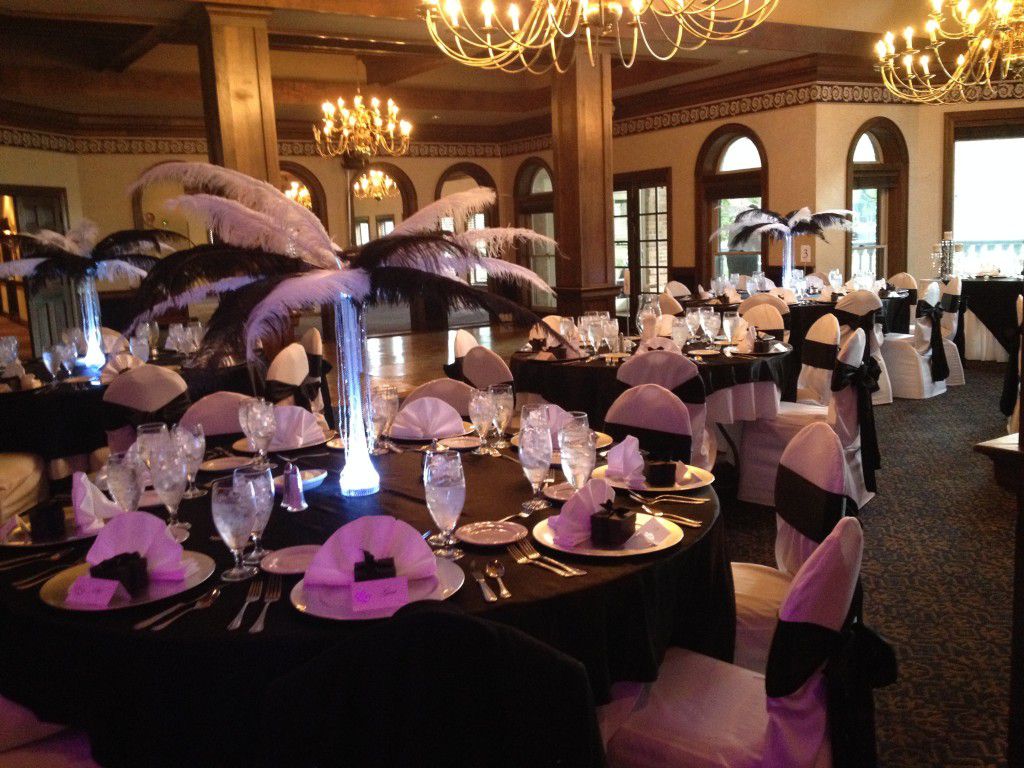 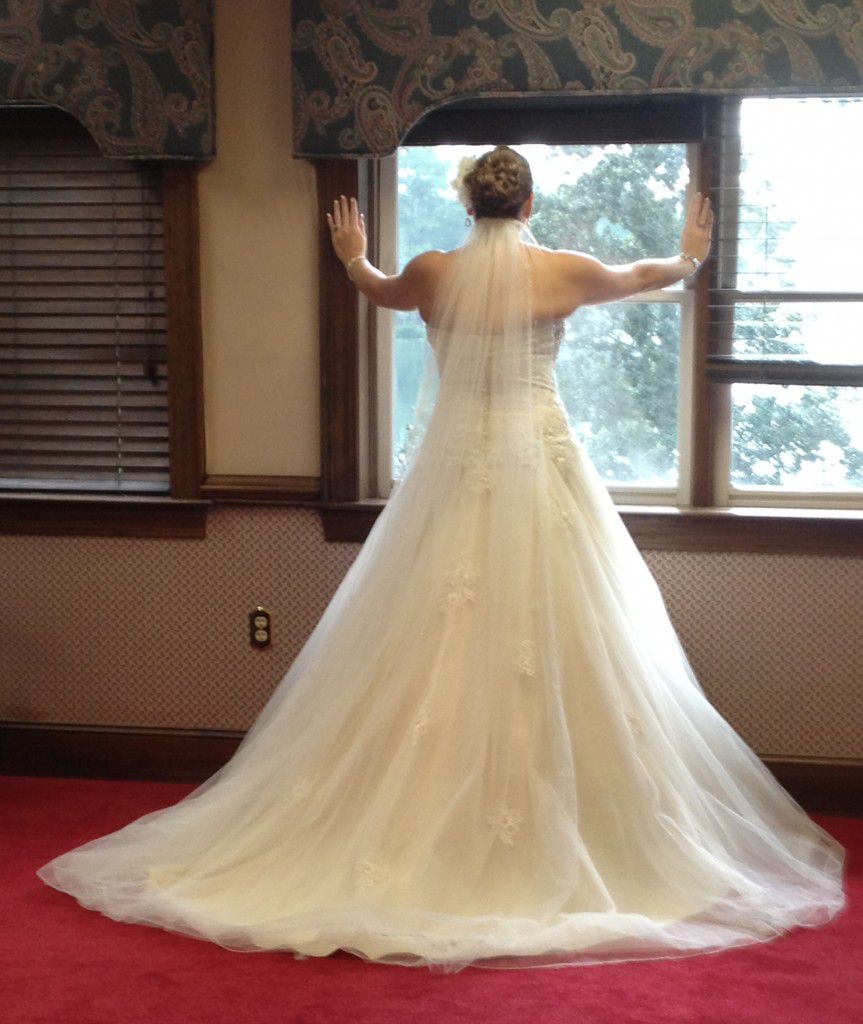 Another really neat aspect of Hollie and Seth’s wedding was that Hollie had a broach bouquet. She hired someone online to make it for her and it was gorgeous. It sparkled in the light like nothing I had ever seen! 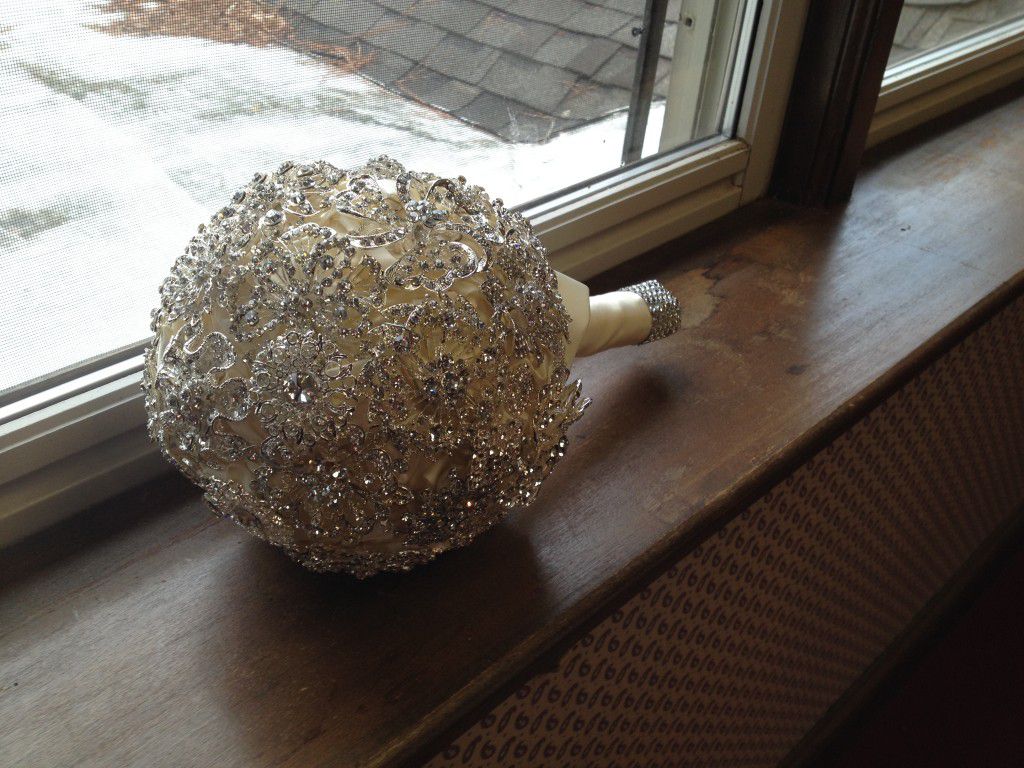 On the day of Hollie and Seth’s wedding there were some dark clouds and rain sprinkles. BUT fortunately when it was time for the ceremony all was clear and we were able to have everything outside. The ceremony was wonderful and I really enjoyed being a part of their wedding at Golden Eagle Country Club in Tallahassee. 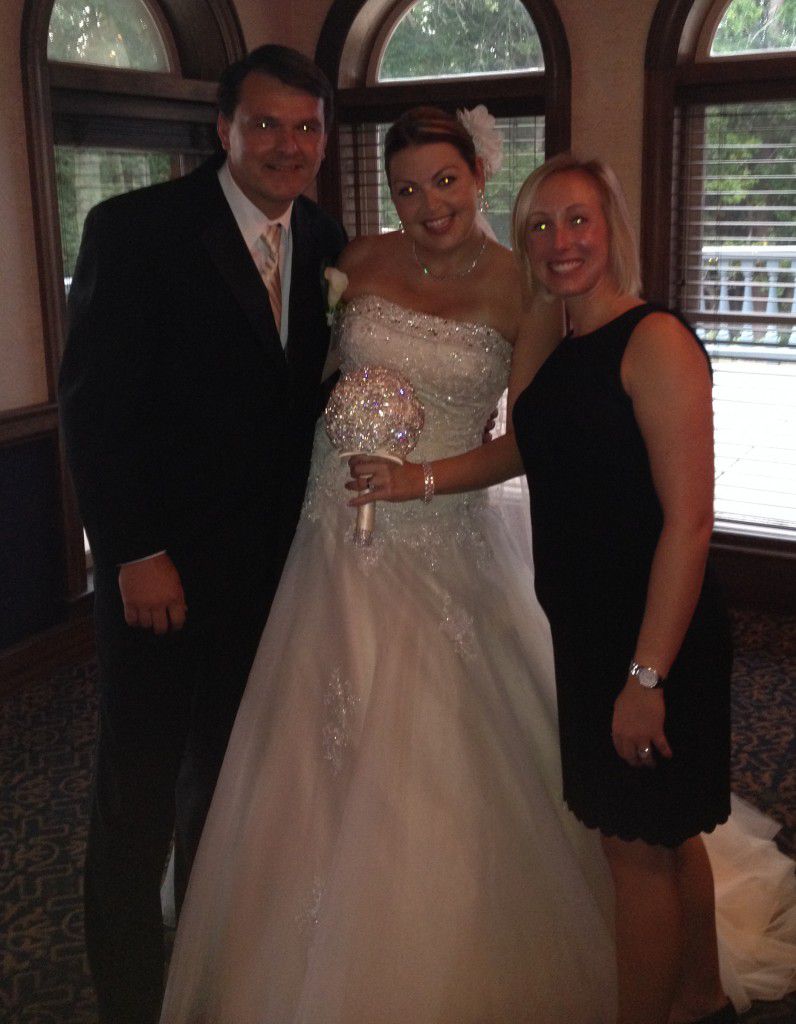