Garrett looked me up on Google Saturday afternoon while he was having lunch and e-mailed me asking if I could perform a impromptu Honeymoon Island Wedding. He just wanted a simple beach wedding ceremony on Sunday at Honeymoon Island. I was available so we decided on a time and location to meet. The plan for his impromptu Honeymoon Island wedding was to meet 6:00 PM on Sunday, August 17. At 5:00 PM Sunday Garrett called asking if George Sr. could take pictures. Soo I quickly got George out of the pool and had him come along with me to photograph the wedding while I officiated. We Garret his fiance, Jen, at a pretty spot on Honeymoon Island and had a beautiful beach ceremony.

Garrett and Jen have been together for over 7 years. They had been busy traveling with their 11 year old daughter who recently participated in the Jr. Olympic Tae Kwon Do competition and had a lot of recent traveling tournaments. They wanted to do more for their wedding, but didn’t want their marriage license to expire. So they were very happy that I could perform the ceremony and George taking photos was just the extra that they wanted.

Their daughter Danielle did her and her Mother’s hair. She was so happy to be the flower girl and was excited to be a part of the wedding. Jen looked so pretty. She held a bouquet of red roses and had a beautiful dress that was just fitting for a beach wedding.

The wedding was supposed to just be Garrett, Jen and their daughter, but once word got out they ended up having a few friends show up….Everyone loves a wedding. 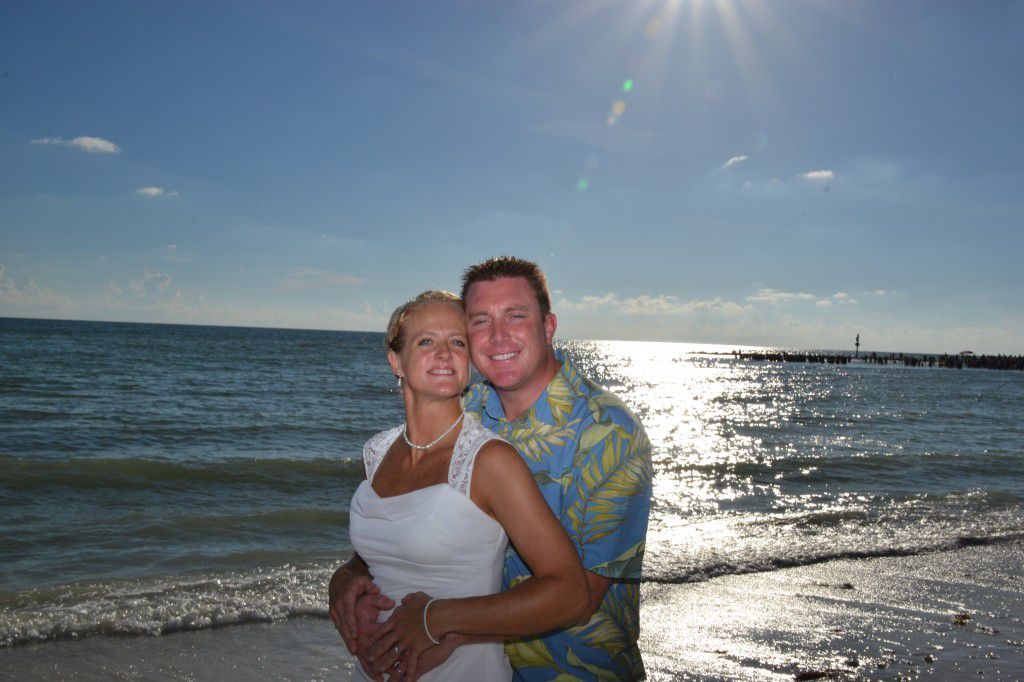 Garret and Jen at their impromptu Honeymoon Island wedding. Photos by George Sr.

Garrett e-mailed me that night shortly after I got home and wrote, “Thank you!!! You did an awesome job and we appreciate your services.”

I love being able to coordinate a impromptu wedding and make everything work out how the couple wanted!