Terry and Roger are great men! On February 8th they had a sweet and simple wedding at their home in Tallahassee, FL.

They were surrounded by a few close friends and their two sweet dogs. I had the honor of officiating their ceremony. It was a beautiful day for a wedding. I officiated the ceremony on their back patio. It was a heartfelt ceremony that referenced their dogs and how they met. Terry and Roger had asked me to arrange for a photographer so I hired Lance Oliver Photography. During and after the ceremony Lance took tons of awesome pictures. It was really fun to see Terry and Roger so happy and surrounded by love. 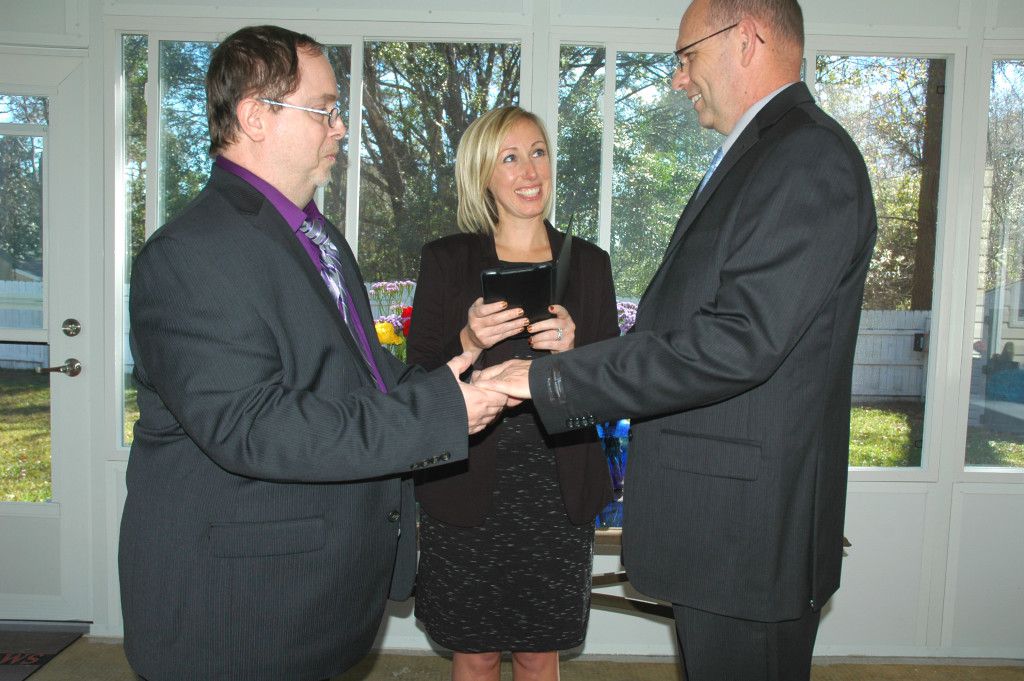 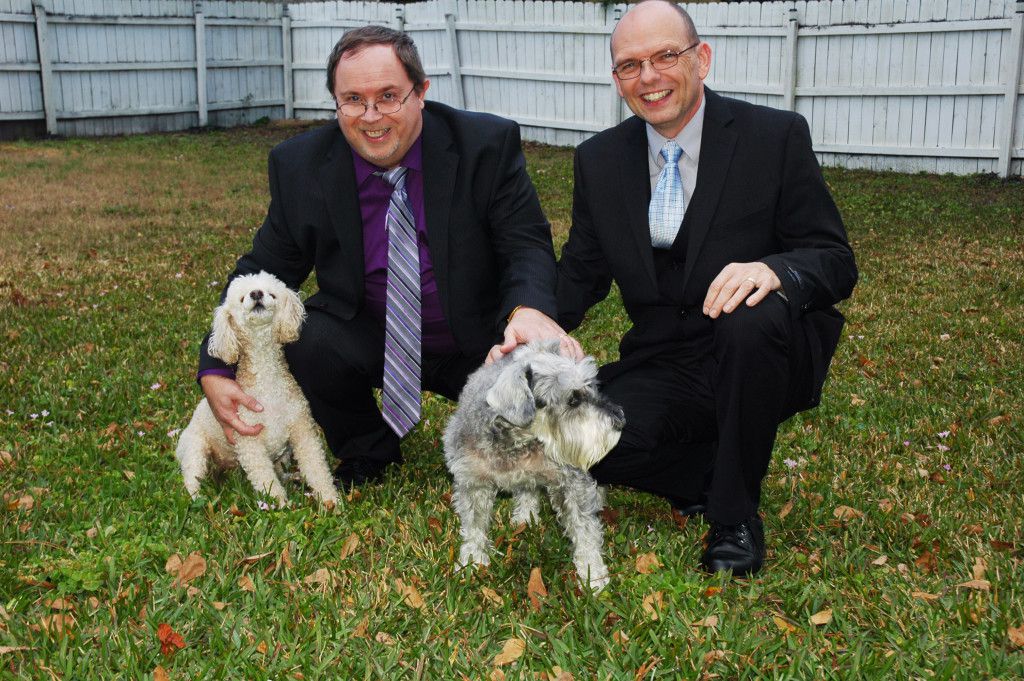 After the pictures concluded, they cut their beautiful cake. The cake was from Artistic Confections. A friend had sent them a groom and groom cake topper. It was really perfect. 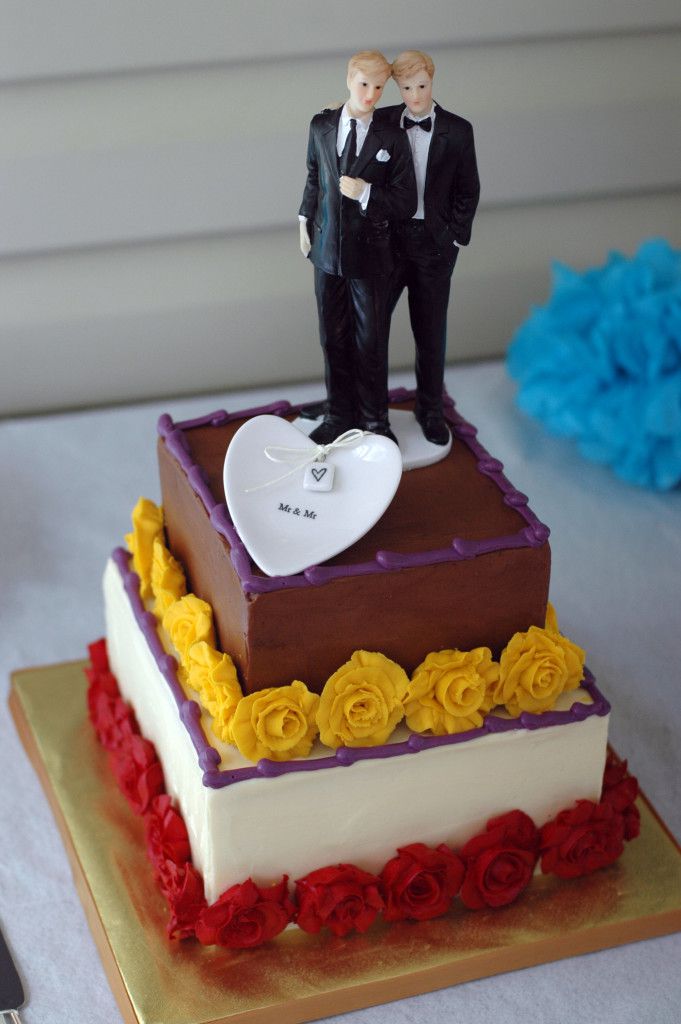 Beautiful cake for Terry and Roger’s wedding ceremony at their home in Tallahassee, FL. Photo by Lance Oliver. 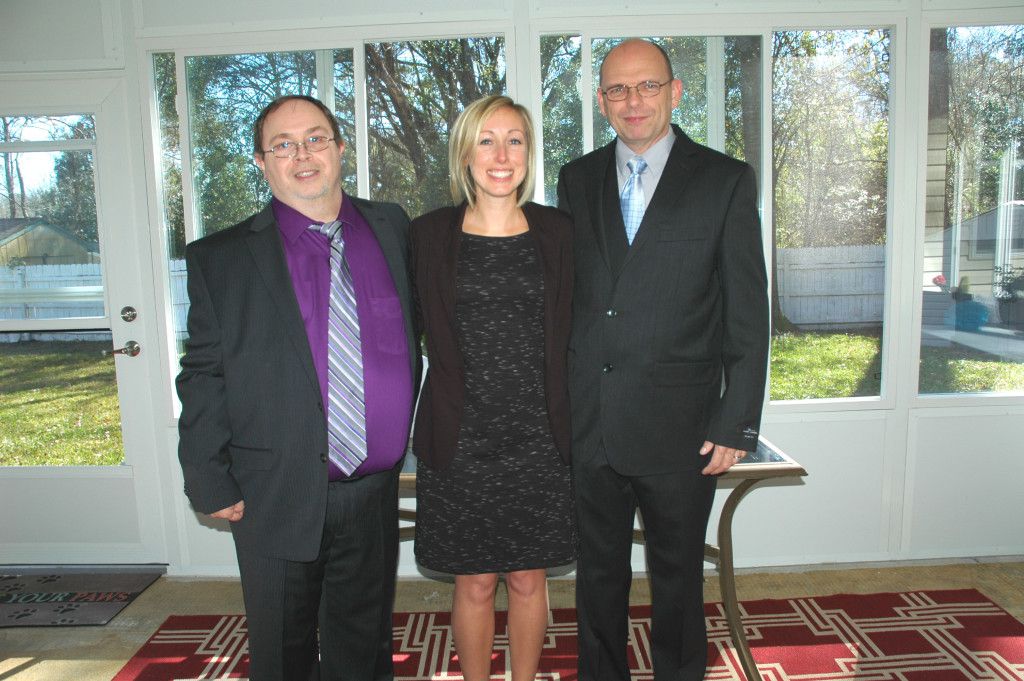 Me with the newlyweds! Thank you for allowing me to officiate your Tallahassee wedding ceremony!! Photo by Lance Oliver.