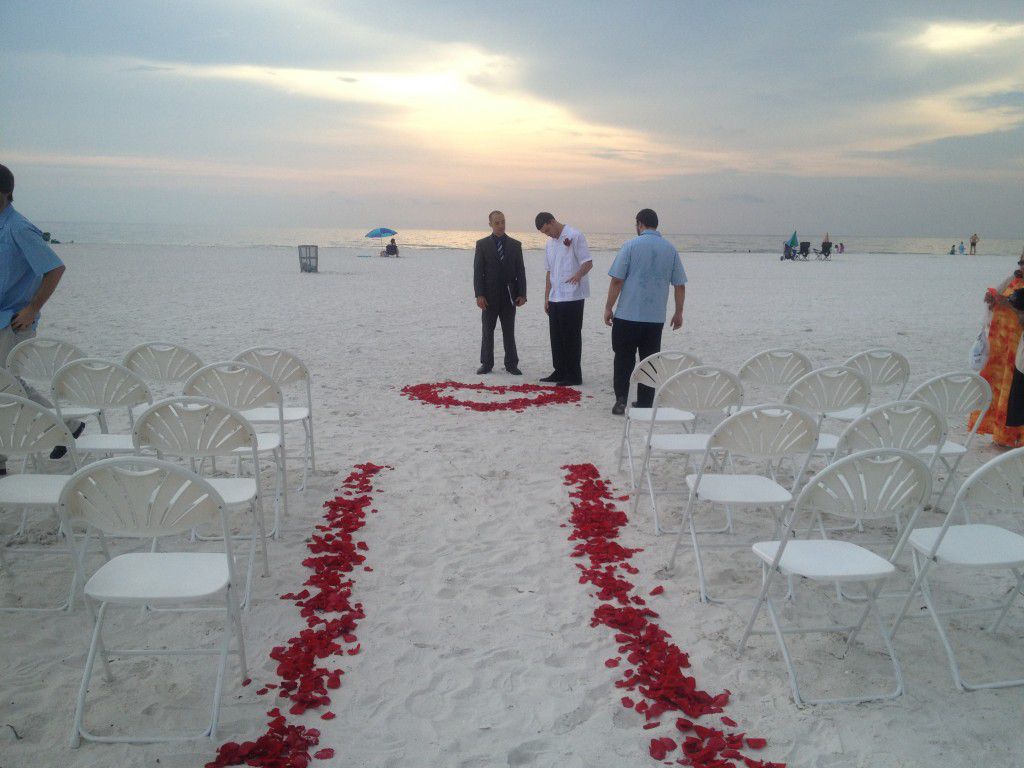 George Jr. getting ready to officiate Lisette and Hernando’s Spanish wedding on Clearwater Beach. Rose petal isle, heart in sand, and chairs organized by us! 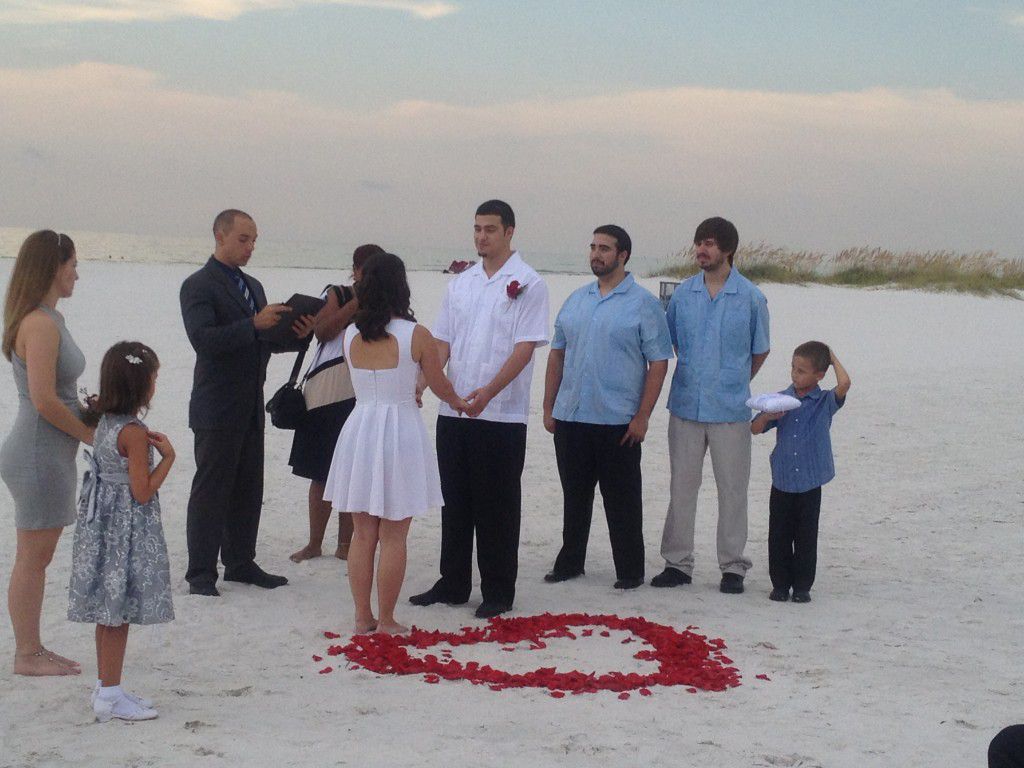 Lisette and Hernando have been together for a little over a year. Hernando works with produce. He took Lisette out horseback riding one day and they were going to have a picnic after. When they got back to the picnic she went to have watermelon and saw that he had carved out, “Lisette, will you marry me?” She was so surprised, and we all know what her answer was 🙂

August 23rdwas a hot summer evening for their wedding on Clearwater Beach. Lisette looked beautiful as her father walked her down the aisle to Hernando. 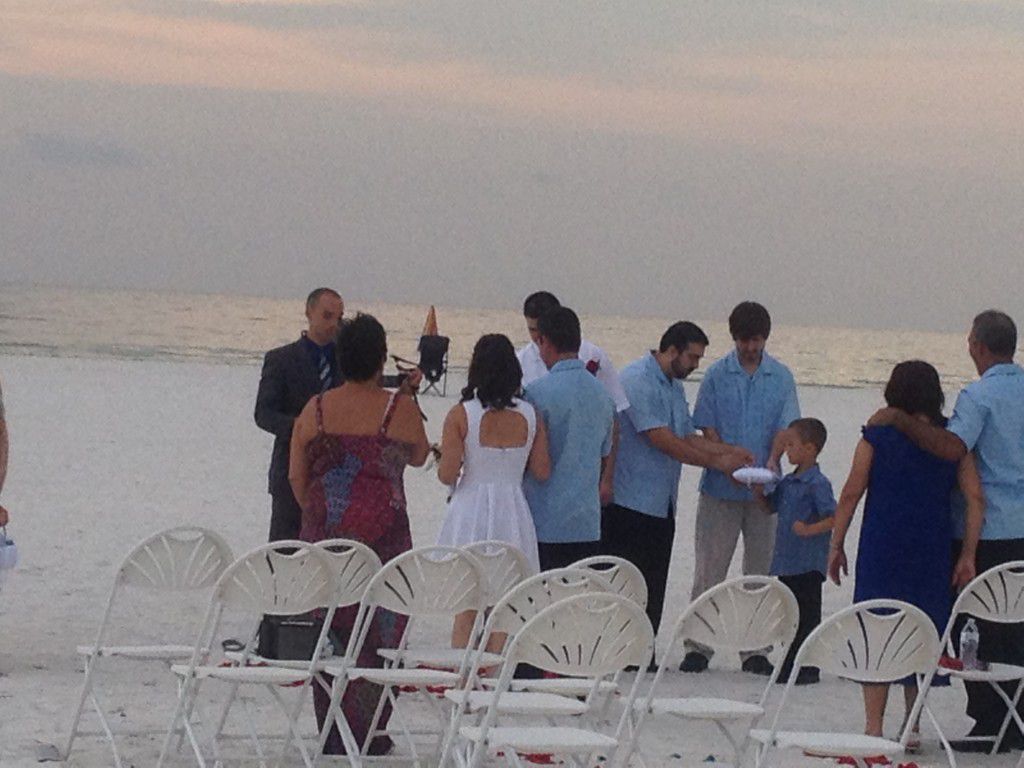 Lisette’s Dad walked her down the isle.

George Jr. performed their Spanish ceremony and everyone was happy!! 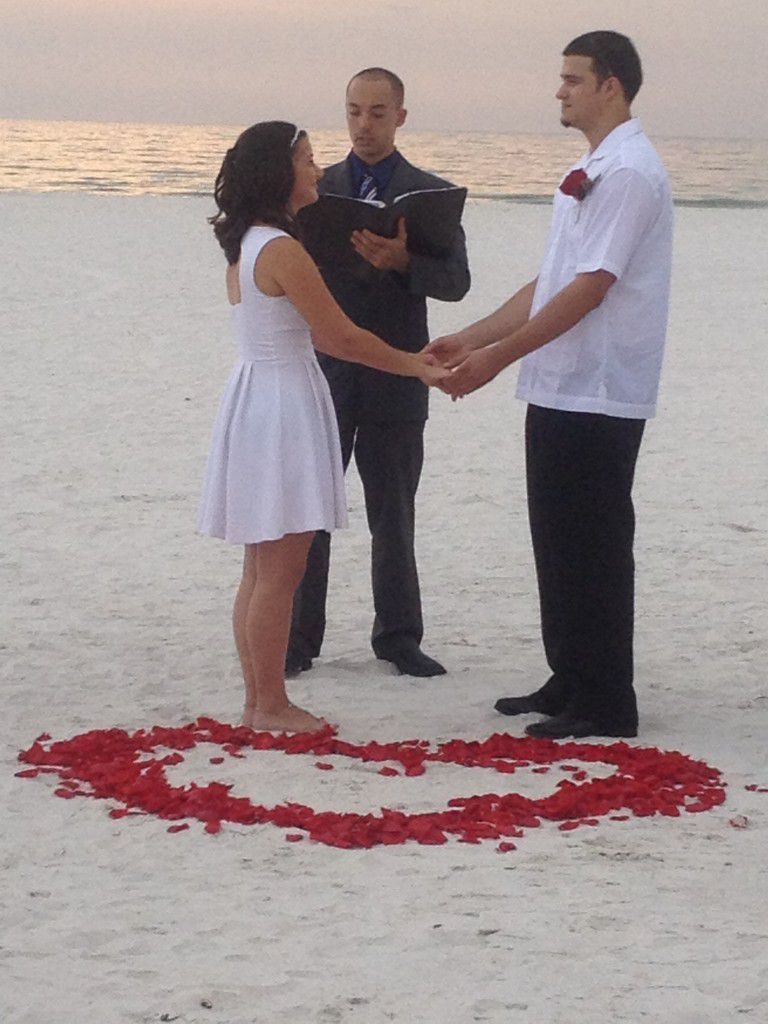