So often we hear couples stressed about their wedding. They get so many suggestions and ideas from so many different people that they don’t know what to do. Planning your wedding should be fun. Couples shouldn’t feel pressured into doing something they can’t afford or don’t necessarily want to do just because someone else has done it or what someone else thinks you should do. Your wedding is YOUR day. The bottom line is you are getting married to the person you love most. The wedding should be what you should want and feel comfortable with, as well as, what works within your budget. The internet offers so many wonderful resources to help couples in planning their wedding. A great source for wedding planning ideas is Pinterest. On Pinterest you can find anything from wedding dresses, makeup, shoes, invitations, ideas for small, medium, large or elopement ceremonies you name you will find it on Pinterest. But it also can make you crazy!! Keep in mind many of the images you see on Pinterest are from styled wedding shoots with very very large budgets. 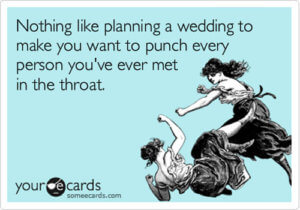 Keep Calm! Your Getting Married!

A professional wedding officiant can guide you with all you need for a smooth ceremony including preparing your vows and performing your ceremony. When considering an officiant service price is frequently one of the first questions. Our officiant services reflect our professional services and years of experience. We hear some nightmare situations where officiant cancelled, got nervous and backed out last minute, or showed up unprofessionally dressed. There are many things to think about that quite often when considering a friend or co-worker perform your ceremony that can be overlooked. We are always available to answer any questions or concerns you may have in planning your wedding. Have fun with your wedding planning. It’s your special day. 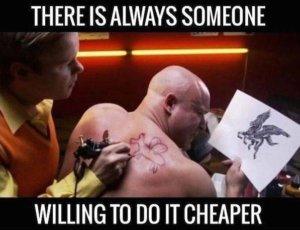 Our prices reflect our years of experience and professional service. We urge you to consider quality and price when selecting wedding vendors.

It’s been a busy weekend with Sunrise, Afternoon, and Sunset Clearwater Wedding Ceremonies! 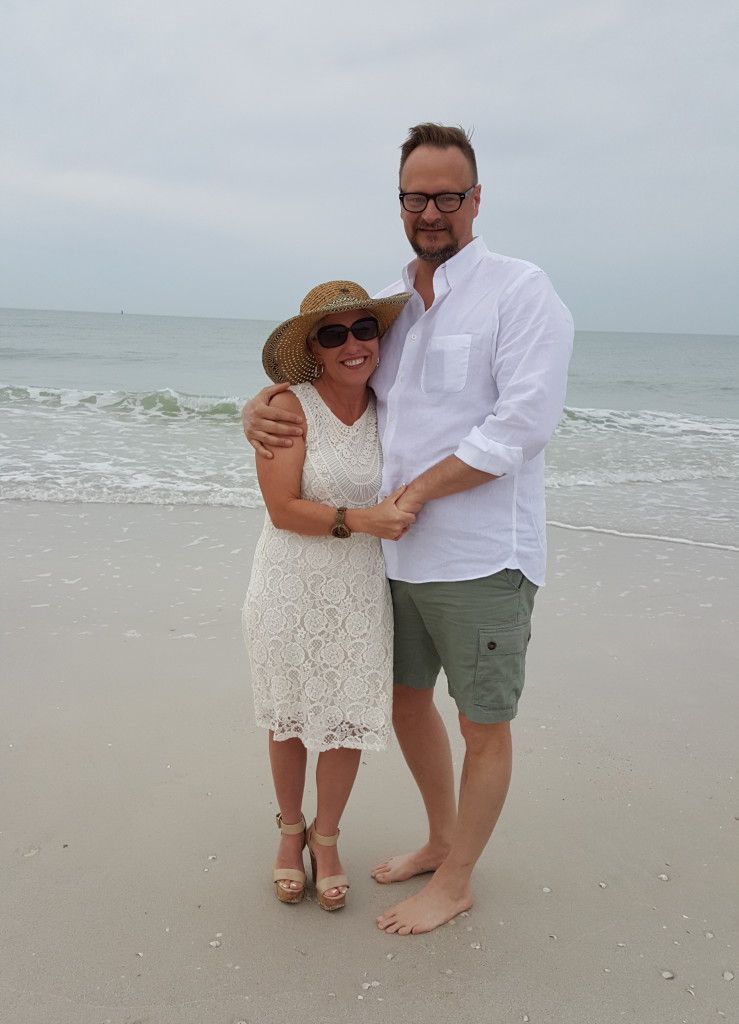 Last Saturday, Mary and Dale had a sunrise ceremony on Clearwater Beach. Mary and Dale were visiting Florida from Arkansas and wanted to elope on the beach. When I first spoke with Mary she wasn’t sure about what time for the wedding. I told her, “sunrise is the nicest time for a beach ceremony.”  We agreed to have their wedding on Saturday morning at Clearwater beach. On Saturday morning the beach was so quiet and still. All we could hear were the sea gulls and rolling waves. We had a few “guest” dolphins present. They swam by as I performed the ceremony. It was truly a perfect setting for a Florida beach wedding.  Mary and Dale were so excited. They both thanked me so much for a beautiful wedding! 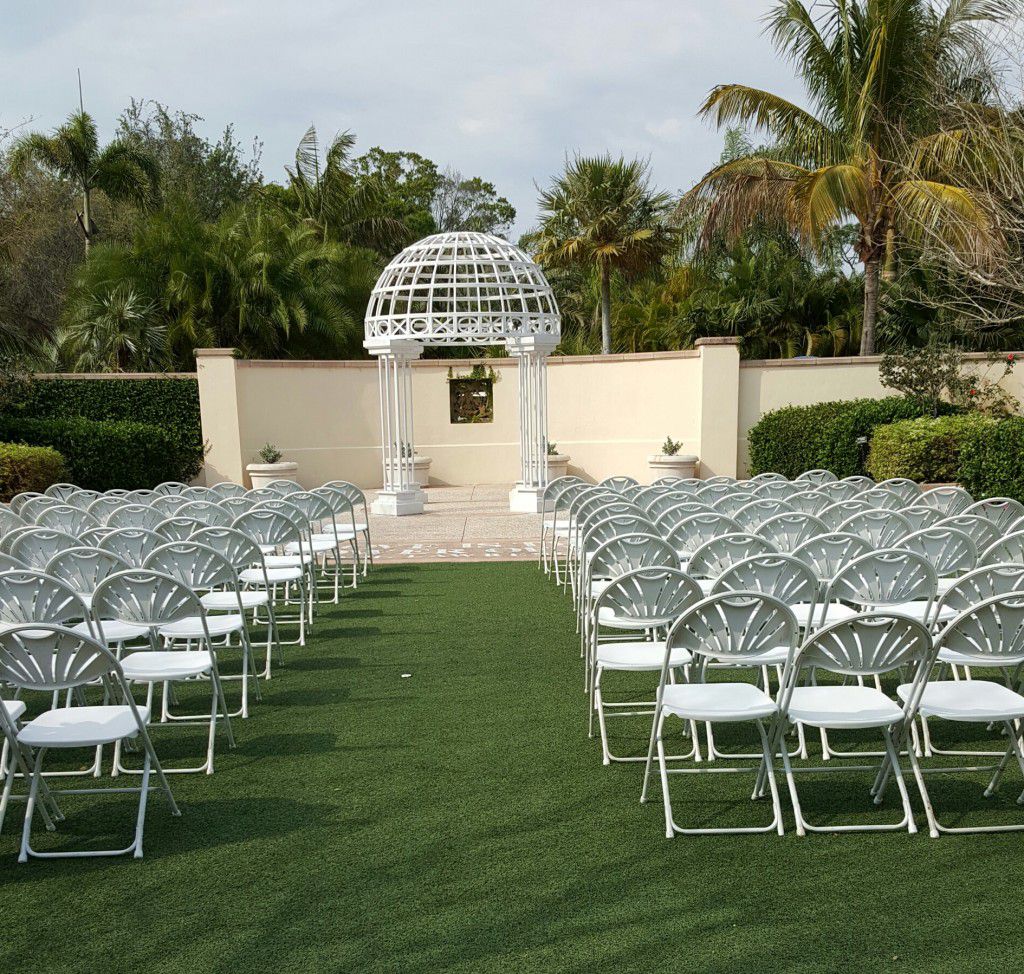 They had setup chairs, a DJ, and Orange Blossom catering was doing the the outdoor reception after ceremony. They were able to keep the wedding simple, yet very tastefully setup. There were covered tents for the dinner and each table was setup with a vase of roses for centerpieces.  Carly looked so pretty! I had to get a picture of Carly by the walkway to the wedding garden where a beautiful archway of lavender flowers were overhead. Carly was a very organized bride. She asked me for a rehearsal guide and she put everything together for her ceremony. She and Brody are a real fun couple. It was so obvious that they truly love each other and have a lot of fun together.’ 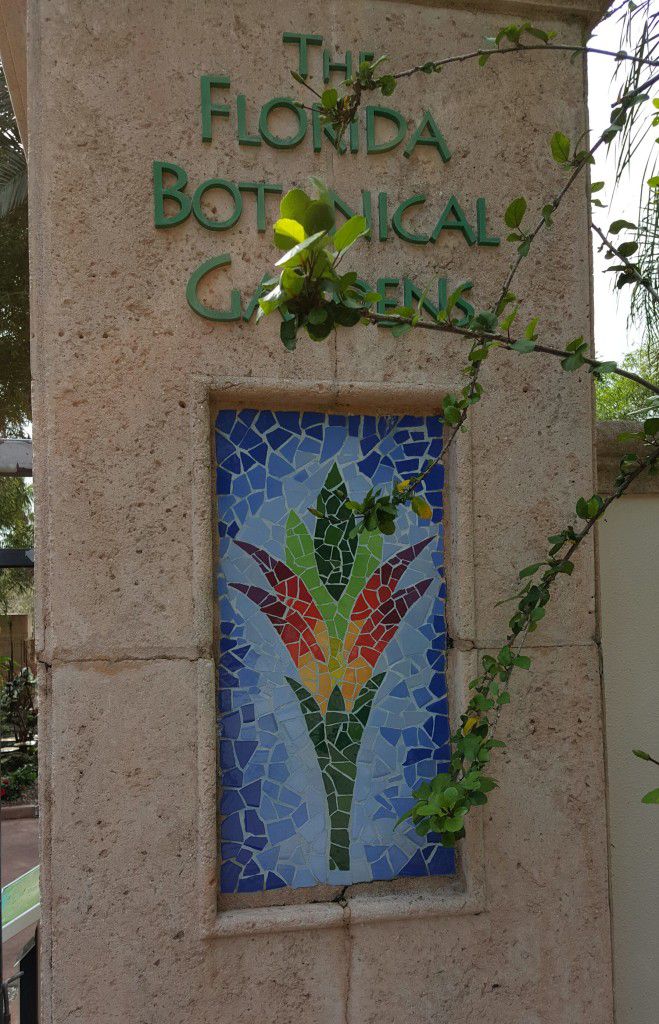 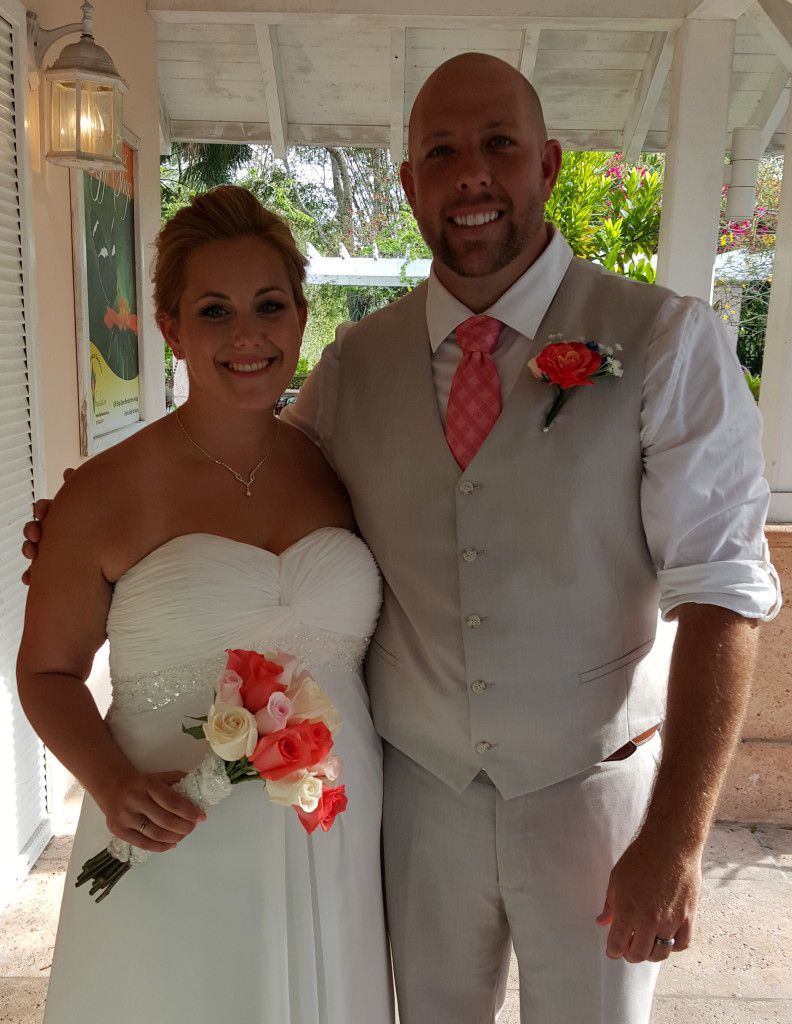 I ended the Saturday with a beautiful sunset wedding on Clearwater Beach. Samantha and Scott flew into Tampa from New Hampshire Saturday morning. They were leaving for a week long Norwegian cruise out of Tampa on Sunday with a number of family and friends. They wanted to be married on Saturday at sunset. Samantha had corresponded with me asking me if this could be done since they weren’t getting into Florida until the day of the wedding. I told her if we did our convenient Florida Marriage License by Mail service, I could obtain their Florida Marriage License without them ever coming to Florida and then we could marry them on Saturday!  She was delighted about this service!! I put a Clearwater wedding package together for them including: Officiant, Florida Marriage License by Mail, Photographer (Photos by George Sr.), and a fresh rose petal heart in the sand. Samantha and Scott had a about forty family members who attended the ceremony. Samantha and Scott were both a bit nervous. They didn’t know what to do so I spoke with Samantha and went over everything. On the wedding day George Sr. and I, arrived early to go over everything with Scott as well. Samantha and Scott and their guests were staying in Tampa.  They arranged for the Super Shuttle to take everyone to Clearwater for the wedding and pick them up later- what a great idea!!! It worked out so well because Clearwater Beach is very busy and parking spots are hard to come by. Everything turned out perfect! Samantha and Scott were so pleased and  said we made everything so easy for them. They thanked us for going above and beyond and making it more than they ever expected 🙂 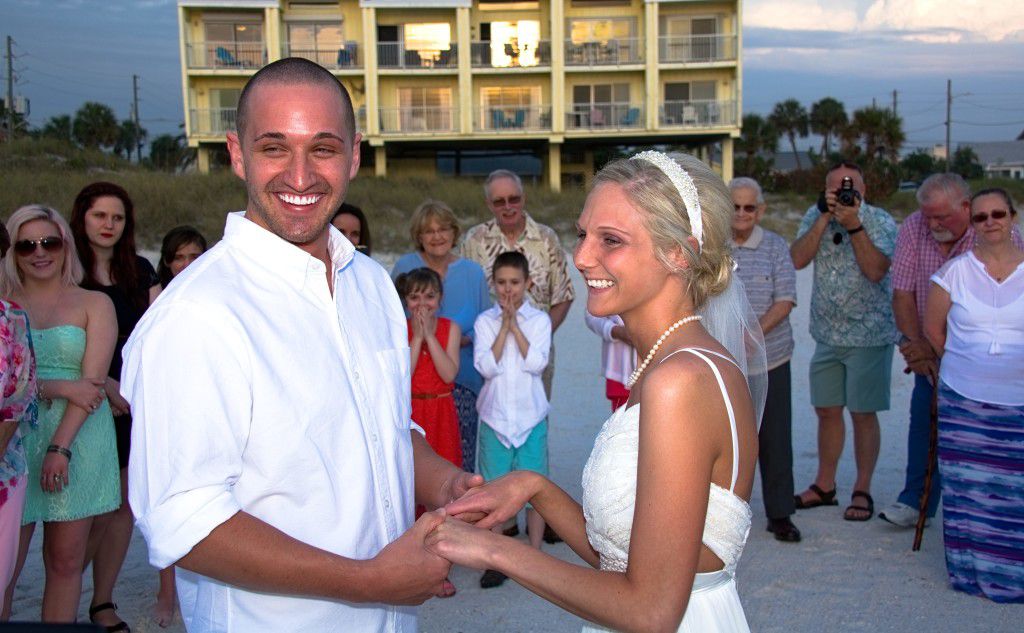 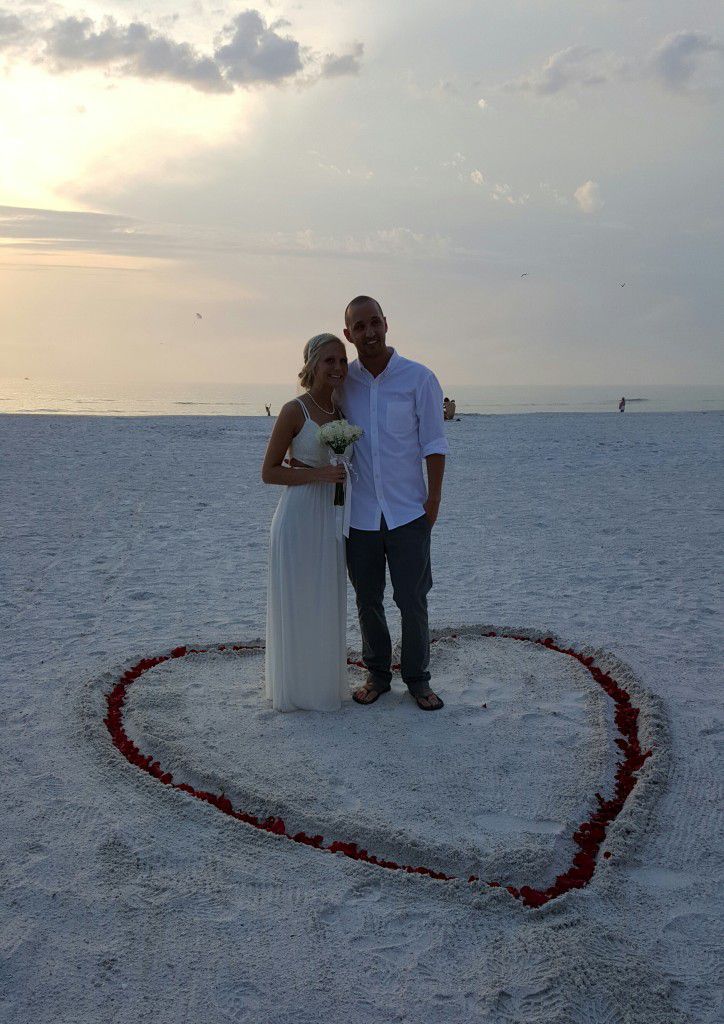 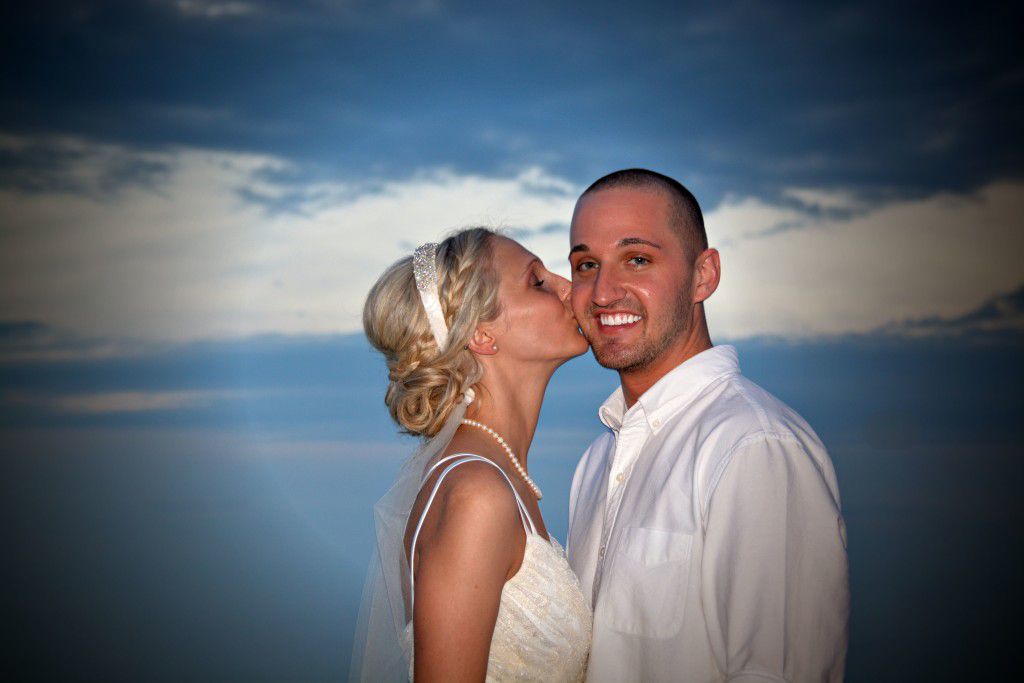